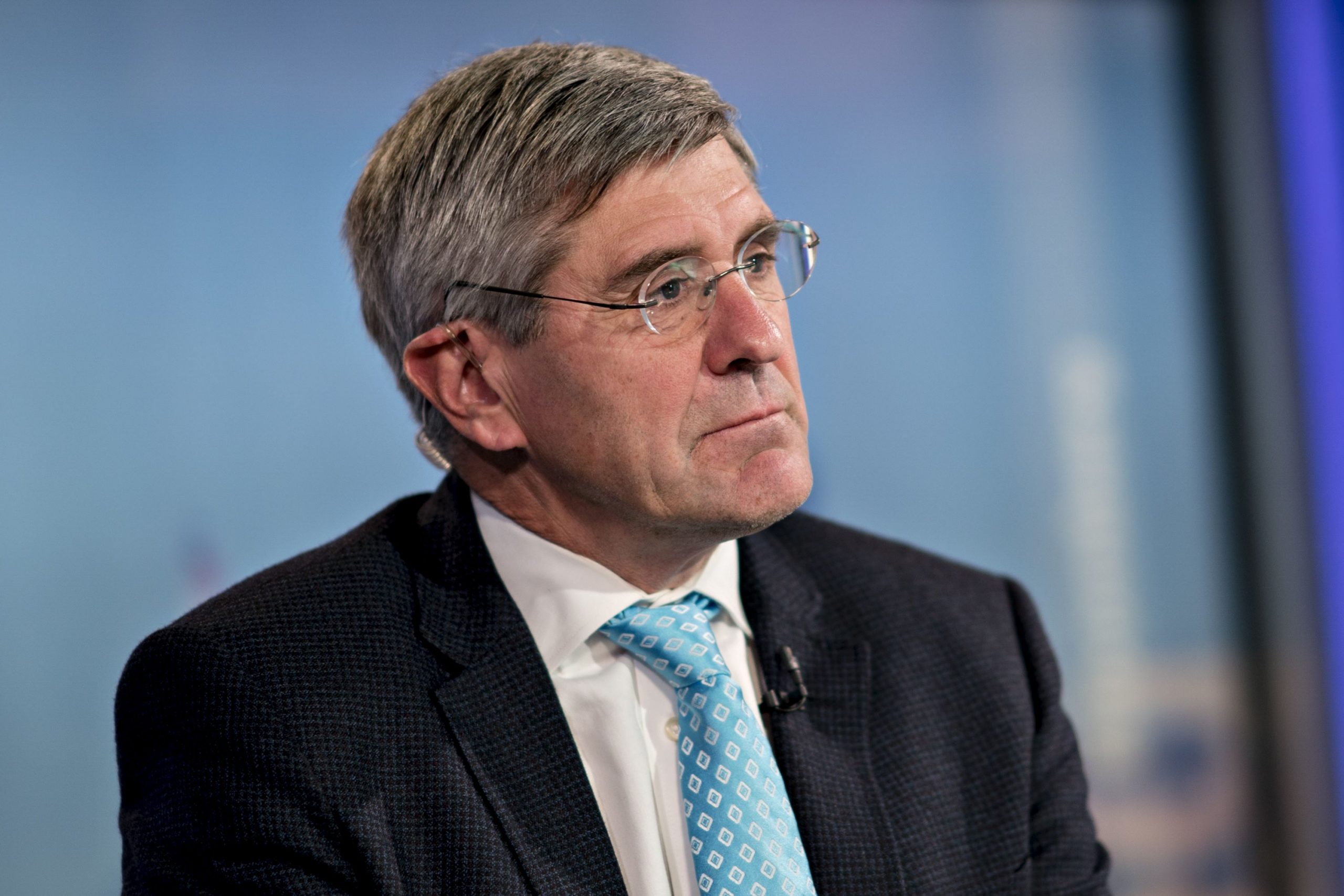 President Donald Trump is an “exaggerator” who knew his policies wouldn’t generate the 5% growth he had promised while campaigning, according to Stephen Moore, who served as a campaign advisor to Trump and was a prospective Fed nominee.

In an interview with Mehdi Hasan, columnist at The Intercept, Moore stopped just short of calling the president a liar, but did say Trump hurts himself with falsehoods.

“He should stop saying things that are untrue,” Moore says in a clip from Al Jazeera English television show that Hasan provided on his Twitter feed.

The Trump-backed tax cuts and deregulation measures led to 2.9% growth in 2018, a year after U.S. GDP rose at a 2.4% pace. However, growth has slowed this year and some economists believe a recession could be a year or so away.

Moore was part of the economic team that put together the president’s growth package.

In March, Trump said he would nominate Moore to an open Federal Reserve governorship. Moore pulled his name from consideration two months later amid a battery of embarrassing headlines surrounding opinion columns he had previously written as well as allegations from his divorce proceedings.

During his interview with Hasan, Moore concedes that Trump can be “a jerk in public” but said he likes the president.

“I think people underestimate his intelligence,” Moore said. “I bet his IQ … I think he’s probably got about a 180 IQ. The guy is amazing, his breadth of knowledge about the world affairs.”