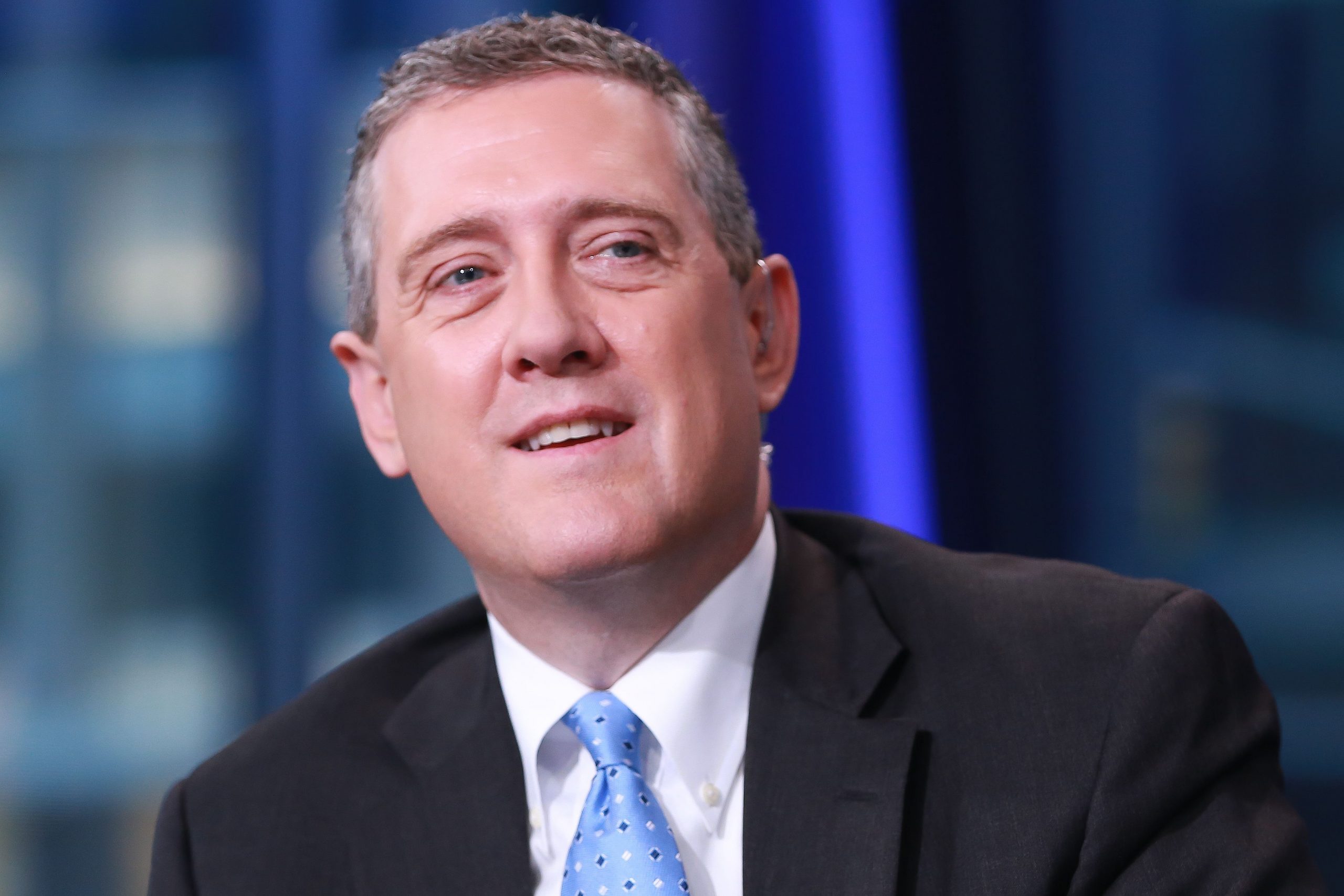 James Bullard, president and CEO of the Federal Reserve Bank of St. Louis.

As a result, the Fed “may choose to provide additional accommodation going forward, but decisions will be made on a meeting-by-meeting basis,” he said in remarks to a conference in London on Tuesday.

Bullard did not specifically discuss the preliminary trade deal reached between the United States and China last week, instead he stressed that the uncertainty around global trade was likely to last, potentially for years.

“I’m not expecting any of this to go away in the years ahead,” he added, later telling reporters that the tensions had opened a “Pandora’s box” on a potential reversal of global trade openness.

Bullard also outlined the Fed’s playbook for dealing with a potential “ordinary recession”. He said the options to slash borrowing rates to zero, restart asset purchases and provide supportive policy promises, were still “state of the art”.

But negative interest rates, adopted in large parts of Europe and Japan since the global financial crisis, were not on his list.

“I’m not a fan of this policy. Negative interest rates have had mixed results where they’ve been tried,” he said, adding that it was not clear either how multitrillion-dollar U.S. money markets would adapt to such a policy.

Bullard is generally seen as one of the more dovish Fed policymakers. When the central bank reduced interest rates by a quarter of a percentage point in September, he argued for a deeper half-point cut.

However, in his speech on Tuesday he did flag that if the risks now facing the world’s largest economy turn out to have been overstated, the Fed might actually start raising rates again next year.

He also expressed hope that the recent switch back to rate cuts may have fended off a recession in the near term.

“We are lowering the policy rate today, we are taking on board downside risk, but we can take back that insurance in 2020 or 2021 if it turns out we were overly worried about the downside risks.”

He also sketched plans for the Fed to start new ‘repo’ funding operations in the wake of recent money market troubles caused by sudden surges in demand for cash.

The idea would be to give banks more opportunities to access Fed funding. “I am hoping we will go to a repo facility,” Bullard said, adding something could be in place in six months.

“With that, you won’t have this issue of the policy rate trading outside the (Fed policymaking) committee’s range.”