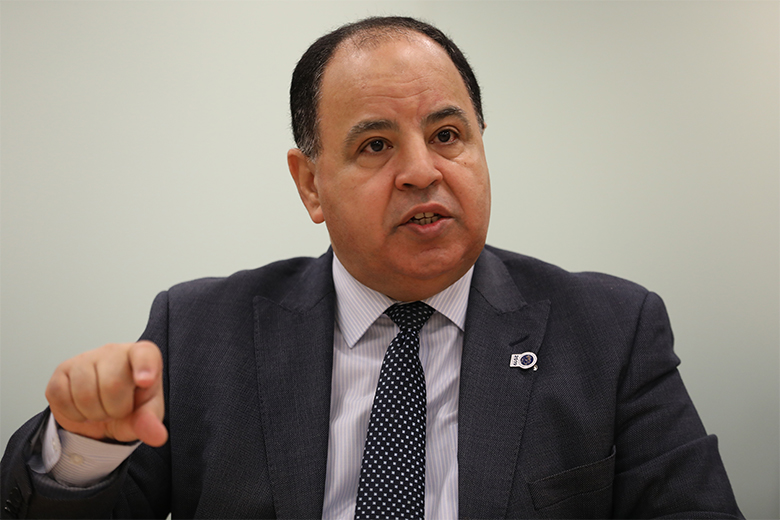 Egypt hopes to agree on a new IMF funding package by the end of March, and is on track to implement the structural reforms still needed to attract foreign investment, its minister of finance Mohamed Maait tells Euromoney.

During informal talks, Egypt has told the International Monetary Fund that it would like to continue a programme of engagement after its three-year $12 billion extended fund facility ends in November, Maait says.

“We have already started talking with the IMF about a future engagement and we have been in informal discussion about what will be the coming engagement, and we have put a target to finish this discussion by end of March,” he reveals.

The country has made remarkable progress under the stewardship of the IMF’s $12 billion extended fund facility. Egyptian growth is on track for around 5.6%, the fastest in the region, and it is now running a primary surplus of 2% of GDP, from a deficit of nearly 11% just three years ago.

But austerity has prompted anti-government protests in the country, building pressure for the government to loosen its fiscal stance, something which Maait is keen to address.

The programme has been very harsh. The heroes are the Egyptian people who have paid the price for the very difficult reforms and wanted to see the country change

“The programme has been very harsh,” he says. “The heroes are the Egyptian people who have paid the price for the very difficult reforms and wanted to see the country change.”

Earlier this month, the government reinstated subsidies for two million people. This provided the first sign that the authorities are shifting towards a more accommodative stance, according to Capital Economics analyst James Swanston.

However, there is some scope for fiscal loosening, and the government could undertake a stimulus equal to 0.5% of GDP and keep the debt ratio stable, Swanston adds.

International investors have heralded the success of Egypt’s reform programme but are keen to see progress continue.

“We know we have to take a lot of steps to open the door to more private sector participation in our economy and attract new foreign investment,” he explains.

Recent measures taken include last week launching a website through which investors can directly purchase industrial land, reducing the cost of energy for certain industries, freezing the cost of electricity, and working on a system to automate trade procedures to reduce the time and cost, according to Maait.

Georgieva also called on Egypt to reduce the role of state-owned enterprises in the economy, which remains a key priority, Maait says.

“We aim to complete five to six IPOs by June 30 next year from different sectors,” he explains. “Two are ready to go. The listings will be domestic but we would love to see foreign investors coming in.”

Earlier this year the government sold a 4.5% stake in tobacco producer Eastern Company. It is the first successful listing from a programme announced in 2016.

Pharmaceuticals manufacturer Rameda is continuing to target a local listing on the EGX, and may also offer global depository receipts in London, according to a banker.

“There is a full pipeline over the course of 2020 from both private sector issuers and the government IPO programme, which should provide much-needed new investable ideas for investors and a boost to stock market liquidity,” says Amr Helal, CEO for North Africa of Renaissance Capital.

Progress has also been made in opening up Egypt’s capital markets to foreign investors. Egypt is working with Euroclear to enable its debt to be cleared outside of the country which would bring in more international investors and lower the cost of its local currency debt.

The term sheet, signed with Euroclear on October 18, outlines its plan for new issuance, bringing the sovereign a step closer to the launch, which should happen at the end of 2020 according to sources.

Local Egyptian bonds have been one of the best-performing emerging market assets this year.