Fed to cut rates again, but other economic concerns are emerging ahead of election: CNBC survey 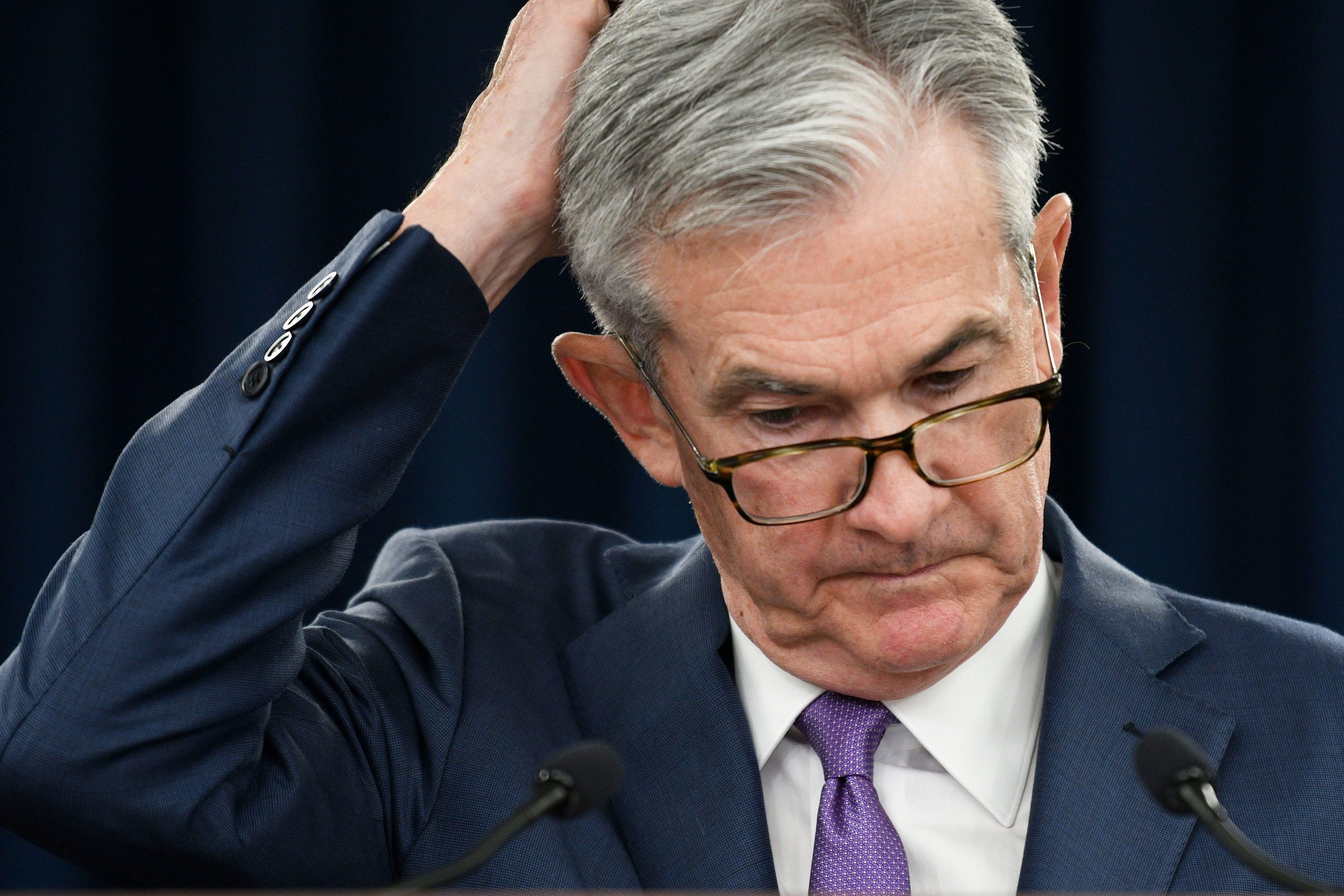 Even while the stock market breaks out to new records, the CNBC Fed Survey finds elevated concerns over recession, growing divisions about the outlook for monetary policy and worries about the economic policies of both President Donald Trump and Democratic contenders for the presidency.

“After the next cut, the fed funds rate would re-enter the zone where there is no evidence that further cuts help the economy,” wrote John Donaldson, director of fixed income at Haverford Trust Co. “If ultra-low rates and negative rates are such a panacea, why aren’t Japan and Germany growing at 6% rather than teetering on recessions?”

For the U.S., respondents now see a 34% chance of recession in the next year, the highest since 2011, amid elevated concerns over protectionist trade policies and global economic weakness. While recession is not the base case, respondents forecast economic growth at just 1.75% this year, down from 2.9% in 2018, and then rebounding to 2% in the next two years. Respondents expect the unemployment rate to tick up above 4% by 2021.

As a result of the lukewarm economic outlook, expectations for the stock market are modest. The S&P 500 is seen rising to only 3,228 by the end of 2021 for a gain of just over 6% in the next two years from the current level.

“The most critical issue facing the economy is the trade war and interest rate cuts will do little to change the course of growth as long as the threats of tariffs persist,” wrote Joel L. Naroff, president, Naroff Economic Advisors.

Although twice burned, respondents to the CNBC Fed Survey once again had confidence in a positive outcome to trade talks. Eighty-three percent believe Washington and Beijing will sign a limited trade agreement this year, a level of conviction rivaling prior predictions for U.S.-China deals that proved wrong. Meanwhile, 76% say tariffs have resulted in higher prices for consumers and 60% believe tariffs have played a “significant role” in the global slowdown. About 60% have reduced their growth forecasts for this year and next due to tariffs.

2020 presidential candidates Senator Bernie Sanders, an independent from Vermont, from left, former U.S. Vice President Joe Biden, Senator Elizabeth Warren, a Democrat from Massachusetts, and Pete Buttigieg, mayor of South Bend, arrive on stage for the Democratic presidential candidate debate in Westerville, Ohio, U.S., on Tuesday, Oct. 15, 2019. The candidates meet for the fourth debate after an extraordinary series of events that has dramatically altered the race since the last forum in September. Photographer: Allison Farrand/Bloomberg via Getty Images

While there is continued concerns with the president’s trade policies, respondents don’t give Democrats much better marks on economic policy. On a scale of 1 to 10, with 10 being the best policies for the economy, respondents gave Trump a 5.5, which is just on the positive side of neutral. Former Vice President Joseph Biden gets a 4.7 rating, slightly negative for growth.

Sen. Bernie Sanders scored a 2 and Sen. Elizabeth Warren got a 2.5. Nearly 80% of respondents oppose Warren’s wealth tax and 45% believe it will reduce growth, with most believing it’s an inefficient way to raise revenue and will prompt tax avoidance. Trump’s economic approval rating improved to 48%, up 7 points from the prior survey, but still low compared with much of his presidency. Some 52% believe Trump will be re-elected to a second term.

“A house divided against itself cannot stand … and I can’t stand it either. Both parties are pathetic. Their irresponsibility puts growth at risk,” said Robert Brusca, chief economist, Fact and Opinion Economics.