Third-quarter economic growth is expected to be a tepid 1.6%, but markets could look past it 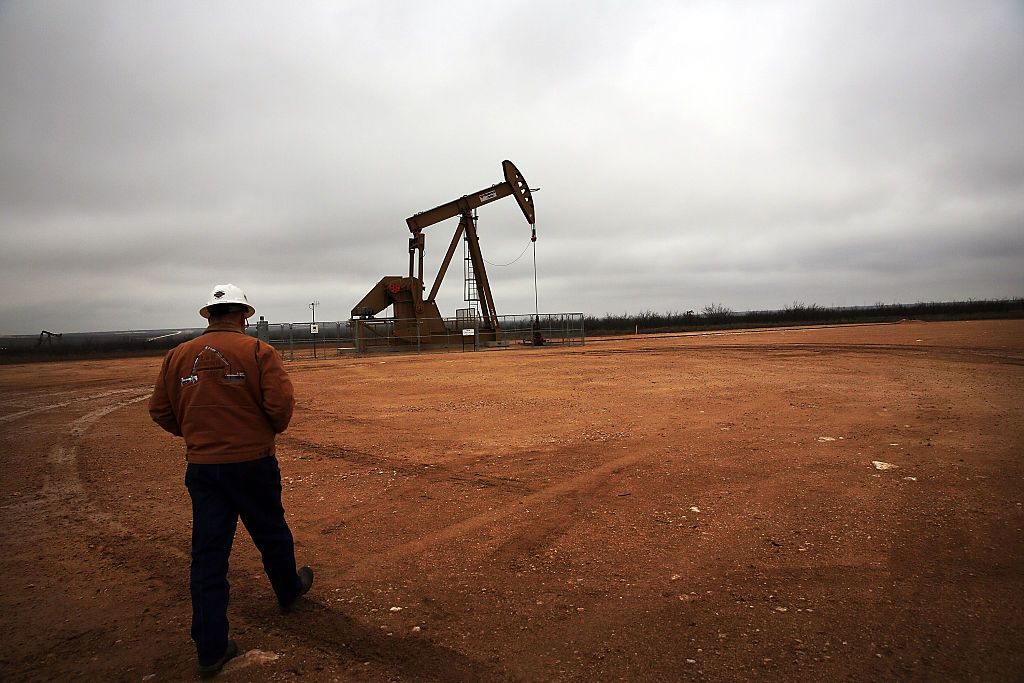 An oil well owned and operated by Apache Corp. in the Permian Basin of Garden City, Texas.

Third-quarter growth is expected to come in at a weakish 1.6%, with the biggest hits to come from slowing business investment.

The first reading on real GDP for the third quarter is expected at 8:30 a.m. ET Wednesday morning, and it follows a growth pace of 2% in the second quarter. There is also ADP’s private sector payroll report at 8:15 a.m. and that is expected to show job growth of just 100,000, according to Dow Jones.

“I think people are going to hold their reaction to those numbers a little bit in advance as they wait to see what the Fed is going to do,” said Robert Tipp, chief investment strategist, and head of global bonds and foreign exchange for PGIM Fixed Income. The Fed is expected to cut interest rates by a quarter point Wednesday afternoon. “There’s a lot of noise in the GDP number.”

Stephen Stanley chief economist at Amherst Pierpont, said he expects GDP to grow by 1.7%. “I think the defining characteristics for me is you have this divide where everything in the economy that is global facing is very weak and anything that’s domestically oriented is solid,” said Stanley. He expects growth to pick back up in the fourth quarter to 2.5%.

Michael Gapen, Barclays chief U.S. economist, said the market should look through the weak quarter, which he expects grew at 1.5%. But he expects the softness to remain in the fourth quarter, with growth at just 1%.

“The data on business fixed investment has been somewhere between tepid and awful in the quarter. Business fixed investment, we think will subtract a half percent. Net trade will be roughly neutral contribution to growth. The trade deficit narrowed, but there was a decline in trade volume. Both export and import volumes are down,” Gapen said.
“We also think there will be a little less inventory contribution in Q3.”

Hurt by trade wars and the GM strike, manufacturing is the weakest part of the economy. The strike by 46,000 GM workers is expected to put a dent in the government employment report Friday, and just 85,000 jobs are expected to have been added in October, according to Refinitiv.