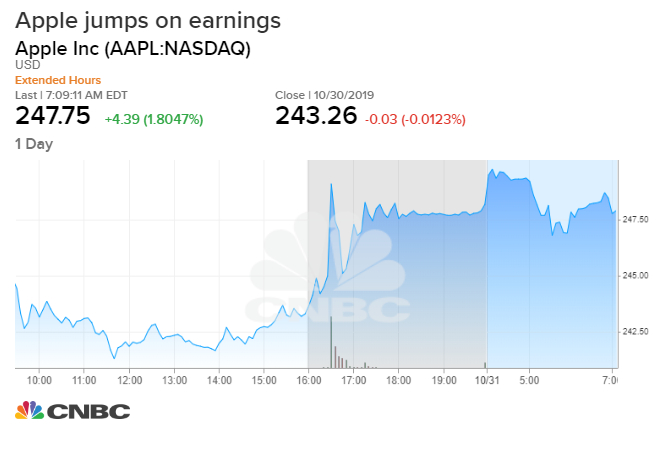 Tim Cook, chief executive officer of Apple Inc., speaks about the new iPhone Pro during an event at the Steve Jobs Theater in Cupertino, California, U.S., on Tuesday, Sept. 10, 2019. Apple unveiled the iPhone 11 that will replace the XR and start at $699. Photographer: David Paul Morris/Bloomberg via Getty Images

Apple’s historically strong pricing power might be slipping, according to Barclays.

In an effort to grow its subscriber base for its services business, Apple has been selling iPhones with lower prices. Those prices may be too low and too many consumers may be gravitating toward the cheaper options. Barclays expects ths trend to “remain weak.”

“IPhone revenues were in-line, but we believe ASPs [average selling prices] were weaker,” said Barclays IT hardware analyst Tim Long in a note to clients on Thursday. The note was titled, “Services Strength Masks ASP Pressure.”

Long was originally bullish on Apple’s lower pricing strategy. He said “the lower price points are helping Apple after a few challenging quarters.” But he didn’t realize average prices would come in this low as more consumers go for the cheaper phones.

“We have discussed the mix down in iPhones that has been occurring all year,” said Long. “ASP [was] worse than our model.”

Barclays has an equal weight rating on the stock and slightly raised Apple’s price target to $236 per share to $224 per share, which is lower than the $243.26 per share Apple closed at on Wednesday.

“We still see pressure on the iPhone business, and believe that supply chain data may start turning over the next month as compares get more challenging,” said Long.

Some analysts are bullish on the prospect of new 5G iPhones set to be released next year, but Long doesn’t think Apple will be able to charge enough without hurting demand.

The lower pricing trend “may present challenges for 5G, which we believe will carry at least $150 higher ASP,” he noted.

Apple shares are up 1.5% in premarket trading on Thursday.

—with reporting from CNBC’s Michael Bloom.