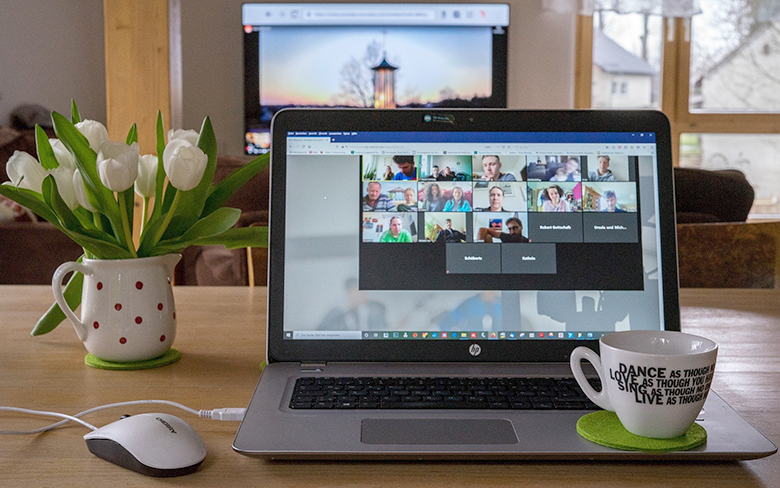 Despite commitments by leaders of financial sector firms to improve gender balance, analysis of gender pay gap reports shows that little or no improvement has been made over the last three years in the UK.

Research by gender diversity consultancy and networking firm E2W shows that of the 61 corporate and investment banks and asset managers that the firm follows only four in the UK – Baillie Gifford, Royal London Asset Management, Vanguard and Wells Fargo – are on track to close their pay gaps this decade.

At the lowest quartile earning levels, financial institutions seem to making some headway in achieving balance, but at senior levels little is changing at all.

Almost half the firms had proportionally fewer women in top quartile earning roles in April 2019 than they did in 2017.

Mark Freed is the chief executive of E2W. He says the data doesn’t surprise him.

“Where the real shock comes is when you start reading the bank corporate responsibility and diversity reports that talk about how diversity is mission critical and business case important. If that were true, then why aren’t they making more progress?” he asks.

One of the challenges is that senior hires tend to be made “via the old boy’s network” says Freed, without a diversity eye cast over those hires.

He adds that, while firms are making efforts to create balance in their workforces at lower levels, they run the risk that women will not stay and rise up the ranks because of promotion biases or because they become discouraged within the culture.

The UK government has lifted mandatory reporting on the gender pay gap for this year due to Covid-19, causing many workplaces to question their own commitment to creating balance. Many banks are still reporting, although some, including BNP Paribas, Citi, Crédit Agricole, RBC and Wells Fargo, had not reported by May 12.

Nonetheless, Freed is optimistic that sudden changes to the work environment brought about by Covid-19 could see a positive shift towards greater gender balance.

“We’ve seen a whole set of myths and beliefs be broken during this period that we could take forward. The human crisis has also brought about a change in culture and the communications technology we are now using supports more inclusiveness if used well.”

Indeed, many of those working in diversity and inclusion say that once the culture is fixed and more women are hired by financial firms, the pay gap will naturally close. They are asking if now is the time for that cultural shift – particularly as working from home over the Covid-19 crisis has helped move things forward.

Some 80% to 90% of bank workforces are working from home or have been. And because of the resultant childcare, home schooling and other familial responsibilities, employers have had to become more open to flexible hours for their employees.

Flexible working now looks set to stay, but is that necessarily good for women?

Mandy DeFilippo, managing director and global head of risk management for fixed income and commodities at Morgan Stanley, says the notion that gender balance will result from us being more comfortable with work-from-home cultures is something of a red herring.

“I don’t see this as being an issue for women. It’s an issue for families, life and balance, and for everyone.”

Indeed in a recent survey conducted by Euromoney of men and women in the financial industry in the second half of May, both men and women said their preference would be to continue to work part of the time at home or to work entirely from home.

Part of that, says Freed, comes from a greater appreciation of family time and ‘time’ in general. All survey participants said the most positive impact of the crisis had been on their relationships with family, followed by time.

“I imagine there are a lot of workaholics that are now at home with their families who have started to question their old work life,” says Freed.

He warns against falling into assumptions that women will stay working from home and men will go back into the office.

It’s not all positive of course. Childcare has been a challenge for many families working from home, and wellbeing has also been impacted due to the isolation.

For those living in cramped or shared accommodation, working in the office would also be preferred.

In Euromoney’s survey, after wellbeing, connection to work teams was listed by participants as being most negatively impacted by the virus.

De Filippo adds that the work-from-home environment may also have disadvantaged junior employees – both male and female. “People with less experience or who have had less time to build networks may find it harder to get traction and feel included when they are not in sight.

“We have focused a lot at Morgan Stanley on including junior members of staff in networking events and we don’t want to leave them behind or lose those opportunities where someone senior on the desk says to a junior colleague: ‘Hey, why don’t you come with me to this client meeting?’”

She counters that a continued flexible hours culture may encourage more young talented people to join the banking industry.

There are, however, distinct advantages that women – and minority employees more broadly – have found during the work-from-home period.

Amanda Pullinger is chief executive officer of 100 Women in Finance, which connects women in the industry through its networking and educational events.

Pullinger says that networking has continued throughout the work-from-home period, albeit remotely.

She points out that the playing field may even have been leveled, as typically men in the industry network only with other men.

“Now people are reaching out to connect to one other over Zoom etc. and no one is not included,” she says.

DeFilippo says that virtual communication has been a game changer for inclusion. “People pay attention differently on Zoom in a way that doesn’t happen in meetings. People cannot interrupt and there’s no ability to talk over someone. That is crucial if you think about majority/minorities