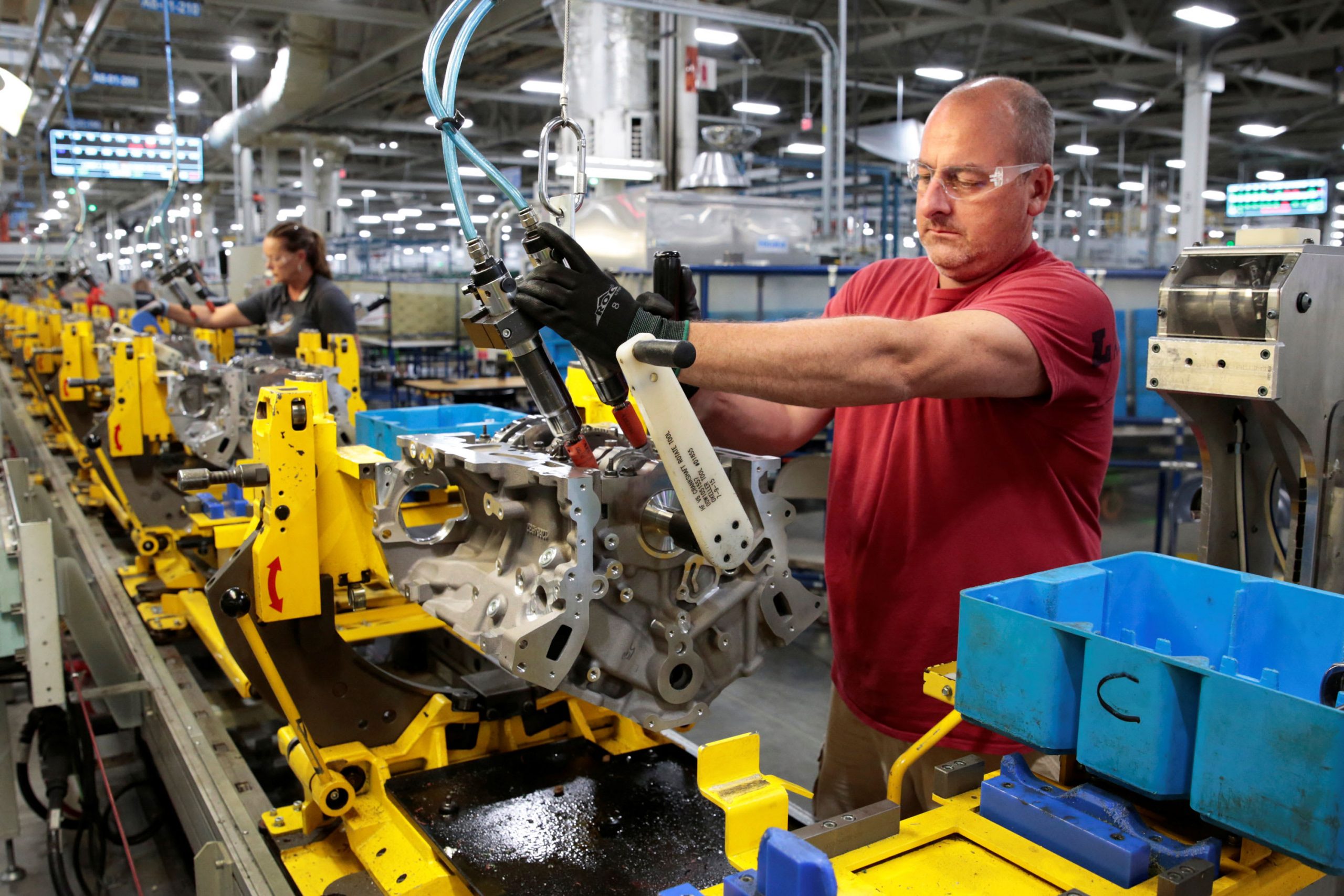 The fourth-quarter growth scare is a thing of the past, as the U.S. economy looks set to close the books on 2019 with a solid rise.

Manufacturing and trade reports Tuesday confirmed that GDP is on pace to rise more than 2% for the period.  An Atlanta Fed gauge estimates the gain at 2.3%, better than the 2.1% in the third quarter and enough to close out the year with average quarterly gain of about 2.4%.

While that would mark a slowdown from the 2.9% increase in 2018, it would still be indicative that the decade-old expansion is alive and well and prepped to continue into 2020.

“The economy is better than you think. Bet on it,” Chris Rupkey, chief financial economist at MUFG Union Bank, said in a note.

The latest news saw the U.S. trade gap narrow in November to its lowest level in three years, thanks largely to a continued slowdown in imports and an expansion in exports. Along with that came an ISM reading showing that a manufacturing contraction had not spread to the much larger services component of the U.S. economy.

Though the headlines pointed to better growth, the Atlanta Fed kept its GDP Now tracker at 2.3%. However, that’s well above earlier readings, including the low point in mid-November when Q4 was tracking at just a 0.3% gain.

That came during a year when Wall Street braced for a looming recession, based on worries over the U.S.-China trade war, weak global growth and a historically reliable sign from the bond market that investors were pricing in a declining economy ahead.

However, the services reading showed that “the vast majority of American industries are not being held back by the swirling winds of geopolitical uncertainty and makes us more confident that the recession forecasts of some … will not be realized,” Rupkey said.

Good and bad news on trade

One big positive for sentiment is the likely resolution, at least on a first-phase basis, of the trade dispute. The two nations had slapped billions of dollars in tariffs on each other’s goods, putting a damper on business confidence and capital investment.

An agreement to forestall further tariffs and address other issues is expected to be signed later this month.

“It appears that firms have responded immediately, and positively, to the news that the Phase One trade deal would prevent the imposition of further tariffs on consumer goods,” wrote Ian Shepherdson, chief economist at Pantheon Macroeconomics.

To be sure, there was one big caveat from the latest back of economic data: the trade gap declined — to its lowest point since President Donald Trump took office — due largely to a rise in exports, which add to GDP in the near term but may not last over the longer run.

On the other hand, that, too, could be a cosmetic change as a rise in imports could come from stronger consumer demand.

“While a tighter trade balance will mechanically boost GDP, we would not see the tightening as a sign of stronger growth in the long term,” Citigroup economist Veronica Clark said. “As ou