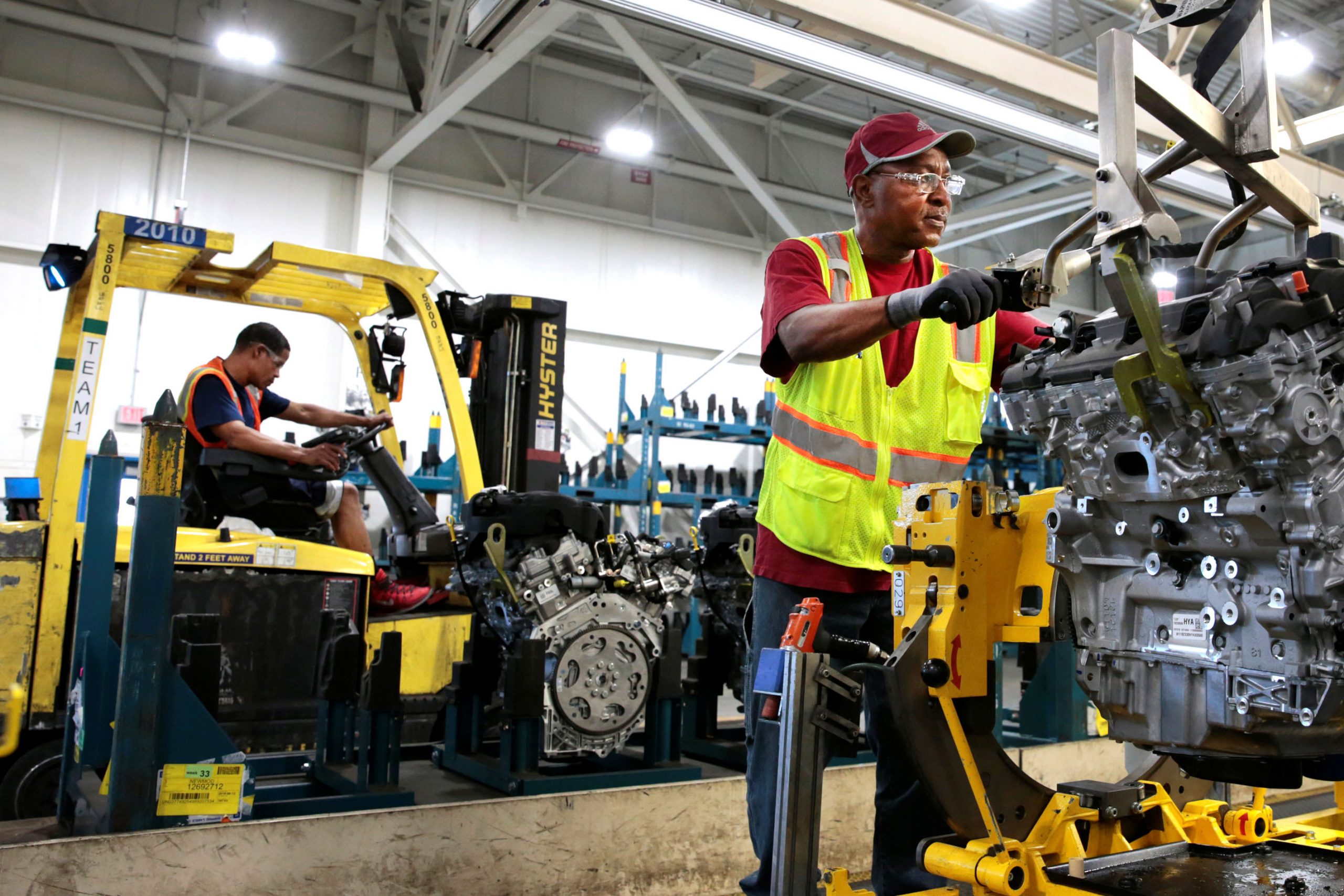 In a year that featured otherwise solid job growth, manufacturing stood out as one sector that lagged behind.

It’s not that the jobs aren’t there: There were still 477,000 open positions as of October, down less than 5% from the year-ago level, according to the Labor Department’s most recent data.

Instead, it’s more a case where the manufacturers themselves are having a harder time filling positions. The hire rate was down more than 18% as the industry struggles with a skills gap and a slowdown amid the pressure of the U.S.-China tariff battle.

“Until we have a better-trained, more-skilled workforce, which is not really out there, you’re going to have a lot of these positions open. It’s a challenge,” said Steve Rosen, CEO of Resilience Capital Partners, an investment firm that owns a diversified portfolio of manufacturers. “There are job openings, and they are very tough to fill.”

December closed out a tough year for manufacturing.

The Labor Department reported Friday that the sector lost 12,000 jobs in December, bringing the year’s gains to a meager 46,000, compared to the 264,000 net increase for the previous year.

Part of the issue has been an overall contraction in manufacturing — surveys have showed that it has been declining for months, though some economists think the sector is bottoming and could rise in 2020.

Rosen said there needs to be a change in thinking that begins with making sure that workers are adapting to the ever-changing conditions in the industry.

“The idea of lifetime employment in a rapidly changing economy is going to be hard to come by. You used to get skills and that was good for 25 years. That’s just not the case anymore,” he said. “We don’t want to lose the edge we have now.”

However, he still said he is fairly optimistic about what the future holds in an economy that, while not on fire, is still doing fairly well.

“I know we want to continue to create more meaningful emp