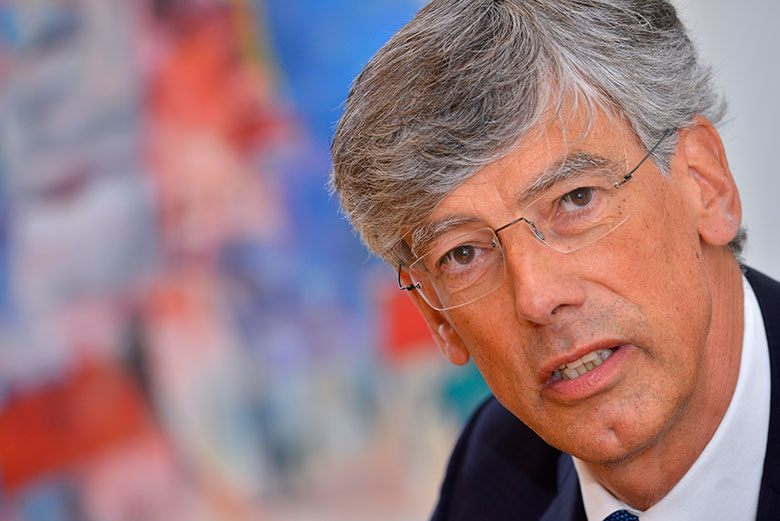 Robert Swaak is largely unknown, even in the relatively close-knit banking community of the Netherlands, but after a career at the Dutch branch of PwC, he is assuming one of the most influential roles in banking in the country, if not in Europe.

As chief executive of ABN Amro from this April, Swaak will determine the future of what was once a global investment bank. It is still one of three firms that dominate banking in the Netherlands.

Industry insiders, however, say that leading a big European bank these days is such a thankless task – especially in the Netherlands and at ABN Amro – that chairman Tom de Swaan may have had few candidates for the role.

In an era of low growth and lower rates in Europe, being a popular and financially successful bank CEO is getting tougher all the time. Public sympathy for banks remains particularly low in the Netherlands. Its politicians show little care for Amsterdam’s status as an international financial centre.

While ABN Amro is still majority owned by the government, despite its 2015 listing, its CEO’s pay is low compared with global and regional peers, and it would be hard to raise it by more than a percentage point or two every year. Indeed, fellow Dutchman Ralph Hamers, ING’s chief executive, also labours under a politically imposed pay cap in practice.

So, hiring a banker of international standing was therefore out of the question.

One senior Amsterdam-based banker reels of a list of Dutch bank chief executives who have high profiles locally, but who are also used to more rapid success, as well as less publicity and higher pay, than would be possible at ABN Amro.

Those who might potentially have turned down the job for such reasons include NIBC Bank’s CEO Paulus de Wilt, Van Lanschot Kempen’s Karl Guha and ING Germany’s Nick Jue among others.

Nevertheless, as a new state investigation into possible failures to stop money laundering threatens to do even more damage to ABN Amro’s reputation, de Swaan thinks Swaak is someone able to “build bridges” with stockholders, including employees.

And a year ago, letters to de Swaan and local regulators from a group of middle managers accused Swaak’s predecessor Kees van Dijkhuizen of overseeing strategic drift. They attacked his sustainability agenda and called for more cuts at the investment banking division. This added to concerns about internal tensions, especially after the 2018 resignation of former chair Olga Zoutendijk, who had been more supportive of the investment bank.

Boosting the shares through more strategic measures – such as clever acquisitions of its own, at home or abroad – will require considerably more daring and creativity

At a time when some parts of the bank will inevitably face more job losses than others, Swaak – as a non-banker, an outsider and who is not so far from retirement – is neither tarnished with the events that led to ABN Amro’s bail-out in 2008, nor affiliated with any group inside the bank.

These three factors make him no different from both his predecessor and the first post-bail-out CEO, Gerrit Zalm.

As hopes of a rise in European bank M&A, one ABN Amro insider tells Euromoney it will be vital for Swaak to be better than his predecessor at building bridges with banks outside the Netherlands. London-based investment bankers have long argued that an ABN Amro merger could kick-start a wave of big cross-border mergers.

As the Dutch rump left from its Royal Bank of Scotland-led takeover in 2008, ABN Amro still suffers existential questions, especially since its share price has fallen more than digital-focused ING and other European banks over the last two years.

Yet investment bankers doubt the government will be prepared to face questions in parliament about the effect of a transformational merger or takeover of ABN Amro on Dutch banking jobs.

Things would be different if the state only held a minority stake and other shareholders took the lead in accepting such a deal. But a market sell-down at today’s share price of about €16 would not bring gains on the initial investment.

If properly tackled, questions over the bank’s money-laundering controls would be a weight on its shares more easily removed than negative rates can be. Indeed, that is the one specific priority the bank mentioned in relation to Swaak’s arrival.

Boosting the shares through more strategic measures – such as clever acquisitions of its own, at home or abroad – will require considerably more daring and creativity.

Swaak’s appointment has the approval of the government holding unit, NLFI, and the employee council. He is “a safe pair of hands”, according to a source who knows him.

The question is whether or not continuity will be enough, as new tech-savvy competitors enter the local mortgage market.

ABN Amro’s returns have dwindled under van Dijkhuizen’s three years in the job, even when credit losses have been near zero.

Swaak takes over the CEO’s job at 59 – he could have just as little time as van Dijkhuizen to address these challenges.