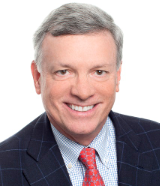 Visa proposes to pay $5.3 billion for Plaid, a company established only in 2013 that enables consumers to securely connect their accounts at incumbent banks to fintech apps – such as Venmo, TransferWise, Betterment, Acorns and many others – through which they manage their finances away from traditional banks.

It is a telling sign of the transformation of financial services that a leader such as Visa should offer such a sum for a young company that investors valued at just $2.4 billion pre-money during its last venture funding round, completed only 13 months ago in December 2018.

Announcing the acquisition agreement on Monday, Alfred Kelly, chairman and chief executive of Visa, acknowledged the speed with which fintechs are unbundling and repackaging financial services and transforming payments, funds movement and savings and investments.

“In 2019, 75% of the world’s internet users used at least one fintech application,” says Kelly.

A company such as Visa, renowned for the technology behind credit and debit cards serving tens of thousands of banks and millions of merchants, cannot afford to be left behind and needs to position itself to serve fintech developers for non-card payments.

Kelly explains: “We are increasingly trying to move from being strictly focused on payments to being focused on the movement of funds for any purpose around the world.

If the developers and entrepreneurs behind the new fintechs launched every day are mining for gold, Plaid provides them with shovels, charging usage fees that should see its revenues grow in step with the most successful fintechs.

Instead of choosing a single fintech or a handful of them to back as eventual winners, Visa is thus betting on the whole fintech sector.

“Fintechs are growing at many multiples of the rate of growth in Visa’s core C2B payments business,” Prabhu says. “In addition, by integrating payments with Plaid, we can accelerate Visa’s network of networks money movement strategy, which is underpinned by the Visa Direct, Earthport and our B2B initiatives.”

Visa acquired Earthport, which provides cross-border payments services to banks and corporations, in 2019 for around $250 million, seeing off a rival bid from MasterCard in the process.

Plaid is a much bigger deal. Visa will pay $4.9 billion in cash consideration and offer $400 million in retention equity to key Plaid staff. Visa is at pains to point out it will fund this from cash on hand and future issuance into a debt capital market that has been highly accommodating at the start of 2019.

And while Prabhu suggests the acquisition might boost revenues by 80 basis points to 100bp in 2021, this is a strategic transaction.

“This is about positioning Visa for the next decade,” he says.

Plaid provides the unseen network connectivity behind many fintech apps, linking them back to the mainstream banks at which most users still maintain primary accounts. It has achieved considerable scale in just a few years without its brand becoming a household name.

One in four people with a US bank account has used Plaid, even if they didn’t realize they were doing so, while connecting to some 2,600 fintech applications. Plaid also operates in Canada and the UK and is in beta in Ireland, France and Spain.

It has more than 200 million user accounts connected. For comparison, Revolut, the leading European challenger bank, reached eight million accounts in 2019 up from three million in 2018.

The acquisition shows the potential for the spread of open banking, which Plaid has gained exposure to though its UK presence.

Zachary Perret, chief executive and co-founder of Plaid, says: “The open banking concept is one that we’ve long thought to be incredibly important, the concept that consumers own and have access to their financial data underpins the core of fintech and enabling consumers to interact with their financial data in the way that they need to when they want to.

“As we look at the open banking regulations, we’ve learned a lot, we’ve taken a lot of the concepts there and then [are] able to apply them back into our home market.”

And established banks, themselves big customers of Visa, see substantial benefits in technology that allows secure, customer-permissioned links from their primary accounts to new service providers.

“Visa’s acquisition of Plaid is an important development in giving consumers more security and control over how their financial data is used,” says Gordon Smith, co-president, JPMorgan Chase, and CEO of consumer and community banking.

“Protecting customer data and helping them share that information safely has long been a top priority for Chase. We look forward to partnering with Visa to continue building a great experience for our shared customers.”

Inside Visa, Plaid will continue to be led by Perret, who will report to Visa’s chief product officer Jack Forestell.

Founders of technology unicorns and staff who have been paid in restricted stock and options need not despair at the failed and underperforming tech IPOs that hit the headlines in 2019. In 2020, corporate acquirers may allow them to realize their fortunes instead.