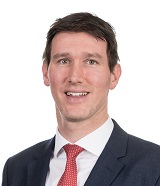 Debt restructuring and advisory specialist Houlihan Lokey is launching a European equity capital markets (ECM) advisory practice under William Marshall, an ECM banker who has joined from the equity advisory team at Rothschild and who previously worked in equity syndicate and UK investment banking at Bank of America.

Houlihan Lokey, which has broadened its capital markets franchise well beyond its US debt advisory roots in recent years through organic expansion and a series of acquisitions, is looking to round out its European investment banking offering through the establishment of the new ECM advisory business.

For Marshall, part of the appeal of joining the firm was its status as one of the few investment banking growth stories in the current environment.

Houlihan’s European operation has grown from 80 bankers in 2014 to more than 260 now, with 180 staff in corporate finance and more than 40 dedicated to capital markets. The development of the firm’s business in the region is part of the strategy it outlined when listing in New York in 2015.

In October 2019, it acquired Fidentiis Capital, a Spanish mid-cap specialist. That was its fifth acquisition in Europe in five years and followed London-based corporate consumer advisory boutique McQueen and continental European investment bank Leonardo, both in 2015, as well as alternative investment management adviser BearTooth and software advisory specialist Quayle Munro, both in 2018.

The ECM advisory field is one that is now well established in Europe.

Firms such as Lazard and Rothschild have come to it from a traditional corporate finance advisory background. Others, like Nomura, have attempted to use it to maintain a residual offering while stepping back from a broader European equities and ECM business.

At the least traditional end of the spectrum sit operations such as STJ Advisors, the specialist firm set up by ECM veteran John St John more than 10 years ago.

The ECM advisory sector aims to provide independent advice to corporates and private equity sponsors executing equity transactions. For years it has been a thorn in the side of the big ECM underwriting and placement banks, who have frequently complained that such advisers complicate transactions unnecessarily.

However, specialist ECM advisers typically maintain that independent advice can enable clients to achieve better pricing and long-term aftermarket performance, as well as broader placement through a focus on investor targeting that attempts to go beyond the narrow focus on top accounts that is now a characteristic of many big bank sales operations.

They also argue that the function works best when the provider is not conflicted by buy-side-client relationships.

Marshall argues that Houlihan has distinct advantages when it comes to breaking into the business, particularly in the mid-market arena.

The firm is already the number one mid-market M&A adviser in the US and is growing in Europe. It has a wealth of strong sponsor relationships and an expanding sector coverage footprint.

Deals need to work for the market, so totally mispositioning something or making impossible promises is dangerous

“ECM was the area where the firm did not have a dedicated advisory presence,” says Marshall. “And we benefit from being advisory-only, which avoids any conflicts that can arise in a sales, trading and lending environment, or even asset management.”

Houlihan’s scope does, however, give it plenty of sell-side information that will inform its advice to clients.

“We have the purity of being just focused on advice, but we also have the things that a client would want, like sell-side flow, to fit around that,” adds Marshall.

The importance of independent advice was also cited by Gregg Newman, global co-head of the bank’s capital markets group.

“The rapid growth we have seen in our debt capital markets practice in Europe demonstrates that clients are increasingly looking for impartial advice on their capital raising activities,” he said in a statement.

Houlihan’s focus on the mid-market also offers an opportunity. While most European IPOs of more than a billion dollars have an ECM adviser attached to them now, bankers say that falls to about two-thirds for deals of $200 million and 50% for deals of $100 million.

Its private equity sponsor relationships will also be important, with the new business intended to help it advise more effectively on dual track processes, where a client might be considering a private sale alongside an IPO.

Its restructuring credentials will also matter here: there are plenty of ECM candidates that have involved a restructuring at some point in their life cycle.

“We will be providing very much a full transaction service – early stage planning as to whether a client should IPO, advice on syndicate selection and pricing terms, as well as overall transaction management,” says Marshall.

“With my syndicate background, my focus will also be on investor targeting in a methodical way to get a superior valuation outcome.”

That’s a common refrain among equity advisory specialists, who argue that banks frequently either over-promise on valuation when pitching and then fall short in final execution, leaving too much money on the table in a bid to satisfy investor clients’ desire for an aftermarket pop.

Marshall argues that the definition of success on valuation depends on the client’s objective.

“There are some clients that want a deal to trade up straight away, perhaps because they are only selling a small portion or they have a lot of employees participating,” he says. “But overall, I think deals need to work for the market, so totally mispositioning something or making impossible promises is dangerous.

“It is about maximizing value, but maximizing sustainable value. You want to be able to look back in six or 12 months and feel that you sold at a good valuation, but that there was upside for the market too.”

ECM advisory teams tend to be small – fewer than 10 people would be normal – so Marshall will likely not be hiring extensively, but he will be looking to bring a handful of staff onboard alongside him.

Marshall will be looking at business across the region: he has worked on deals on 12 stock exchanges in his career, completing more than 80 transactions wor