Coronavirus is cost and opportunity for Asia’s banks 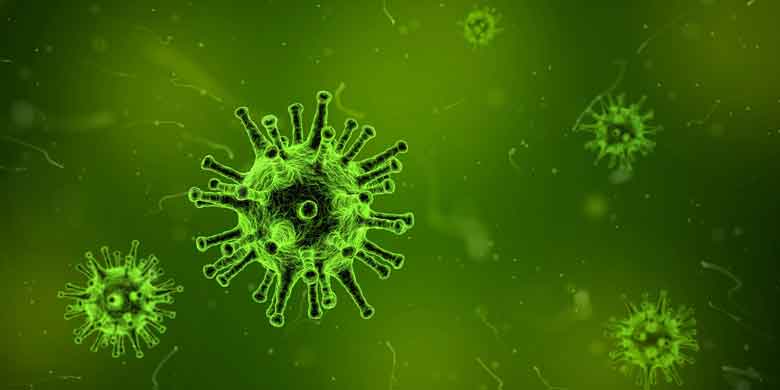 Across Asia, banks are rolling over loans, helping with repayments, and working hard to get deals done: anything to help struggling clients deal with the growing threat from the coronavirus Covid-19.

In Singapore, UOB is allocating S$3 billion ($2.14 billion) to small and medium-sized firms that have been hit hardest by the outbreak.

Firms can apply to rework principal repayments, service their loan interest for a 12-month period, and extend working capital financing by up to S$5 million.

HSBC has extended the maturity period on S$600 million worth of trade loans, pre-approved 30-day extensions on all trade loans maturing between February 14 and April 30, and eliminated additional fees or interest penalties.

In Hong Kong, Standard Chartered is waiving, until the end of March, all late payments and interest charges on credit cards and retail mortgages, while Citi is offering commercial clients a one-month maturity extension on new and existing import trade loans, valid until the end of August.

China, source of the epidemic and the country with the most to lose from its spread, is taking its usual top-down approach to problem solving. Spooked by warnings of a sharp rise in bad loans, which S&P Global Ratings tips to rise by  $1.1 trillion, officials at the China Banking and Insurance Regulatory Commission said mainland lenders could tag any newly formed bad loan as ‘performing’, so long as the pathogen remained a threat.

But that threatens to undermine and unwind much of the good work done by Guo Shuqing.

His stance is notable, given that the AIIB has mostly chosen to look at opportunities outside China. To-date, of the 64 loans and projects approved by the AIIB, just two were disbursed to projects in the mainland, against 14 in India.

The bank is donating medical items to worthy causes, including facemasks, and working with multilaterals to help China and other AIIB member countries tackle public-health emergencies.

Most banks focus on the needs of SMEs, and for good reason. They are the lifeblood of any economy: letting them go to the wall does no one any good. Not governments fearful of looking negligent, nor lenders wary of tarnishing a hard-won image.

When DBS polled 100 SME clients, it found cash flow was their chief concern. No surprise there, or in its decision to provide two rounds of liquidity relief measures – the second announced on February 26 by group head of institutional banking Tan Su Shan – to tide them over.

Measures include a six-month principal repayment moratorium on property loans, and a 60-day extension on import facilities.

Altruism or expediency? Perhaps a bit of both.

Events like Covid-19 are a double-edged sword for banks. It poses straightforward questions such as whether to close branches (because few people want to visit public places) or to keep them open, for fear that shuttering sends the wrong message.

There are no hard-and-fast rules.

In Hong Kong, Bank of China has locked a quarter of its 200 city-wide branches, while in the mainland, state banks are closing up to 10% of branches even in places unaffected by the virus.

Citi has adopted a different stance. Having closed its two branches in Hubei, the epicentre of the outbreak, the US lender reopened them on February 14.

The firm is also working with WeDoctor, an online healthcare startup eyeing a Hong Kong stock listing, to extend online medical and health advice to staff and customers.

In Singapore, UOB has teamed up with local schools and community organizations, to distribute care packs to hundreds of disadvantaged families.

The other edge of the sword for banks is that crises can also be opportunities.

Take the example of Standard Chartered, which is subsidising to the tune of 50% tenors on guarantee fees for non-clients applying for loans through its SME financing scheme. Business banking clients can also apply for a moratorium on existing instalment loans, for a period of up to 12 months.

Both are sensible and considered measures targeted at struggling firms by a bank keen to do the right thing by its clientele while also burnishing its credentials to any firm unhappy with its financial provider. Defence and attack, neatly rolled into one.

Every bank is doing the same thing, but in different ways.

While extolling its support for small firms, DBS simultaneously flagged up a partnership with Singapore-listed transport operator ComfortDelGro, which encourages commuters to use bank-branded debit cards to pay for taxis, and a programme with 88Tuition that offers free supplementary lessons to schoolchildren until April 30.

Some might see that as the caring face of corporate welfare; others may be cynical about the opportunity to profit when times are tough. Perhaps, though, that is too binary an argument.

Take Citi, which pushed out the boat to help two mainland clients complete a complex series of bond and equity purchases.

Slated for settlement on January 31, the trades were stymied by Beijing’s decision to extend Lunar New Year.

Citi pooled its markets, compliance, legal and coverage teams and made the trades work by pushing back the payment date, and making sure clients had enough money in their account.

That is surely a win-win.

A direct but evolving threat such as Covid-19 presents banks with different iterations of the usual challenges and opportunities. Retaining clients is paramount; roping in a few new ones disaffected with their lot is a happy bonus.

So is an ability to read the markets better than one’s peers, to know where the shifting action is.

The coronavirus outbreak has forced banks to revisit their playbooks from Sars, the virus that swept out of China in 2003 and buffeted the world before fading in the summer.