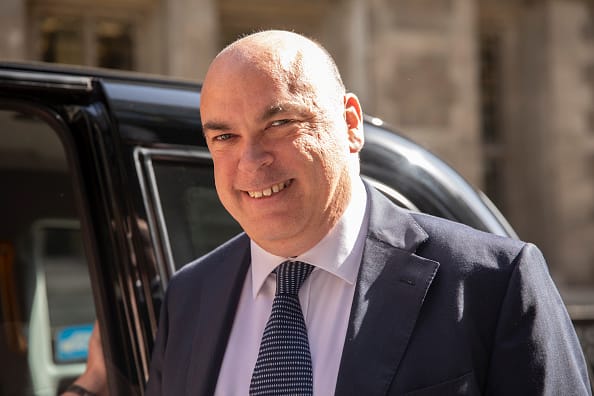 Mike Lynch was once described in U.K. media as “Britain’s Bill Gates.” Now the entrepreneur faces potential extradition to the United States.

Lynch, the founder of U.K. tech firm Autonomy, has been released on bail after submitting himself for arrest in London, as U.S. authorities seek to extradite him over fraud charges.

Hewlett Packard is suing the businessman at the U.K. High Court for damages over its deal to buy Autonomy for almost $11 billion in 2011. The tech giant alleges Lynch’s firm fraudulently inflated its value ahead of the takeover.

CNBC takes a look at Lynch’s role in one of the biggest — and most controversial — deals in Britain’s tech industry in recent history.

Lynch, born in Essex in 1965, started Autonomy in 1996 after a number of ventures that followed his studies at Cambridge University. Autonomy specialized in software that searches unstructured data like emails and phone calls.

At the time, the acquisition by HP was seen as a key step in the U.S. giant’s shift to software services and away from PCs and printers. But it was soon seen as a botched deal as HP signed off on a purchase that equated to a premium of 79% over market price.

Lynch had also been involved in a heated war of words with Oracle’s Larry Ellison, who claimed Autonomy had approached the software giant but that its price tag was “absurdly” high.

Lynch remains in a legal dispute with HP over the deal, with the Silicon Valley firm seeking $5 billion in damages. He denies the allegations, claiming the failure of the deal was due to HP mismanagement and has countersued HP for $150 million.

He’s fighting extradition to the U.S., where the Department of Justice (DOJ) wants him to face trial for criminal charges — including securities and wire fraud — over the HP-Autonomy deal. Another Autonomy executive, former finance chief Sushovan Hussain, has already been jailed in the U.S.

On Wednesday, Lynch submitted himself for arrest, a “formality” required as part of the extradition process initiated by the DOJ. He was released from the Westminster magistrates court on £10 million ($13 million) bail.

Lynch’s lawyers said he “vigorously rejects all the allegations against him and is determined to continue to fight these charges.”

He could face a maximum sentence of 25 years in prison if found guilty of the U.S. charges. A judgment in the civil trial with HP is expected within the next few months.

His tech fund Invoke Capital — founded by Lynch and a group of former Autonomy executives — is an investor in several data analytics and artificial intelligence-focused start-ups.

Most notable among Invoke’s portfolio is Darktrace, a cybersecurity company that uses machine learning algorithms to detect and respond to abnormal behavior.

Darktrace itself counts its two co-CEOs Nicole Eagan and Poppy Gustafsson as former employees at Autonomy. Lynch previously served as a director on the firm’s board before stepping down in 2018.