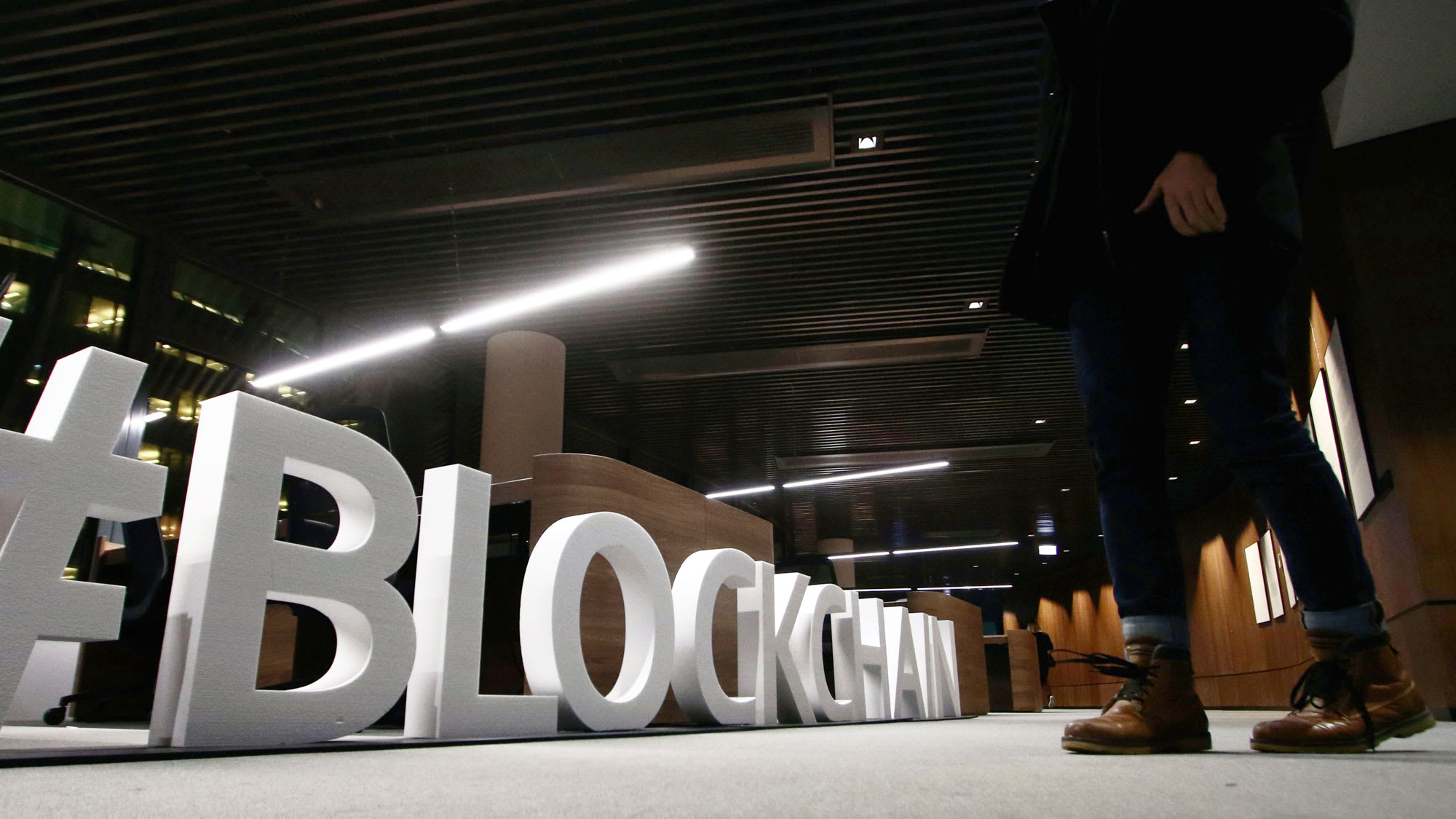 Giant letters, reading the word ‘blockchain’, are displayed at the blockchain centre, which aims at boosting start-ups, on February 7, 2018 in Lithuania’s capital Vilnius.

BEIJING – As Chinese authorities rush to support businesses struggling to survive the effects of the new coronavirus, blockchain technology is showing its potential in an archaic financing system.

Since the Lunar New Year holiday, 87 China-based businesses have received more than $200 million in loans through a cross-border, pilot blockchain finance platform, Xuan Changneng, vice director of the State Administration of Foreign Exchange, disclosed at a press conference on Saturday. He did not specify a date.

The holiday, also known as the Spring Festival, was extended by three days to Feb. 2 in an effort to limit the spread of a pneumonia-causing virus that has now killed more than 1,500 people. More than half of China further delayed the shutdown by at least a week and many parts of the country are still far from operating normally.

“(Due to the impact of the virus), the negative effects of previous pain points such as lack of trust in business, verification inefficiency, lack of information sharing and difficulty of timely supervision have been further amplified,” Henry Ma, chief information officer at Tencent-backed online lender WeBank, said, according to a CNBC translation of his Chinese-language statement.

“The cross-border, financial blockchain services platform can play a bigger role, and help medium and small-sized enterprises improve the efficiency and convenience of getting export trade financing and other financial credit support,” Ma said.

Privately-run, smaller businesses are among the hardest hit by the virus’ disruptions. In the last few weeks, central and local governments have made a flurry of announcements to support these smaller businesses, which contribute to more than half of national economic growth and employment.

It’s a step up from the national government’s efforts of the last few years — to try to improve privately-run businesses’ access to financing in a state-dominated system with no established credit score records and a preference for state-run enterprises.

As of noon on Friday, banks and financial institutions have supplied more than 537 billion yuan ($76.9 billion) in credit to fight the virus, Liang Tao, deputy head of the China Banking and Insurance Regulatory Commission, said Saturday morning at the same press conference in Beijing.

Blockchain is the same technology behind cryptocurrencies such as bitcoin. Trading of the digital currencies is officially banned in China, but the country has been rapidly pressing ahead with the development of blockchain. In October, Chinese President Xi Jinping emphasized the need for the country to become a leader in the technology.

In theory, a blockchain-based system allows users to create a permanent record of key documents that is easily accessible. This gives lenders a basis of trust and allows them to quickly assess how much money they can safely loan someone. For the Chinese platform pilot, a state media report said it can take just a day to apply for and receive a loan on it. In contrast, traditional loan applications in China can take days or weeks.

WeBank’s Ma also pointed out that with blockchain, regulators can better scrutinize transactions and respond more quickly to fraud or risks.