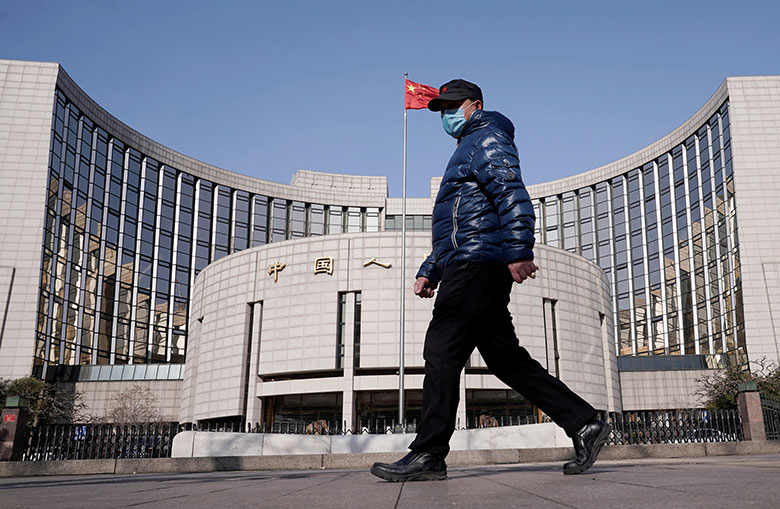 The People’s Bank of China in Beijing

A provincial arm of one of China’s big-four state banks has taken a decision to close at least 10% of its branches, as coronavirus tightens its grip on Asia’s largest economy, Euromoney has learned.

The individual, a senior executive at the state-run lender, does not work in Wuhan, the capital of central Hubei province where the initial outbreak occurred, but in a well-developed part of the mainland far from its epicentre.

That fact and the decision to close hundreds of branches – the lender in question has thousands nationwide – suggest that a large number of branches in China are being quietly shuttered, and that Beijing is happy for now to step back from decision-making and give provincial officials a greater measure of rope.

“The aim may be to give branch managers more freedom to do what they want,” said a well-informed source.

Beijing’s financial sector is facing a triple hit from a slowing economy, deteriorating asset quality and now a pandemic that shows no sign of abating.

On Monday, Rhodium Group said banks could be forced to recognise as much as RMB1 trillion ($143 billion) in additional non-performing loans (NPLs), as a result of a slowdown in credit growth since the bailout of troubled local lender Baoshang Bank in May.

Loan write-offs expanded by RMB1 trillion each year in 2018 and 2019, the research house said. Its data estimates the real level of NPLs at double the official rate at provincial lenders, such as Bank of Jinzhou, and nearly four times the official level at Harbin Bank.

One mainland-focused analyst says: “Certainly, [Chinese] SMEs have only one or two months of cash to pay bills… so there will be a lot of defaults in a sector already suffering from cash shortage.

“Now, there is a combination of a shortage of cash and a lack of demand [for their goods and services]. Local banks will bear the brunt of the pain of the double hit of cash constraints and demand shock.”

On Monday, the People’s Bank of China said it would start to issue loans totalling RMB300 billion, as part of measures designed to help firms involved directly in tackling the spread of the virus, which has killed more than 1,400 people.

The loans will be disbursed via nine central and local state-run lenders in 10 provinces and cities impacted by the outbreak, including Shanghai and Beijing.

The impact is being felt beyond the mainland’s borders.

In Hong Kong, the Hong Kong Monetary Authority (HKMA), the de facto central bank, ordered the shuttering of up to 30% of branches. Lenders hardest hit by the edict are Bank of China (which has closed 49 branches in the former British colony), HSBC (24, including four premier banking centres), Bank of East Asia (20), Standard Chartered (18) and Hang Seng (18).

On Wednesday in Singapore, DBS Bank evacuated 300 employees from a single floor in Marina Bay Financial Centre, after an employee tested positive for coronavirus.

Written by <a href="https://signal2forex.com/author/akuna/" title="Posts