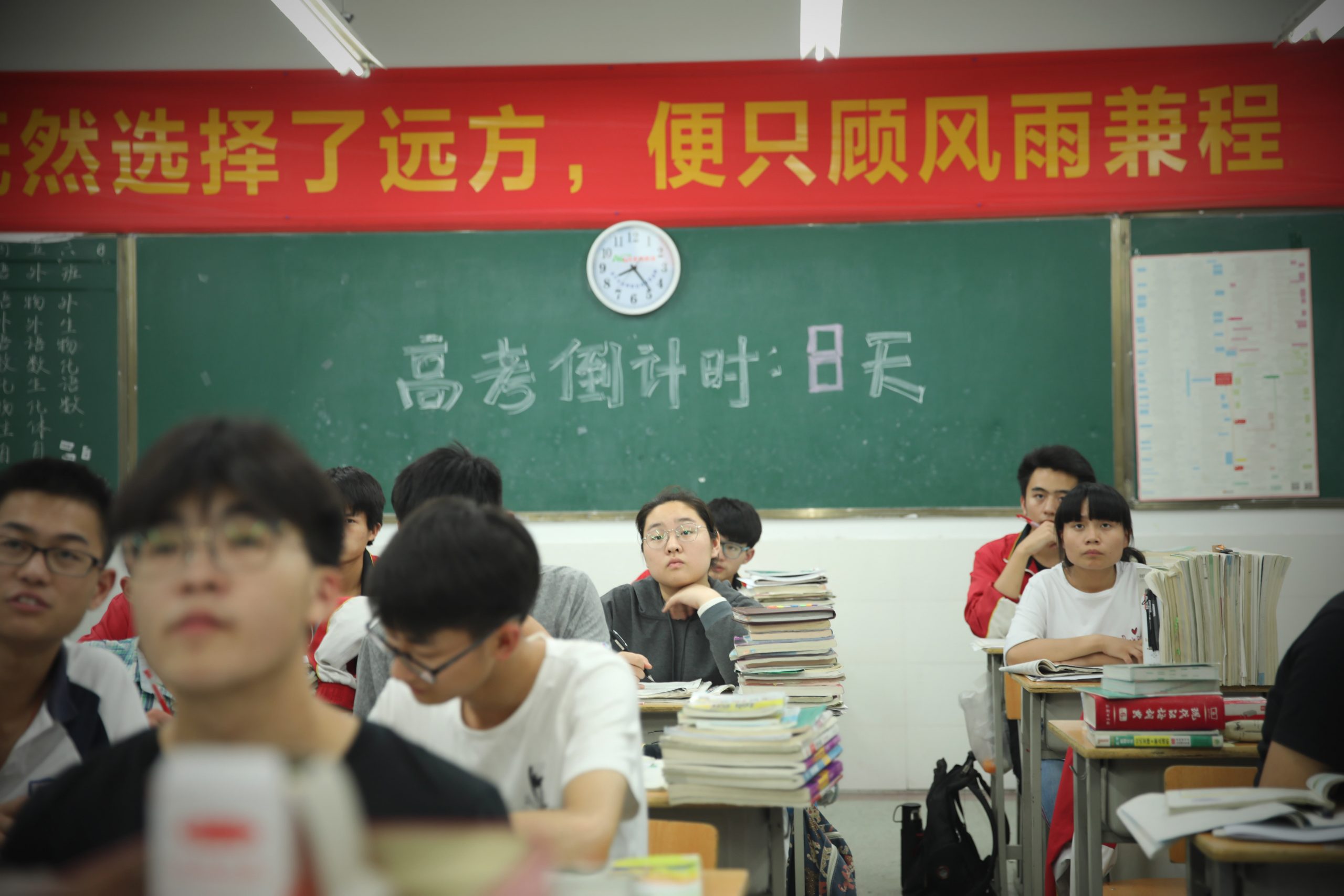 Chinese students of Fuyang No.5 Middle School study in a classroom at night for upcoming National College Entrance Examination (Gaokao) on May 29, 2018 in Fuyang, China.

As local governments in China delay the re-opening of schools to limit the spread of the new virus, parents and institutions are turning to online education, putting pressure on industry players to deliver.

Now, it’s the only way for the company to generate cash.

All of the company’s classes have moved online even though they charge less than offline courses — but that would also cut their usual income by about 40%, Lü Fei said. “It’s just a choice between zero and something.”

China’s roughly 276 million school children were heading into the month-long Lunar New Year school break when the new coronavirus hit. The disease has killed more than 2,000 people in China, and infected tens of thousands, prompting many provinces to delay the resumption of the school year for weeks.

However, a society that prizes good education is not going to let a virus stop their children from learning.

Some parents have signed up for online classes because they are afraid their children won’t be able to keep up with their peers when schools re-open. Many provinces and schools have also requested that children tune into online courses during this time. In many areas, local governments have banned offline institutions from operating in an effort to limit the spread of the virus.

“Longer term, this could make online tutoring more acceptable to once hesitant parents and potentially contribute longer term to online tutoring penetration in China, in our view,” China Renaissance analysts Alex Liu and Don Lau said in a Feb. 3 report.

Software engineers at 17EdTech, which sells products and services to public school systems for online education, have been working day and night since Jan. 23 to deal with overwhelming demand and maintain availability of its onlin