Wuhan, epicentre of coronavirus, gives Shanghai an IPO to shout about 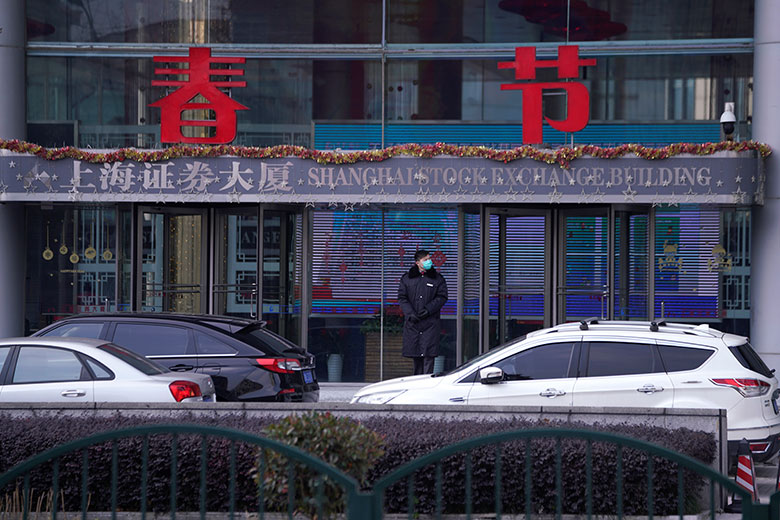 Wuhan is full of surprises this year. It has already given the world coronavirus, which has killed more than 2,600 people.

However, on Monday, the Chinese megacity delivered another vicarious surprise, one designed to instil in investors not deep dread but slight delight.

The day started as they do right now, with most of Shanghai’s 24 million people cowering at home in self-imposed quarantine, but at 9.30am, there was a flurry of activity at the Shanghai Securities Exchange Building in Pudong, a brisk walk from the Huangpu river.

Bestore, a leading Chinese maker of packaged snacks, was making its debut on the Shanghai Stock Exchange (SSE). No great shock there – primary activity on the main board has held up remarkably well.

According to Dealogic, in the year to Tuesday, seven IPOs were completed, worth $5.41 billion, against 10 listings worth $1.27 billion in the same period a year ago.

Two factors did catch the eye.

First, the fact that Bestore’s main office is in Wuhan, home to the wet market that gestated coronavirus before delivering it to the world.

Secondly, that no one was there in person to watch it happen. Rules enforced by Shanghai’s municipal government and by the China Securities Regulatory Commission (CSRC), in an effort to halt the spread of the virus, ensured the SSE’s doors remain firmly shut.

Plenty of people did see the event, which was live-streamed to a hefty audience, judging by the stock’s strong performance. The SSE’s digital wizards created a video simulation of a gong being struck, the usual ritual observed at the culmination of an IPO process in China, and Bestore began a new life as a Shanghai-listed firm.

If you show you are financially willing to fight the epidemic, you are going to get [your IPO or bond sale] approved faster. That’s the financial and political reality

At the end of trading on the first day, its shares, which sold at IPO for RMB11.9 apiece, jumped by the maximum allowable amount of 44%, before closing at RMB17.14. On day two, they jumped 10%, closing at RMB18.85, giving the firm a market capitalization of RMB6.87 billion ($1 billion).

Bestore, whose backers include the Asia-focused private equity firm Hillhouse Capital, filed its prospectus in July 2018 with the aim of raising $115 million. Some at the firm and at GF Securities, the sole underwriter, may cluck their tongues at that number, given that the listing raised just $69.5 million.

However, given the ambient market conditions, that wasn’t bad. The firm’s financials look solid: it posted operating income of RMB5.46 billion in the first nine months of 2019, up 19.7% year-on-year – though expectations of higher near-term valuations must be tempered by the fact that 70% of revenues stem from sales at bricks-and-mortar stores in central China, epicentre of the epidemic.

What also stands out here are the is the regulator’s and the SSE’s adaptability and quick thinking. While most mainland families were sleeping off Chinese New Year (CNY), the CSRC was busy issuing rules to bankers, traders, lawyers, accountants and investors – anyone who would listen, really – designed to move the listing process online, to ensure the smooth running of the primary capital markets.

“They let issuers of equities or bonds do pretty much everything digitally,” says a Shanghai-based investment banker. “It means a lot of videoconferences, and back-and-forth of digital documents.

“[The CSRC is] showing a lot of flexibility. They aren’t doing any face-to-face meetings, and the IPO process usually involves a lot of that. The aim is to get a healthy balance between containing the health risk, and not letting the economy crash.”

It is happening at a time when authorities are seeking to professionalize its stock markets. The Nasdaq-style Star Market, based in Shanghai, was an immediate hit at launch in July 2019, with 68 companies raising a total of RMB72.7 billion in the first six months.

The new board requires IPOs to be approved using a registration process standard to most global bourses, but new to China. This simplifies and shortens the approval process, and is designed to ensure that more privately run firms make it to market, rather than stodgy state-owned enterprises.

One question remains: why Bestore? Why did the regulator and the SSE decide that the first new listing out of the gate after CNY should be a firm based in, of all places, Wuhan?

Sources close to the listing say the reason was the fact that it pledged to channel a share of its listing earnings to efforts to tackle coronavirus.

“If you show you are financially willing to fight the epidemic, you are going to get [your IPO or bond sale] approved faster,” says a banker. “That’s the financial and political reality.”