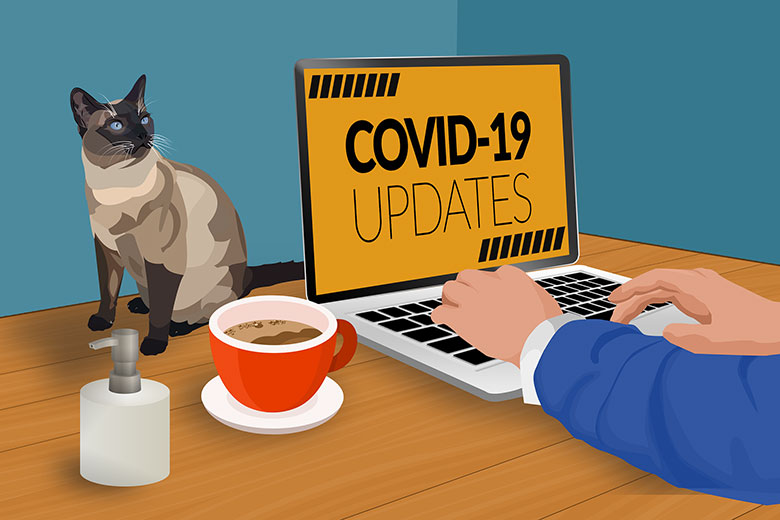 If you were to draw up a list of things that people would rather not have to do amidst an unprecedented market crash that had imposed home working across the industry, selling €2 billion of corporate bonds would probably feature pretty highly.

Single-A rated Unilever conducted this experiment on Friday and seemed relieved and surprised at how well things went.

“We faced growing market volatility as we approached our closed period and we knew that if there was a constructive market period to go then it would be prudent to do so,” Johanna Hyttinen, vice-president of international funding and bank relations at Unilever in Schaffhausen, Switzerland, tells Euromoney.

The question was whether last week, which saw all markets whipsawing as the global scale of the coronavirus Covid-19 outbreak became clearer, could really have been described as constructive.

“There was huge uncertainty at the beginning of last week, but on Tuesday we did three deals for Exxon, Verizon and Pepsi which gave us confidence,” says Tomas Lundquist, head of European corporate debt capital markets at Citi.

Getting as many high-quality deals out of the door as you can in a crisis is standard procedure to calm the nerves, but even this was not enough to stop further volatility on Wednesday.

“The market got softer on Wednesday,” says Lundquist. “However, on Thursday there were important deals out of the US, and the ECB and Fed announcements, so this gave us confidence that we could go ahead.”

We did have a choice – we weren’t forced to go

The fact that these deals got done, and that the central banks made clear that they had understood the scale of the crisis and were prepared to turn on the monetary taps, seems to have been instrumental in Unilever’s decision to proceed.

“When we left on Thursday evening, we were reasonably certain that we would go ahead,” Lundquist recalls. “We had seen strong demand in the US with deals for UPS, Disney and Northrop Grumman. Then we came in on Friday and saw stability, so the decision was made to go ahead.”

The deal was launched at 8.15am London time with initial price thoughts at 165bp and 195bp to 200bp over mid-swaps. This was 60bp to 70bp wide of the secondary curve.

By lunchtime, the books for the two tranches were €4.5 billion and €5.5 billion, and the deal was upsized to two €1 billion tranches at 178bp and 210bp over Bunds – a roughly 40bp new issue premium. The bonds were free to trade at 4pm.

Given the circumstances, that is pretty good by anyone’s standards, but even more so given that everyone was working from home.

“We have been working from home all week, but some of the underwriting bankers were still in the office,” Hyttinen explains. “We wanted to go out early because we expected that things could take longer, but the process went really well and there were no delays. It was surprisingly easy.”

Anticipated snarl-ups due to broadband capacity and remote communication did not seem to have materialized.

“These are the first two deals that have been done almost entirely remotely on both the syndication and investor-base side,” says Lundquist. “We reckon that the investor base was 80% to 85% working remotely.

“We didn’t see any problems. You would have expected delays, but there weren’t any. The infrastructure and plumbing works. This will be the market for the next six to eight weeks.”

For Unilever, and most of the other blue-chip issuers that braved the market last week, the decision seems to have paid off.

“We had growing confidence on Thursday that the market was there,” Hyttinen says. “We were watching things and were prepared to go. We are a regular issuer, so we are always ready to go. We were very pleased with the outcome. The pricing movement in the day was better than the day before.”

She is adamant, however, that the firm’s hand was not forced.

“We did have a choice – we weren’t forced to go,” says Hyttinen. “We have continued to access the CP market as well. But it is better to raise funds if they are there. We looked back at the financial crisis and we were confident of that. Having spare funding at a time like this is very important.”

Analysts at CreditSights agree that the firm’s foray into the market appeared precautionary as it has a relatively strong balance sheet and net leverage of 2.5 times. It has access to $7.865 billion undrawn revolving bilateral lines with a 364-day term out.

It is clear that lessons from 2008 have been learned – fund while you can because access can disappear overnight.

“Issuers are in a highly uncertain market and want to be defensive,” says Lundquist. “Blue-chip names such as Unilever and Engie showcase confidence in the corporate market. I expect more deals if we have continued stability.”

Single-A rated utility Engie, which had €10.5 billion in cash and €9.8 billion in undrawn credit lines, also raised $2.5 billion on Friday in five-, eight- and 12-year tranches.

Investors have benefitted from big NICs on high-quality names.

“Short-term dislocation is appealing to longer-term investors,” says Lundquist. “Elevated NICs serve to provide investors with some protection against volatility.”

However, the chances of any corporates other than benchmark issuers successfully tapping the market at the moment are grim.

“Investors are very uncertain about the outlook and are doing their own stress-testing on how long this will last,” Lundquist adds. “They are trying to grasp where we are.”

They are not alone.