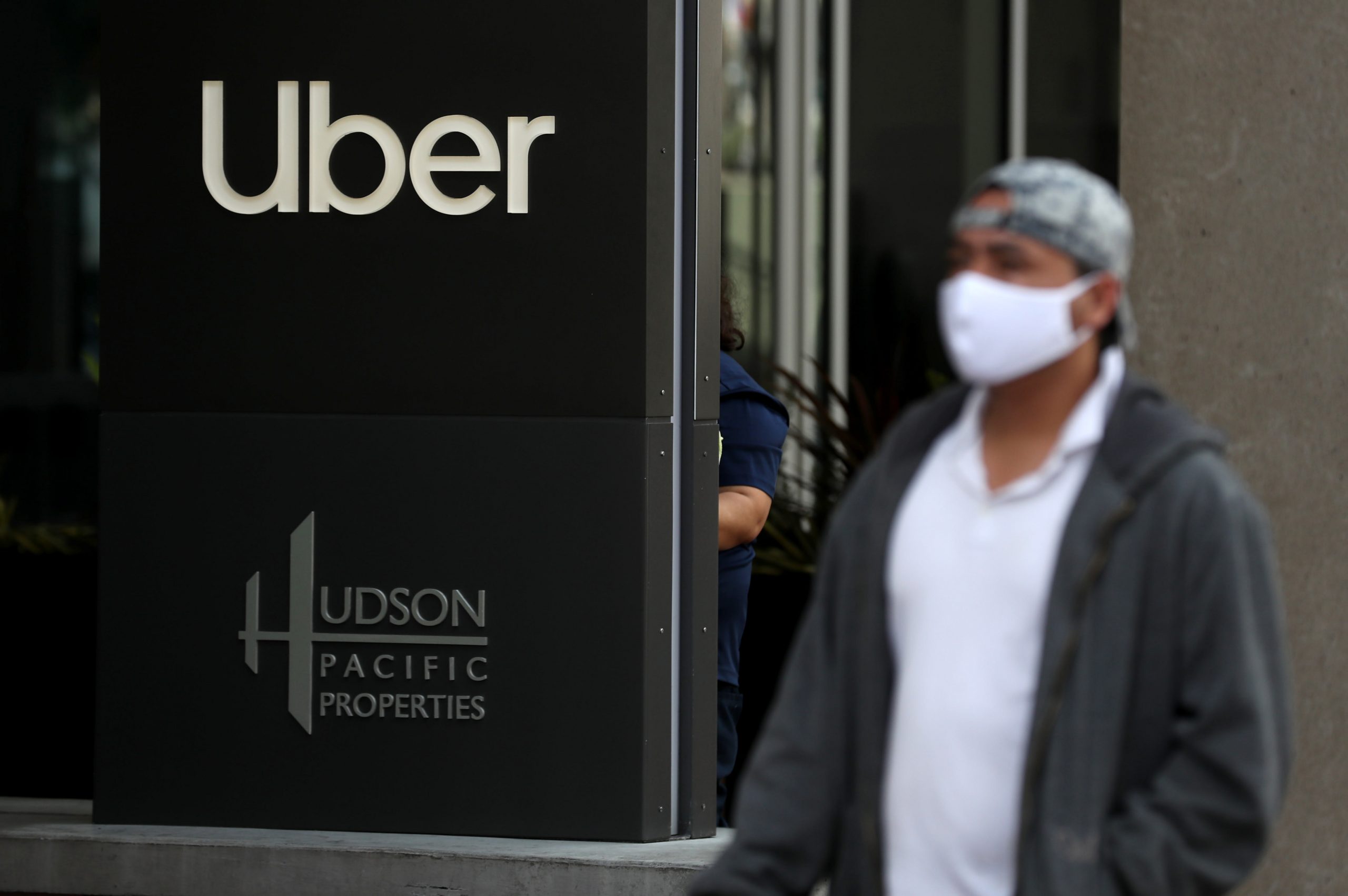 A pedestrian walks by a sign in front of the Uber headquarters on May 18, 2020 in San Francisco, California.

Dominion Energy, Berkshire Hathaway — Berkshire Hathaway gained 2.2% after the conglomerate said it is spending $4 billion to buy the natural gas transmission and storage assets of Dominion Energy. The deal marked Berkshire’s first since the coronavirus crisis and its biggest purchase in years after its cash pile ballooned to a record of $138 billion. Including the assumption of debt, the deal totals almost $10 billion. Shares of Dominion fell nearly 8%.

Uber Technologies — Shares of Uber jumped more than 4% after the company said it would purchase food-delivery service Postmates for $2.65 billion in stock. Postmates is the fourth-largest U.S. food delivery service by market share.

Spotify — The streaming music company shed 1.3% after Bernstein downgraded the stock to underperform from market perform. The firm said in a note to clients that its “unlikely Spotify will generate much earnings from podcasts,” including the high-profile deal with Joe Rogan. The stock has more than doubled since the beginning of April.

Tesla — Shares of the automaker jumped more than 9% and briefly traded above $1,300 per share after JMP Securities raised its price target on the stock to $1,500 per share. The firm said Tesla’s better-than-expected deliveries for the second quarter showed that the company was still on track for strong growth in the years ahead.

Zoom Video — An analyst at Baird hiked his price target on the video-conferencing giant to $300 per share from $230 per share. The new price target implies a 14.1% upside over the next 12 months. “While only a single-digit percent of free users plan to convert to paid, that could still provide a meaningful boost to enterprise Meetings and Phone revenue, particularly when adding international,” according to the analyst. Zoom shares rose 2.1%.