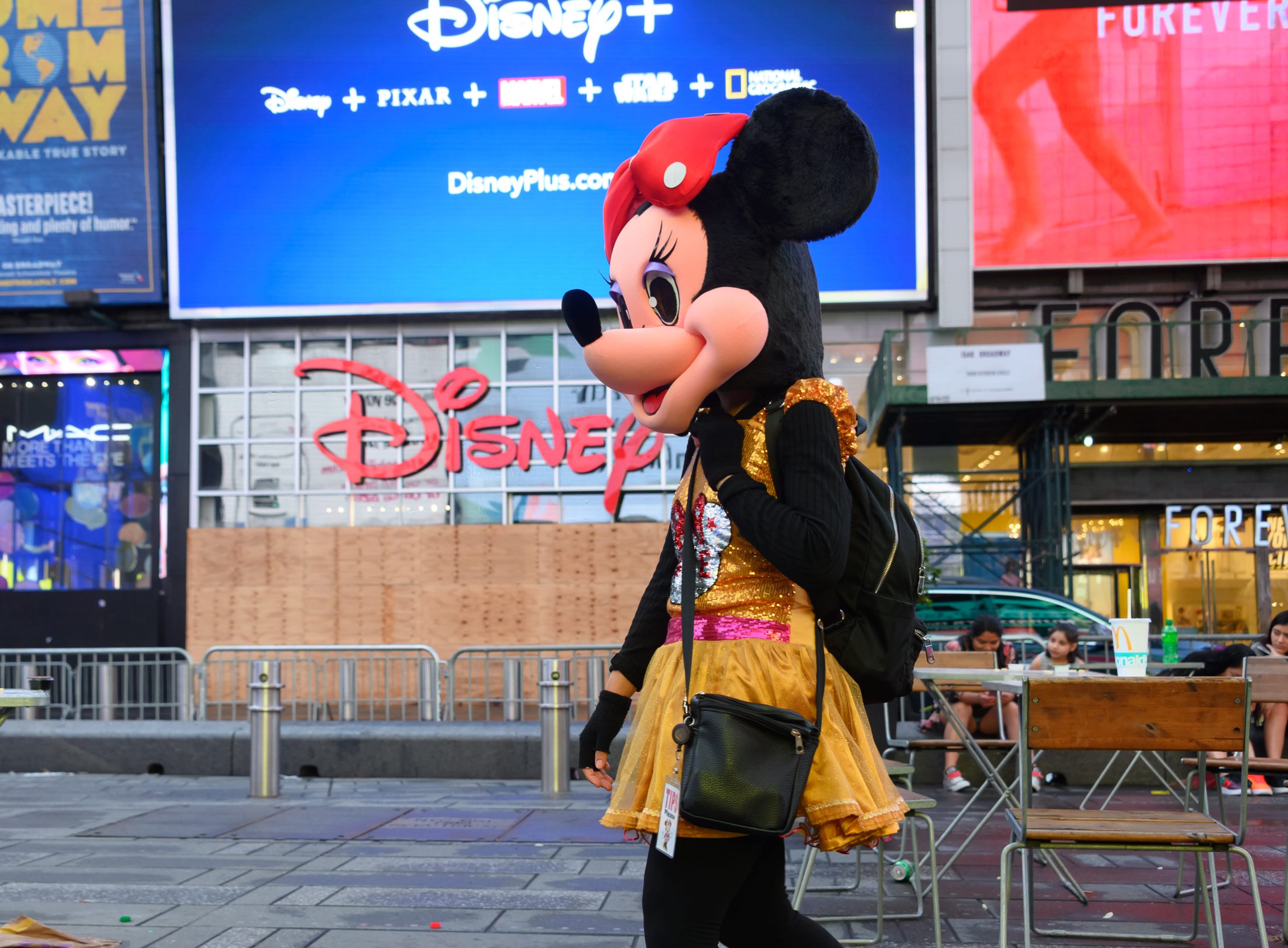 A person dressed as Minnie Mouse walks in front of the Disney store in Times Square as New York City moves into Phase 2 of re-opening during the coronavirus pandemic on June 28, 2020.

Levi Strauss – The clothing company’s stock dropped 3% in extended trading after Levi Strauss posted its second-quarter financials. Levi Strauss reported a loss of 48 cents per share excluding some items on revenue of $498 million, beating analysts’ expectations of a loss per share of 49 cents on revenues of $486 million, according to Refinitiv. The company also said it will cut about 700 jobs, about 15% of its global corporate workforce, to save money amid the pandemic.

AMC — Shares of the movie theater chain soared more than 20% during extended trading after the Wall Street Journal reported that the company is closing in on a restructuring deal to avoid bankruptcy. The proposed deal could be announced soon, the Journal reported.

Novavax, Moderna, Inovio Pharmaceuticals – Shares of several pharmaceutical companies fell after the closing bell Tuesday. Shares of Novavax fell 1% in extended trading after hitting a 52 week high earlier in the day. The company was awarded  $1.6 billion in federal funding to help develop its coronavirus vaccine Tuesday. Shares of Moderna whipsawed in extended trading after climbing more than 3% during the day. Reuters reported Tuesday that there are tensions between government scientists and the company, which was awarded federal funding, about how to conduct vaccine trials and studies. Shares of Inovio dropped more than 1% after hours.

Disney – Shares of the entertainment company rose 1% in extended trading after Disney said it will continue Walt Disney World Resort’s phased reopening in Florida on Saturday, although Disneyland Resort in California does not yet have a reopening date.

Facebook – Shares of Facebook fell 1% after the closing bell. Facebook executives met Tuesday with civil rights leaders who called for an advertiser boycott of Facebook ads, but the groups said they left the meeting with disappointment and without a clear picture of changes on the social media platform.

TechnipFMC – Shares of TechnipFMC jumped 11% in extended trading. The move came after the company announced a contract with Assiut National Oil Processing Company for a new hydrocracking complex in Egypt. The complex will turn lower-value petroleum products from a nearby Assiut refinery into around 2.8 million tons per year of cleaner products, according to a release.