Top Chinese diplomats give conciliatory signals while demanding respect from the U.S. 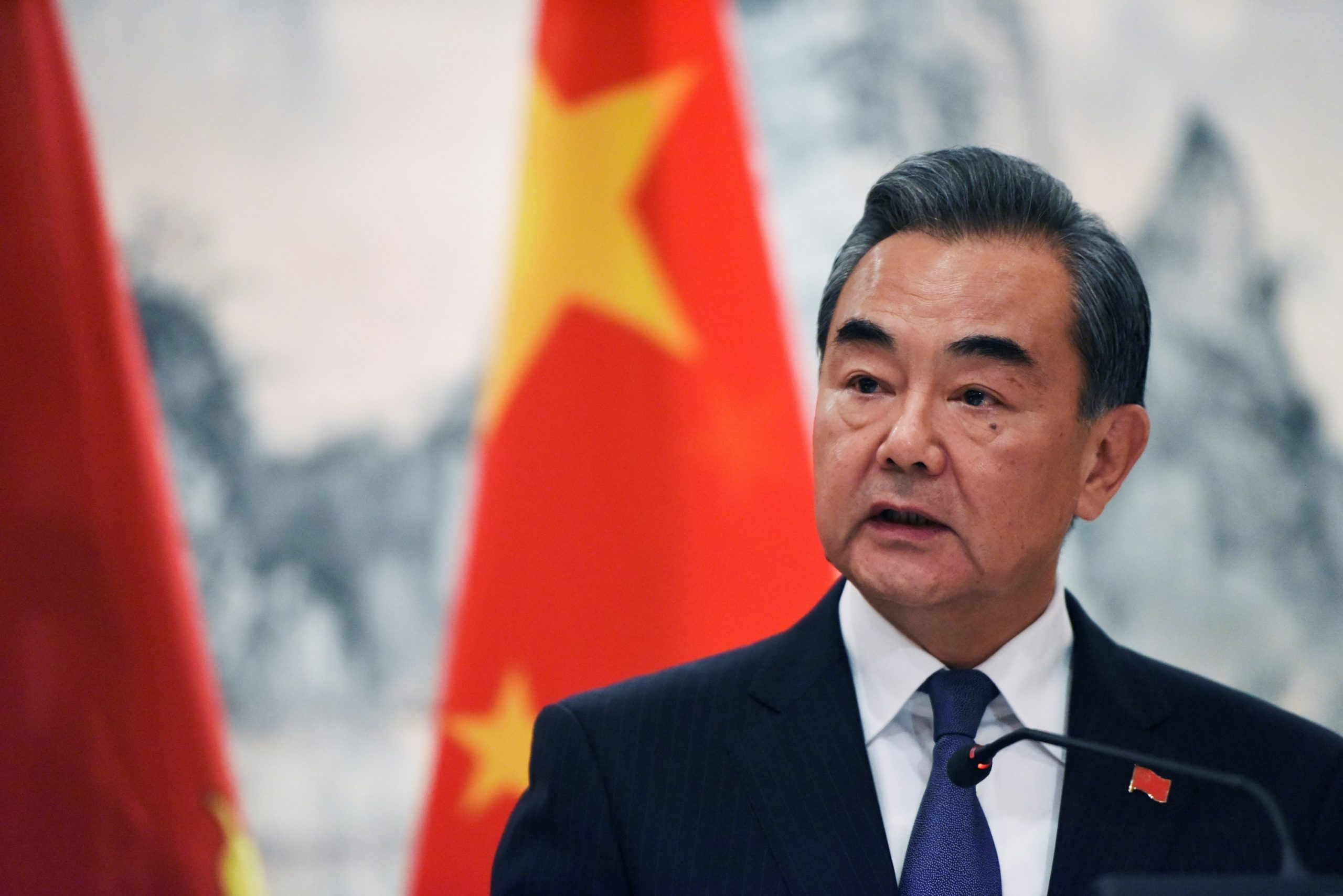 Chinese Foreign Minister Wang Yi speaks at a news conference after restoring diplomatic ties with Kiribati on the sidelines of the United Nations General Assembly in New York, U.S. September 27, 2019.

China’s top two foreign ministers kept to a conciliatory tone this week in public remarks about relations with the U.S., amid increasingly fraught tensions between the world’s two largest economies.

“China’s US policy remains unchanged. We are still willing to grow China-US relations with goodwill and sincerity,” State Councilor and Foreign Minister Wang Yi said Thursday, according to an official English translation of his remarks published on the Chinese foreign ministry’s website.

“Some friends in the US might have become suspicious or even wary of a growing China,” Yi said. “I’d like to stress here again that China never intends to challenge or replace the US, or have full confrontation with the US. What we care most about is to improve the livelihood of our people.”

Yi was speaking Thursday via video at a China-U.S. think tank event organized by the China Public Diplomacy Association, Peking University and Renmin University of China, according to the foreign ministry.

President Xi Jinping has underlined on many occasions that we have a thousand reasons to make the China-US relationship a success, and none whatsoever to wreck it.

A day earlier, Vice Foreign Minister Le Yucheng said China remained optimistic and ready to work together with the U.S., according to an official English version of his remarks on the Chinese foreign ministry website.The site said Le was participating in a video conference on U.S.-China relations co-hosted by the Chinese People’s Institute of Foreign Affairs and the Asia Society, which was founded by John D. Rockefeller 3rd.

The comments also emphasized the need to respect China’s decisions. The remarks come as some Chinese foreign ministry representatives in countries from France to Sri Lanka have taken a significantly more aggressive turn, both in person and on Twitter, ironically a social media platform banned within mainland China. Some analysts have dubbed the approach “wolf warrior diplomacy,” reflecting nationalistic Chinese action movies of a similar name.

“Neither China nor the US can mold the other in one’s own image, and China-US relations should not be driven by ideologies,” Le said.

“I also find it hard to understand: why does the US always seek to change the other country in state-to-state relations? Why does it try to impose its own ideology on others? What is the point of stopping a country from pursuing its