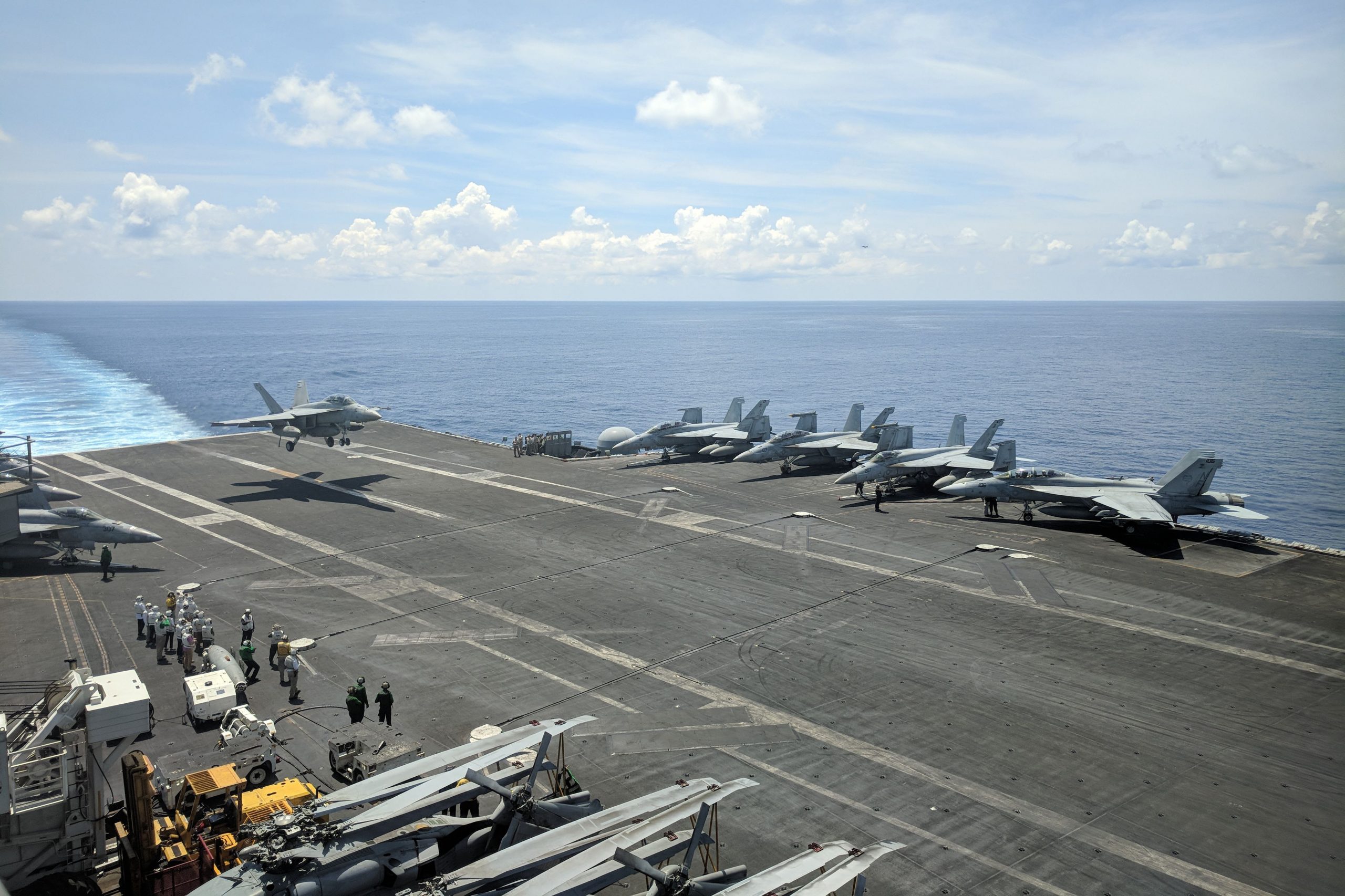 China said Tuesday that the latest U.S. rejection of Beijing’s claims in the South China Sea unnecessarily provokes tension in the region.

The highly disputed body of water — with its islands, fisheries, energy resources, military bases and trade routes — lies on the southern coast of mainland China and between Taiwan and Southeast Asian countries such as Vietnam, Indonesia and the Philippines.

In a rare move, the U.S. Navy sent two aircraft carriers to conduct operations and exercises in the region on July 4, America’s Independence Day. Beijing was already carrying out military exercises in the South China Sea from July 1 to July 5.

“The United States champions a free and open Indo-Pacific,” U.S. Secretary of State Mike Pompeo said Monday in an online statement on the State Department’s website. “Today we are strengthening U.S. policy in a vital, contentious part of that region — the South China Sea. We are making clear: Beijing’s claims to offshore resources across most of the South China Sea are completely unlawful, as is its campaign of bullying to control them.”

The Chinese embassy in the U.S. responded with its “firm opposition” in an online Chinese-language statement early Tuesday, according to a CNBC translation.

“The statement issued by the U.S. State Department on July 13 defies China’s and ASEAN countries’ efforts to safeguard the stability and peace of the South China Sea, recklessly distorting the relevant objective facts of the South China Sea and laws such as the ‘UN Convention on the Law of the Sea,’ turns the South China Sea into a tense situation, provokes China’s relationship with regional countries, and unreasonably accuses China. China is firmly opposed to this,” it said.

Neither side is itching for a military encounter … However, foreign policy tensions between Washington and Beijing have been rising significantly this year and neither side will be inclined to dial down the temperature.

The South China Sea is a globally important shipping route, and according to think tank Center for Strategic and International Studies, about $3.4 trillion of the world’s trade passed through the waterway in 2016.

High-level rhetoric between the U.S. and China has turned increasingly aggressive in recent months, amid a swath of issues ranging from technology and national security to Beijing’s increased control of Hong Kong, a semi-autonomous region that has enjoyed far more democratic freedoms than the mainland.

Over the weekend, the U.S. issued a security alert for its citizens in China on “heightened risk of arbitrary detention.” It was unclear what prompted the move, which echoed language used in a China travel advisory issued in January 2019.

Many analysts expect tensions between the world’s two largest economies to increase ahead of the U.S. presidential election in November.

Pompeo’s statement is an “escalation of the US-China dispute in the South China Sea in diplomatic terms,” geopolitical risk consulting firm Eurasia Group said in a note Tuesday.