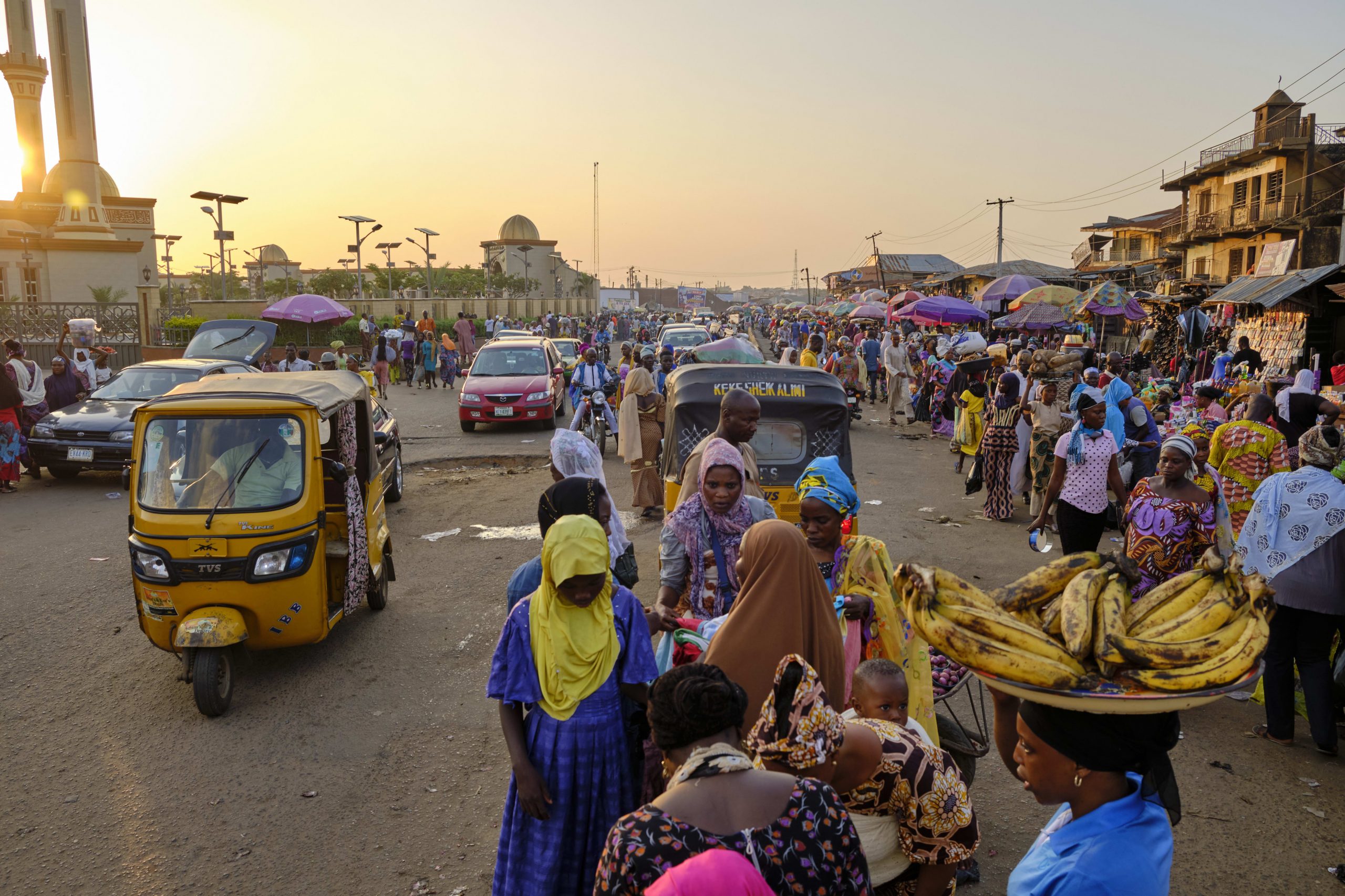 People with colorful dresses selling and buying goods in a street market in Osogbo, Nigeria at dusk.

Declining fertility rates will likely mean almost every country has shrinking populations by the end of the century, according to a new study, triggering “major shifts” in global economic power.

A new report in the peer-reviewed medical journal The Lancet, published Tuesday, expects the global population to peak at 9.7 billion by the year 2064, with the number of people across the globe forecast to fall back to 8.8 billion by 2100.

The analysis says that improvements in access to modern contraception and the education of girls and women could underpin “widespread” and “sustained” declines in global fertility.

It means that, in the absence of liberal immigration policies, 183 of 195 countries on the planet will not be able to maintain current populations by the end of the century.

In contrast, the population of sub-Saharan Africa is anticipated to triple over the course of the century, the research said, to 3.07 billion in 2100, up from an estimated level of 1.03 billion in 2017.

North Africa and the Middle East are the only other regions predicted to have a larger population in 2100 when compared to 2017.

“This important research charts a future we need to be planning for urgently,” Richard Horton, the editor-in-chief of The Lancet, said in a press release.

“It offers a vision for radical shifts in geopolitical power, challenges myths about immigration, and underlines the importance of protecting and strengthening the sexual and reproductive rights of women.”

“Africa and the Arab World will shape our future, while Europe and Asia will recede in their influence,” Horton continued. “By the end of the century, the world will be multipolar, with India, Nigeria, China, and the US the dominant powers. This will truly be a new world, one we should be preparing for today.”

Migration to become ‘a necessity’

The research, which uses data from the Global Burden of Disease Study 2017, also warns of huge shifts in the global age structure.

It expects people over 80 years old to outnumber under 5s by two to one by 2100, as fertility falls, and life expectancy increases worldwide.