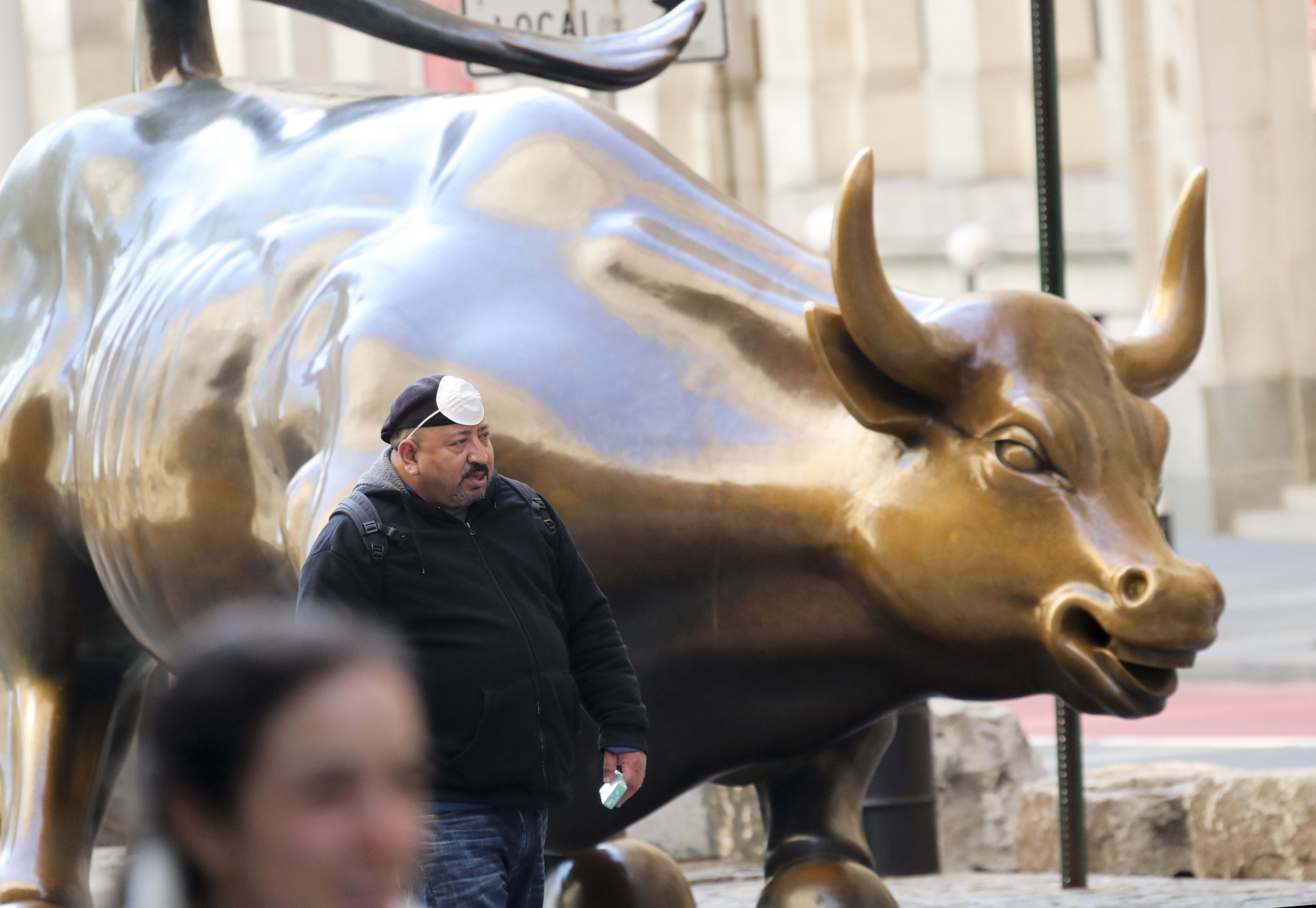 A man walks past the Wall Street Charging Bull in New York, the United States, March 24, 2020.

Several banks reported surprisingly strong second-quarter results during the opening week of earnings season, but the smaller national and regional banks had to rely on different business lines than their big-name competitors.

Major banks, including Citigroup, JPMorgan and Morgan Stanley used massive trading revenues to beat profit expectations despite the continued struggles of the United States economy during the coronavirus pandemic. Those trading units tend to perform best when markets are volatile, helping to guard the major banks against economic struggles.

Some of the mid-sized banks also had counter-cyclical help, as lower interest rates boosted mortgage refinancings even as they hurt net interest margins. Success of the mortgage business lines contributed to stronger-than-expected results for US Bancorp and the smaller Citizens Financial Group.

Citizens CEO Bruce Van Saun said the combination of low mortgage rates, high margins and people looking to move during the summer created a “perfect storm” for the mortgage business. He said he expected the second quarter represented the peak of the mortgage business during this cycle but that it should remain an area of strength.

“We took the view that the second quarter was so strong, such a gangbusters quarter, that it’s unlikely to repeat as we remove some of the seasonal factors in the second half of the year, but we still think it’s going to be pretty darn good,” Van Saun said.

For US Bancorp, RBC Capital Markets and Morgan Stanley, citing revenue growth from fees, raised their earnings estimates for the bank following the earnings report.

“Though USB reports results below it