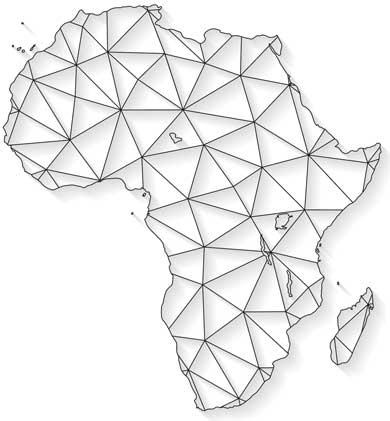 Following the collapse of Equity Bank’s plans to acquire Atlas Mara’s subsidiaries in Rwanda, Zambia, Mozambique and Tanzania in June, the deal is a sign that an anticipated Covid-19-driven spate of bank mergers may be on the cards.

Analysis by McKinsey suggests that the coronavirus crisis could result in African banking revenues falling by between 23% and 33% between 2019 and 2021.

Over the same period, African banks’ return on equity could fall by between 5% and 15%, driven by rising risk costs and reduced margins.

African banks currently have among the highest cost-to-asset ratios in the world at 4% to 5%, twice the global average.

As they cannot rely on the same level of support from central banks as European or US counterparts, the risk to balance sheets of forbearance on loan repayments and mortgages is high.

“Because of heightened asset-quality risk that will hurt liquidity and capital ratios for multiple banks, it is logical to expect you will see more bailout-type M&A deals as we go,” reckons Adesoji Solanke, director in frontier/sub-Saharan banks equity research at Renaissance Capital.

The Cavmont acquisition, however, is a strategic investment that will propel Access into the top tier of banks in Zambia with a lot of capital to grow, according to Bolaji Balogun, chief executive of independent investment bank Chapel Hill Denham.

It also makes sense because the firms have complimentary client bases and scale.

“Our expectation is, organically, this institution can narrow the gap on the top players,” he says.

“There is a regulatory imperative to increase capital and… what this transaction has done is create a pathfinder. Everyone is going to think more about: can domestic consolidation and M&A be the right solution to gain more market share?”

IFRS9 – arguably the catalyst for 2019’s Access-Diamond Bank transaction – has been adopted by the continent’s largest banks, but second-tier institutions are still phasing in the international accounting standards .

“The IFRS 9 implementation substantially changed the credit position of Diamond and meant they had to raise money,” says Philip Southwell, partner at Chapel Hill Denham. “If you find an institution on the continent that is still phasing it in, it is a bit like having a sub-investment grade credit rating. It is a sign.”

Balogun says the bulk of M&A will be domestic.

“The concept of domestic consolidation is a big theme,” he says. “It is probably where you have the most synergies and minimal execution risk.”

There were several large bank mergers in Kenya last year. National Bank of Kenya was acquired by KCB Group, while NIC Bank and Commercial Bank Africa merged to form NCBA.

There was also some cross-border activity, with Access Bank receiving regulatory approval to acquire Kenya’s Transnational Bank earlier this year.

Cross-region financial M&A is relatively rare in Africa, and the challenges of navigating 54 disparate markets are only heightened by Covid-19, as Equity Bank’s decision to abandon talks with Atlas Mara over the sale of four of its subsidiaries shows.

“Africa is five broad economic zones, and they’re all very different,” says Balogun. “Only a handful of institutions travel really well across these economic zones.”

Moody’s analyst Christos Theofilou says there are two ways of viewing the outlook for bank M&A in the continent.

One is that banks that want to protect their own balance sheet will be more hesitant to invest and acquire other players.

But the other way to look at it is that prices will drop and there will be opportunities to acquire cheaper assets.

Balogun says the crisis will certainly bring out some vultures, who will recognise that some good institutions in domestic markets might be capital constrained.

Financials including banks and non-banks such as insurers and pension funds will likely see the most activity, as will the consumer segment and commodity-led businesses.

“Some of the best deals are done in a crisis,” he says. “Almost certainly Covid will do some damage with entities that entered [the crisis] with a lot of leverage, and opportunities for those buyers who have excess capital and cash, or whose share prices have remained quite solid.”