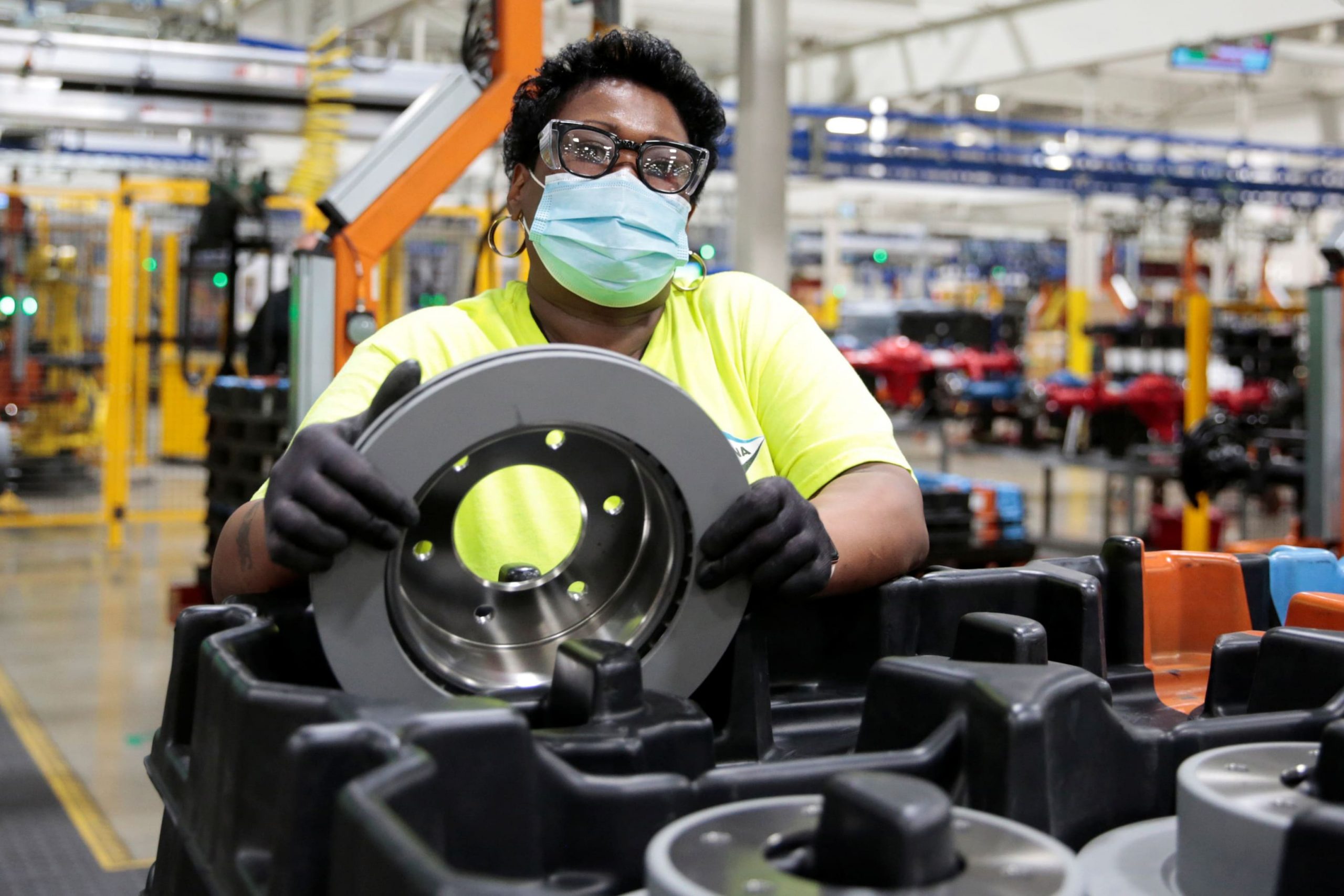 Hundreds of unemployed Kentucky residents wait in long lines outside the Kentucky Career Center for help with their unemployment claims on June 19, 2020 in Frankfort, Kentucky.

Persistently high unemployment claims show the impact of the spreading virus on the workforce, and economists are already warning that July’s employment report could show no progress or even job losses.

The Labor Department said Thursday that initial jobless claims came in at 1.416 million for the week ending July 18, the 18th straight week in which initial claims totaled more than 1 million. The weekly claims also rose for the first time after 15 weeks of declines, and it was coincidentally the same week used by the government to conduct the survey for the monthly employment report.

The number of people continuing to collect state unemployment benefits fell by 1 million to 16.2 million for the week ending July 11. That data is delayed by one week. Another 13.2 million were collecting benefits under the Pandemic Unemployment Assistance program, according to data available through the week of July 4.

“They [claims] were coming down for awhile in April and May and they were leveling off in June, and that’s persisted to mid-July,” said Kevin Cummins, chief U.S. economist at NatWest Markets. “There’s kind of a disconnect between the employment report and these layoff numbers. … They’re more suspect because of Covid.”

All told, 31.8 million people were collecting benefits in all programs, as of the July 4 week. “The added benefit stuff is a reminder that the labor market is very weak right now,” said Cummins. “There are other high frequency data, and some of those suggest a significant slowdown in payroll growth in July. It will probably be pretty close to flat for the month.”

The monthly data showed job gains of 4.8 million in June, following 2.7 million payrolls added in May. Those reports came after combined job losses of 22 million in March and April.

Diane Swonk, Grant Thornton’s chief economist, said she has been watching the the Census Bureau’s household pulse survey, which it began releasing weekly in March. “Between the end of the survey in June and the week of the survey in July, it suggests we lost 6.7 million jobs,” she said.

She said the government’s report for July jobs will not be the same number. “What it actually will print will be different than that, but chances are good it’s flattish to down. … At best, we’ve plateaued. At worst, we’re losing ground,” she said.

That benefit ends the end of next week, and Republicans have proposed reducing it to $100 a week, sources told CNBC. The CARES Act also enabled self-employed and gig workers to collect benefits under the Pandemic Unemployment Assistance program, which runs until the end of the year.

Treasury Secretary Steven Mnuchin said on CNBC that the GOP has a plan that would base jobless benefits on a 70% wage replacement, though he did not provide details. Policy strategists expect the benefits to be extended at some lower amount. Democrats have supported extending the existing payments.

Strategists have said the resurgent virus makes fiscal stimulus even more important. Some of the states with the biggest increases in infection had the highest numbers of new claims, as businesses cut back or even closed again. Flori