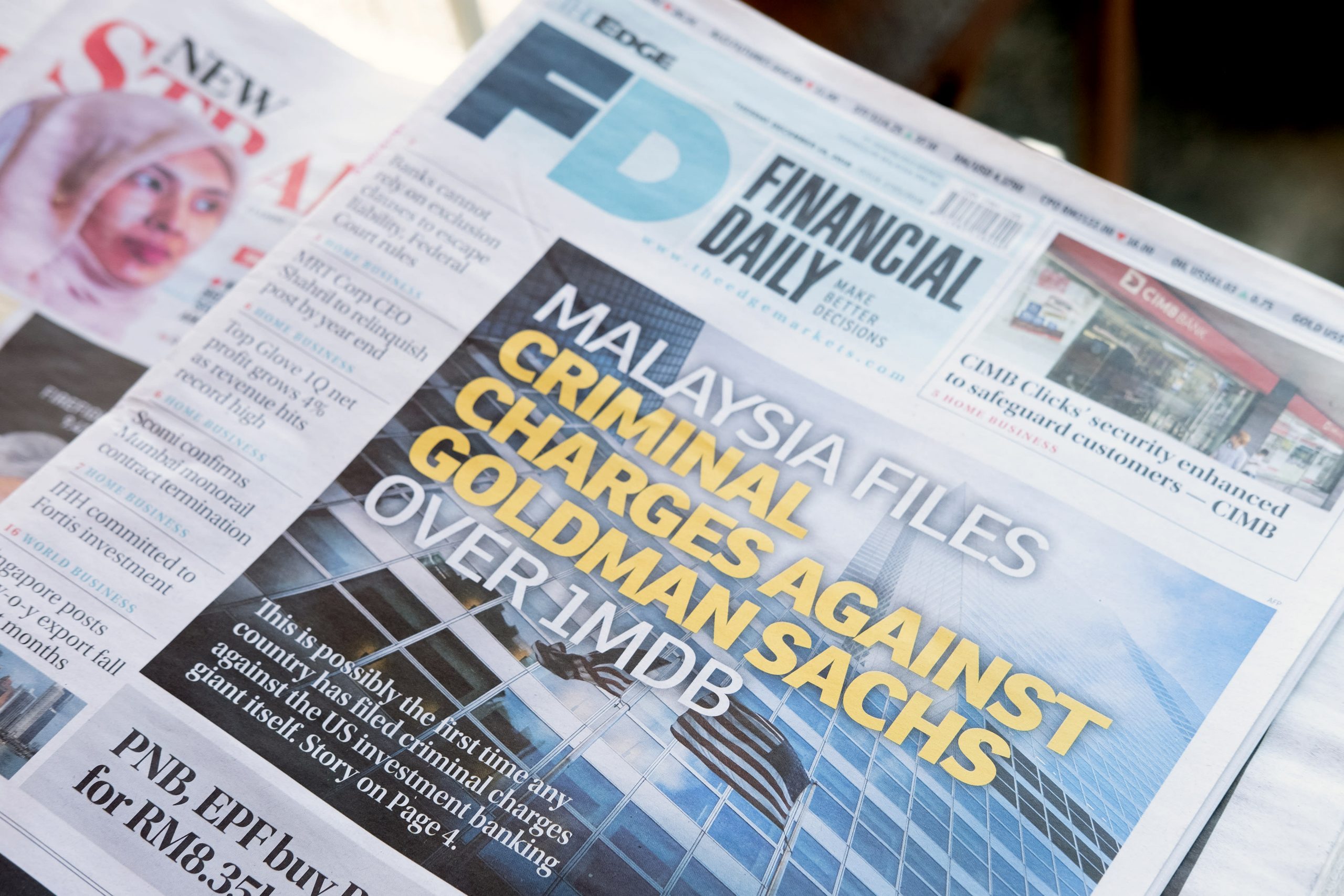 Copies of the Financial Daily newspaper featuring a front page report on Goldman Sachs Group Inc. are displayed for sale at a stand in Kuala Lumpur, Malaysia, on Tuesday, Dec. 18, 2018.

Goldman Sachs said Friday it has settled a key part of an international scandal by agreeing to a $3.9 billion deal with Malaysia.

The bank will pay Malaysia $2.5 billion in cash for its central role in the 1MDB debacle and guarantee the country will receive at least $1.4 billion in proceeds from assets seized around the world.

“This settlement by Goldman Sachs represents its acknowledgment of the misconduct of two of its former employees in the broader 1MDB fraudulent and corruption scheme,” Malaysia’s finance minister said in a statement.

The deal paves the way for Goldman to settle with U.S. authorities for its role in the scheme, according to a person with knowledge of the situation. A settlement with the Department of Justice has been expected since the start of this year, and reportedly has been delayed as Goldman seeks to avoid a guilty plea in the case.

When it happens, a settlement with the U.S. would remove a cloud that has hung over CEO David Solomon since he took over at Goldman in late 2018. Goldman bankers were accused of helping a Malaysian financier plunder billions of dollars from the $6.5 billion 1MDB fund, money that was supposed to help develop the country’s economy.

Instead, money raised in bond deals facilitated by Goldman in 2012 and 2013 was allegedly used by Malaysian financier Low Taek Jho to fund a spending spree of epic proportions, including real estate and art around the world, a $250 million yacht, and a stake in the Martin Scorsese film “The Wolf of Wall Street.”