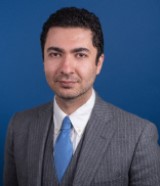 Iran’s official exchange rate as of July 17 was just over 42,000 rials to the dollar. This rate, however, is subsidised by the Iranian government and reserved for humanitarian imports.

Imports of other essential products use the Integrated Forex Deals System, locally known as Nima, which gives a rate of around 154,000 rials.

The parallel or open-market rate is applied to all other exports and used by local currency traders. According to Bonbast, a website that has tracked unofficial currency market rates in Iran since 2012, dollars were selling for around 241,500 rials on July 17.

Fereydoun Khavand, a French-Iranian economist based in Paris, blames the Central Bank of Iran (CBI) for failing to preserve the value of the national currency, by printing money since the mid 2000s.

CBI governor Abdolnaser Hemmati recently stated that the bank had injected $288 billion into the foreign-exchange market over the last 15 years to control the rate of exchange. Yet despite the apparent failure of this strategy, Iran’s president, Hassan Rouhani, has instructed the central bank to continue the intervention.

Most of this US currency has come from oil sales and non-oil exports to neighbouring countries such as Iraq, UAE and Turkey. The problem Iran faces now is that a combination of sanctions and reduced demand for oil since the coronavirus pandemic began mean it has fewer dollars at its disposal.

“Many Iranian economists believe this approach has adversely impacted Iranian exports and production,” says Arash Azarmi, economist at Volant Media, which owns London-based Persian news channel Iran International. “Countries weaken their currency to stimulate exports, but Iran has done the opposite, which is a major reason why the economy and the rial are deteriorating.”

Iran’s exports have fallen dramatically during the pandemic, but the depreciation of the rial is more of a price correction, suggests Saeed Ghasseminejad, senior Iran and financial economics adviser at the Washington-based Foundation for Defense of Democracies.

“Had Tehran allowed the exchange rate to be discovered through market forces, we probably would not have seen the big spikes that we have seen,” he says. “However, the central bank resists market forces and defends the rial for as long as it can before at some point giving up, leading to enormous market corrections.”

Another factor is that the dollar and euro have become commodities in Iran, with ordinary people looking at foreign currency as an investment opportunity, according to Bonbast spokesperson Ray Kazemi.

Kazemi tells Euromoney that the government’s efforts to keep the value of the rial artificially high have only served to increase the import of foreign goods, causing further foreign currency outflows.

In mid June, the Tehran Times reported that the new parliament had proposed strengthening economic diplomacy and changing the pattern of oil and oil-products exports, to shift the country’s foreign exchange balance.

The new parliament may be offering schemes and policies to repair Iran’s economy, but Azarmi at Volant cautions that this approach has been unsuccessful for previous administrations.

“Iran’s economic diplomacy directly relates to its foreign diplomacy,” he explains. “Many economists and political scientists propose that the country has no option but to foster better global relations in order to stimulate economic growth and benefit from foreign investment.

“However, many Iranian political programmes do not follow this trajectory.”

Even the trade relationships Iran does have, such as with neighbouring countries and with China, are under considerable strain due to the Covid-19 crisis. According to recent media reports, Iran and China are working on a pact to allow Chinese investment into many sectors of the economy in return for oil supplies.

“Some Iranian politicians have stated that they should head back to the East in terms of foreign relations, which is the trail of thought that lead to the recent deal with China,” adds Azarmi. “Despite this formal agreement, the reality is that even China is accommodating the US sanctions and many Chinese companies have left Iran because of this. Therefore, it seems that such agreements are not worth the paper they are written on.”

Kazemi is also sceptical about the value of such an approach, noting that due to the severe US sanctions no country is willing to buy Iran’s oil, even it is a barter in the form of goods versus oil.

“Only China buys oil from Iran on a