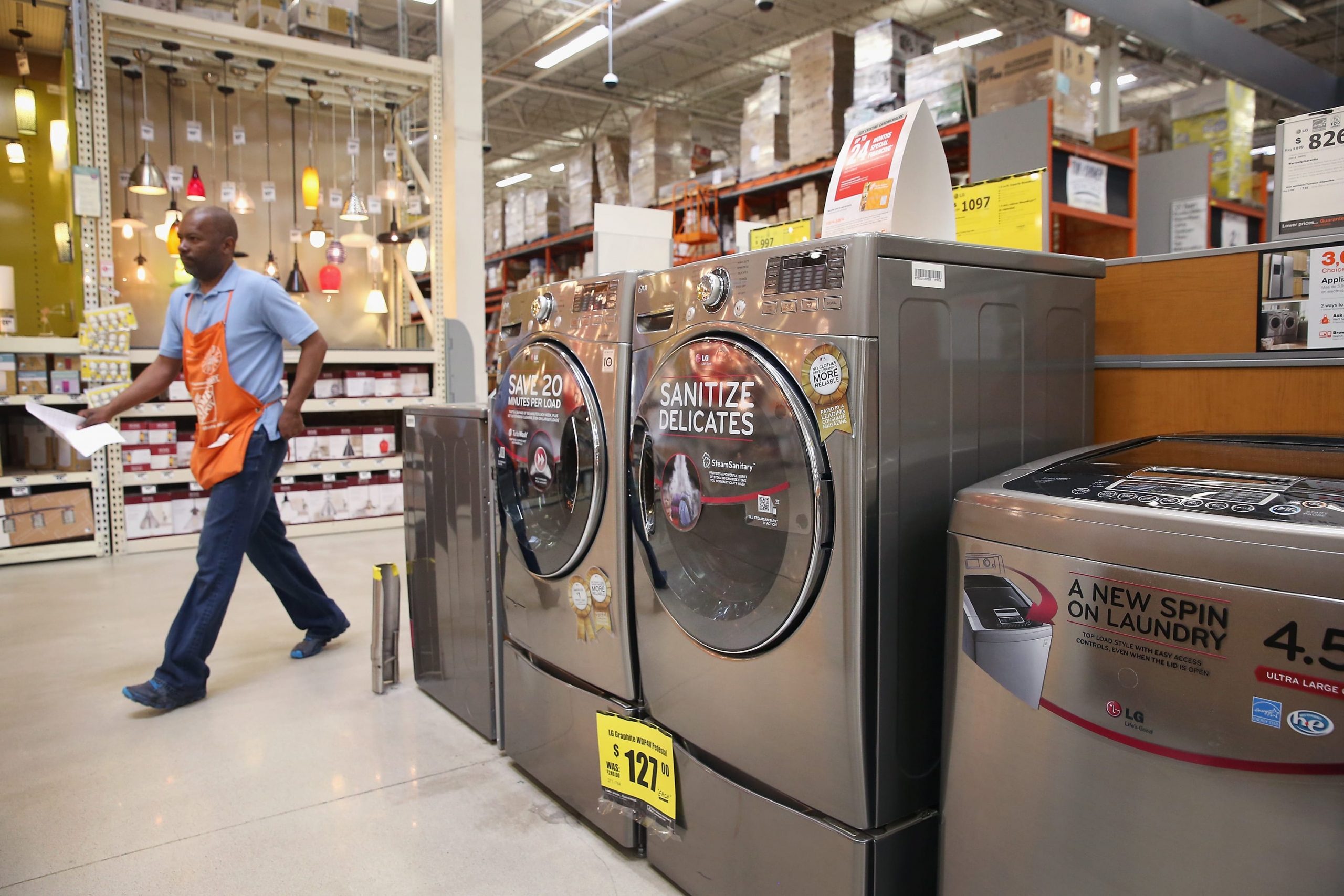 Household appliances are offered for sale at Home Depot in Chicago, Illinois.

New orders for key U.S.-made capital goods increased by the most in nearly two years in June and shipments accelerated, but the gains were likely insufficient to avert the deepest plunge in business investment and economic activity since the Great Depression in the second quarter because of the COVID-19 crisis.

The improvement in manufacturing reported by the Commerce Department on Monday was driven by pent-up demand following the reopening of businesses. The budding recovery is threatened by a resurgence in new cases of the coronavirus, which has forced some authorities in the hard-hit South and West regions to either close businesses again or halt reopenings.

Orders for non-defense capital goods excluding aircraft, a closely watched proxy for business spending plans, jumped 3.3% last month, the Commerce Department said. That was the biggest increase in these so-called core capital goods orders since July 2018 and followed a 1.6% rise in May.

Shipments of core capital goods surged 3.4% last month, the biggest gain since November 2013. Core capital goods shipments are used to calculate equipment spending in the government’s gross domestic product measurement. They rose 1.6% in May and remain 3% below their February level.

Economists expect business spending on equipment contracted at as much as a 36% annualized rate in the second quarter. The anticipated record drop would lead to the fifth straight quarterly decline in overall business investment.

According to a Reuters survey of economists, GDP collapsed at a 34.1% rate last quarter, which would be the sharpest contraction in output since the government started keeping records in 1947. The economy shrank at a 5.0% pace in the January-March quarter, the deepest since the 2007-09 recession.

The government will publish its snapshot of second-quarter GDP on Thursday. The closure of nonessential businesses i