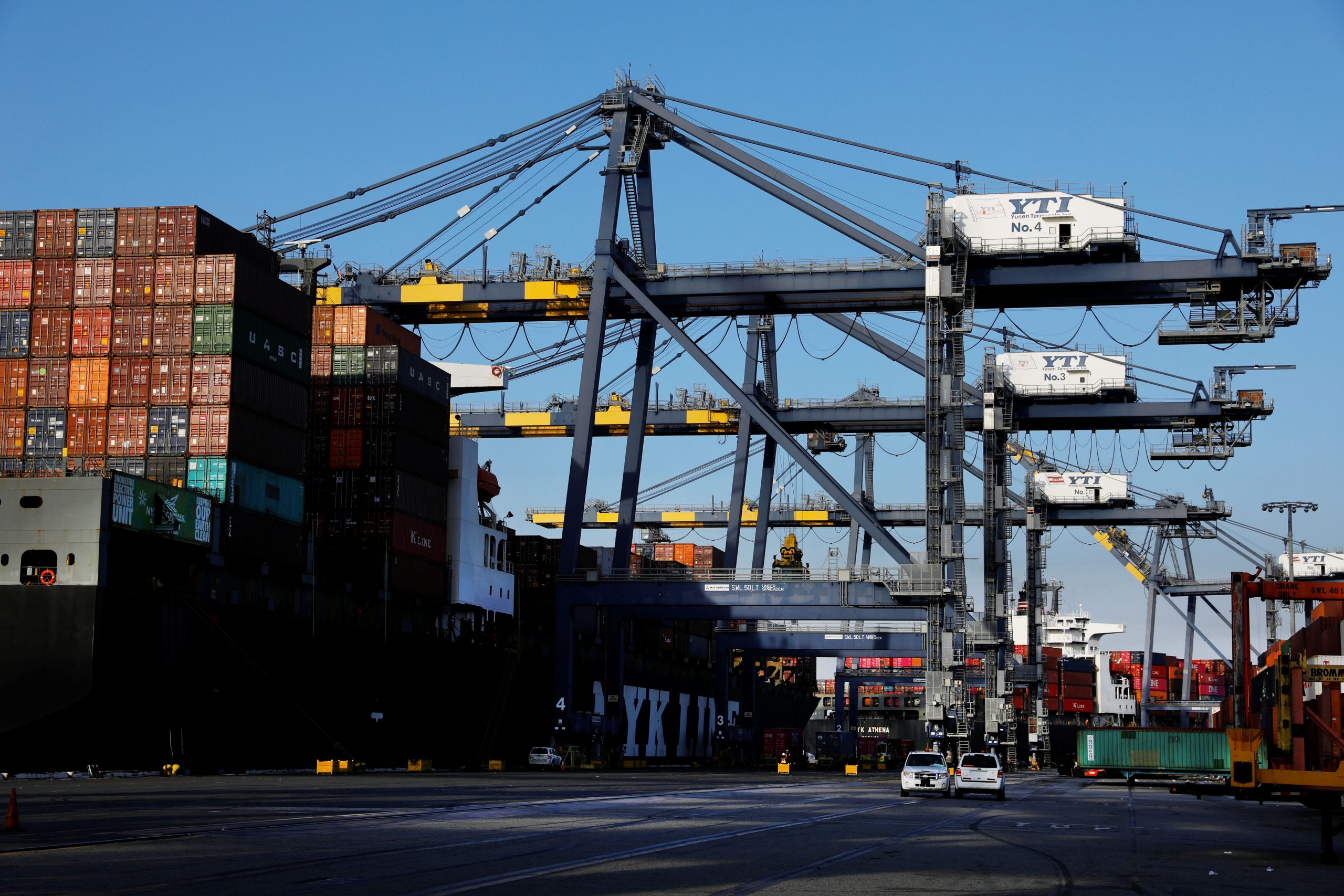 Shipping containers are stacked on a ship docked at Yusen Terminals on Terminal Island at the Port of Los Angeles in Los Angeles, January 30, 2019.

The United States’ trade deficit in goods fell sharply in June as exports rebounded following several months of decline, suggesting a recovery in global trade after being severely disrupted by the Covid-19 pandemic.

The shrinking goods trade gap reported by the Commerce Department on Wednesday did not change expectations that the economy contracted at its steepest pace since the Great Depression in the second quarter because of the coronavirus.

The rebound in exports was led by a 144.1% surge in shipments of motor vehicles and parts. Exports of capital goods soared 11.0% and consumer goods jumped 12.6%. There were also increases in exports of industrial supplies and other goods, but shipments of food, feeds and beverages fell.

Imports of motor vehicles and parts accelerated 107.7% last month. There were also strong gains in imports of capital and consumer goods. Imports of industrial supplies, however, fell.

Though the smaller goods trade deficit is a boost in the calculation of gross domestic product, it was offset by continued decreases in retail and wholesale inventories. Prior declines in imports forced businesses to draw down inventories.

The government is scheduled on Thursday to publish its snapshot of second-quarter GDP. According to a Reuters survey of economists, GDP probably contracted at a 34.1% annualized rate last quarter, the sharpest drop in output since record-keeping started in 1947. The economy contracted 5% in the January-March quarter. It entered a recession in February.

The Commerce Department also reported on Wednesday that retail inventories dropped 2.6% in June after decreasing 6.2% in May. Motor vehicle and parts inventories tumbled 6.5%.

Retail inventories, excluding motor vehicles and parts, the component that goes into the calculation of GDP, fell 0.8% after dropping 1.7% in May. Wholesale inventories fell 2.0% in June after sliding 1.2% in the prior month.