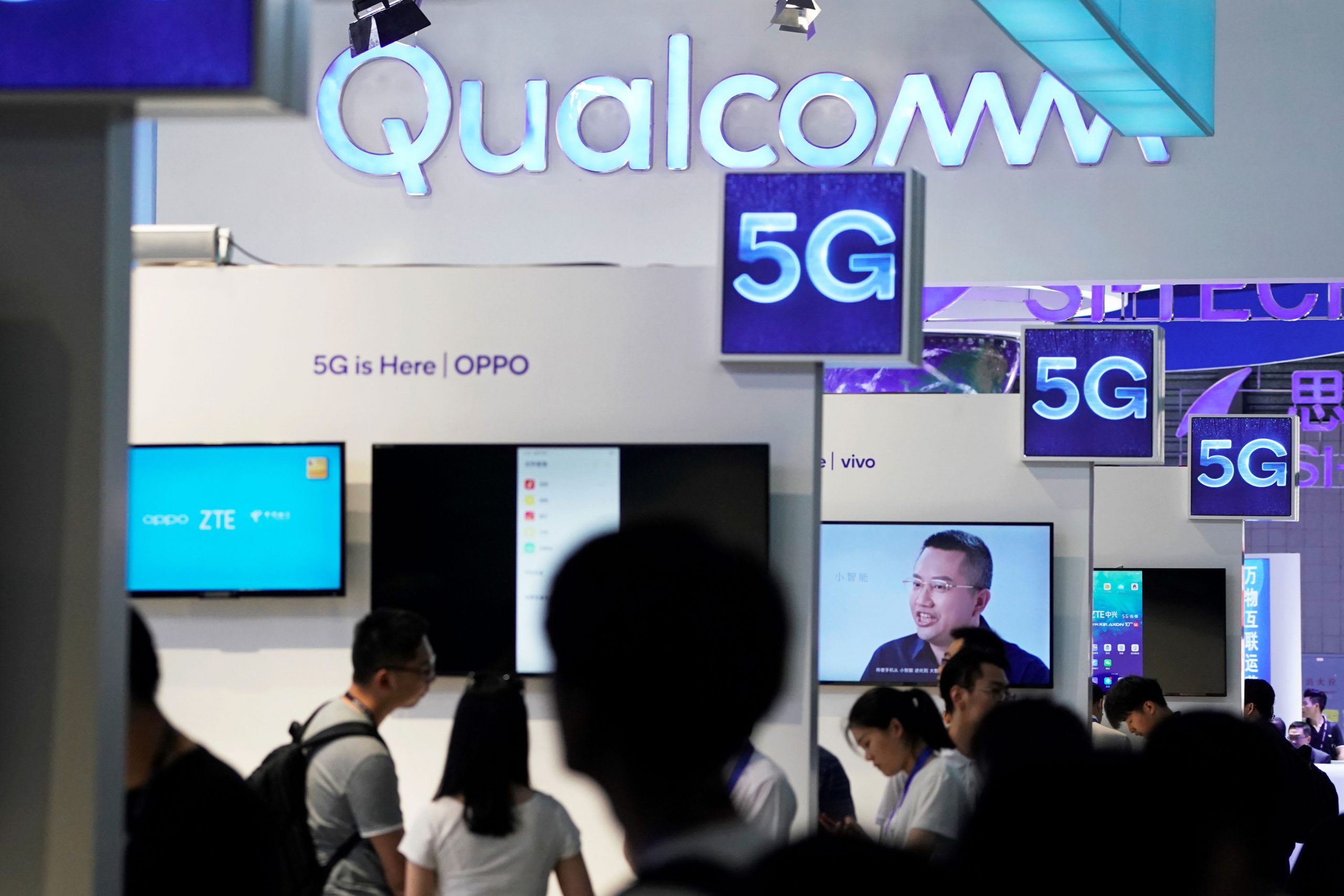 A sign is posted outside of the PayPal headquarters in San Jose, California.

Eastman Kodak — Shares of Kodak whipsawed in extended trading following a tremendous surge of more than 300% during the regular trading session. The stock at one point after hours was up 6%, before reversing course and falling more than 5%. President Donald Trump on Tuesday announced the company had been tapped to produce ingredients for generic drugs in response to the coronavirus crisis. Due to volatility, trading on the stock was halted 15 times Wednesday.

Qualcomm — Shares of Qualcomm soared 12% after the market closed following the release of Qualcomm’s third-quarter financial results. The company posted a beat on earnings and revenue, reporting earnings of 86 cents per share, excluding some items, on revenues of $4.89 billion. Analysts polled by Refinitiv estimated earnings of 71 cents per share on revenues of $4.81 billion. Qualcomm also announced a patent deal with Huawei.

PayPal — Shares of the online payments firm jumped 5% in extended trading after PayPal released its second-quarter financial results. PayPal reported earnings of $1.07 per share excluding some items on revenues of $5.26 billion, compared with consensus estimates of analysts polled by Refinitiv of 88 cents earnings per share on revenues of $4.99 billion. “In the midst of the COVID-19 pandemic, digital payments have become more important and essential than ever,” PayPal CEO Dan Schulman said of the company’s quarter.

ServiceNow — Shares of the cloud computing company fell 3% after ServiceNow issued its second-quarter financial results. ServiceNow’s earnings of $1.23 per share, excluding certain items, and revenues of $1.07 billion were higher than the $1.01 per share and $1.05 billion that Refinitiv consensus estimates had expected. The company also raised its subscription revenue forecast for the year.

At Home — Shares of At Home spiked more than 45% after releasing preliminary second quarter results that saw comparable store sales rise by 42% relative to last quarter. The home decor company cited “pent-up demand and stimulus spending” related to the pandemic for its growth in the quarter, which saw net sales of $515 million. Analyst