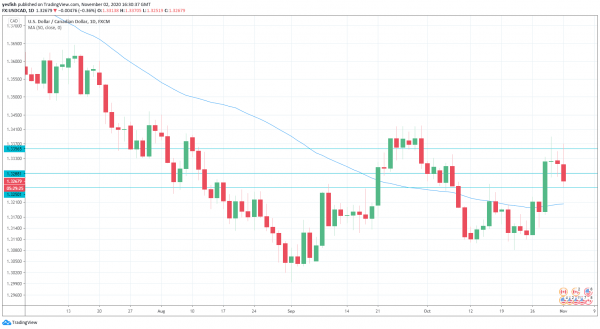 The Canadian dollar has kicked off the week with gains. In Monday’s North American session, USD/CAD is trading at 1.3270, down 0.34% on the day. It was a rough week for the Canadian dollar, which fell 1.48%, its worst weekly performance since late March.

The week started on a positive note, as Canada and the US both posted strong manufacturing numbers for September. Canada Manufacturing PMI remained well into expansionary territory, with a reading of 55.5 points. This was slightly lower than the previous reading of 56.0, but is nonetheless a sign that the manufacturing sector is in solid shape.

In the US, the ISM Manufacturing PMI rose to 59.3 in October, a strong improvement from the previous release of 55.4 points. This was the strongest reading since November 2019 and is another signal that the US economy continues to gain traction. Recent US numbers have looked strong, notably a first-estimate GDP of 33.1% in the third quarter. At the same time, it must be remembered that these figures come after a huge downturn in the economy, which included a GDP plunge of -31.4%. The US economy has certainly taken significant steps in recovery, but economic activity is still below what it was prior to the Covid-19 pandemic.

Millions of voters in the US head for the polls on Tuesday, although more than 92 million people voted prior to the election. There are strong expectations of market volatility surrounding the election. especially if the results are contested, which would trigger huge political uncertainty. A continuation of the status quo, with a surprise re-election of Trump and a Republican-controlled Senate, would be bullish for the US dollar. Conversely, a Biden win and the scenario of a “blue sweep” in which the Democrats take control of both the House of Representatives and Congress, would likely weigh on the greenback. 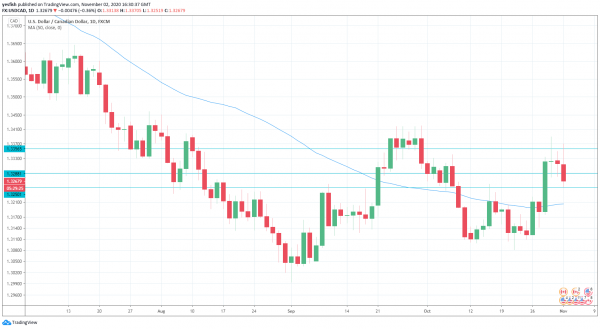