Stocks Surge on US Elections, Dollar and Yen Weak But No Follow Through Selling Yet 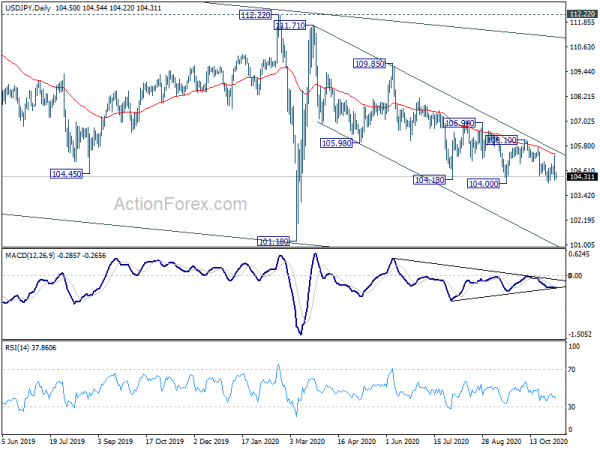 Movements in the forex markets in reaction to the US elections were relatively indecisive, comparing to the strong risk-on moves in the stocks. There is no clear follow through selling in Dollar and Yen so far, while commodity currencies are struggling to extend gains. Focuses will now turn to BoE monetary policy decision first, where QE expansion is expected. Fed will take the spotlight later in the day but it’s more likely a non-event than not.

Technically, we’re continue to keep an eye on 104.00 support in USD/JPY. Sustained break there will confirm resumption of whole decline from 111.71. Any downside acceleration toward 101.18 support could spillover of selloff in Dollar elsewhere. As for other Dollar pairs, 1.1880 resistance in EUR/USD and 0.7243 resistance in AUD/USD would carry some significance. 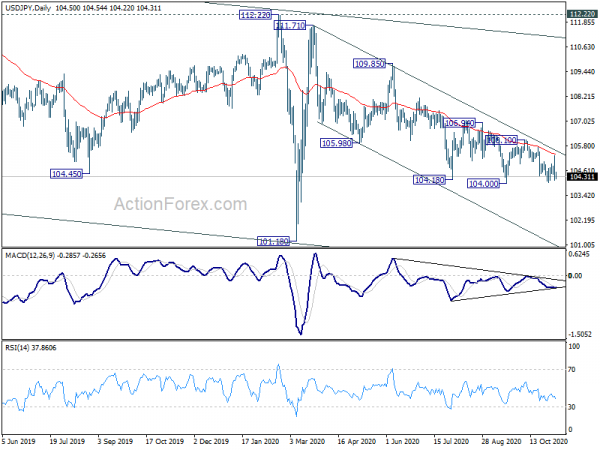 The US stock markets responded to US elections result in very bullish way. NASDAQ, in particular, shone with 3.85% gain while S&P 500 also added 2.21% overnight. Both indices are set to resume the record runs.

Hong Kong stocks responded exceptionally well to US election results, which could an indication on optimism over US-China relations going forward. This week’s rally suggests that rise from 23124.25 is the third led of the pattern from 21139.16. Test of 26782.61 resistance should be seen next. Firm break there will confirm resumption of the whole rise from 21139.16.

Nevertheless, the price actions from 21139.26 are still rather corrective looking. Firm break of 55 week EMA would be a sign of medium term reversal. Yet, the key resistance level lies in long term channel resistance (now at around 27500). Reactions to this resistance could reflect the real development in US-China relations, after the initial honey moon period.

Preliminary reading of New Zealand ANZ Business Confidence in November showed slight improvement to -15.6, up from October’s -15.7. Own Activity outlook dropped slightly to 4.6, down from 4.7. Looking at some details, export inte3ntions improved from -3.5 to 0.0. Investment intentions dropped from 1.9 to -3.3. Employment intentions rose from -2.5 to -1.4. Inflation expectations rose from 1.38 to 1.55.

ANZ said, “now that the wage subsidy has wound up and the lost summer for tourism looms large, business resilience will be tested. But it’s fair to say the starting point looks much more positive than looked likely a few months ago.”

BoE and Fed to highlight the day

Looking ahead, two central bank meetings will be the main focuses today. BoE is generally expected to scale up the asset purchase target to GBP 845B. Fed is expected to keep monetary policy unchanged. Here are some suggested readings: 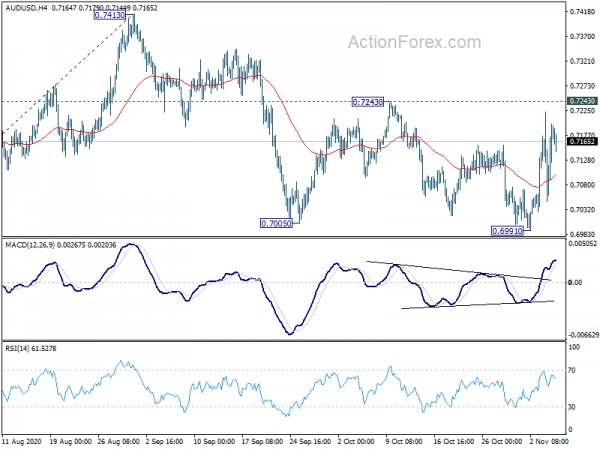 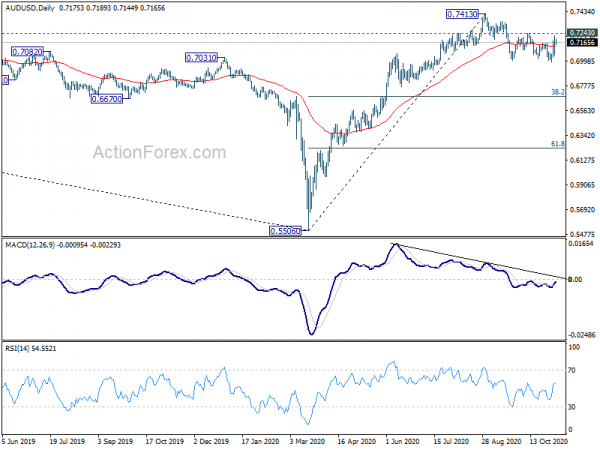