Job growth expected to have slowed in October, as rehirings drop off, layoffs increase 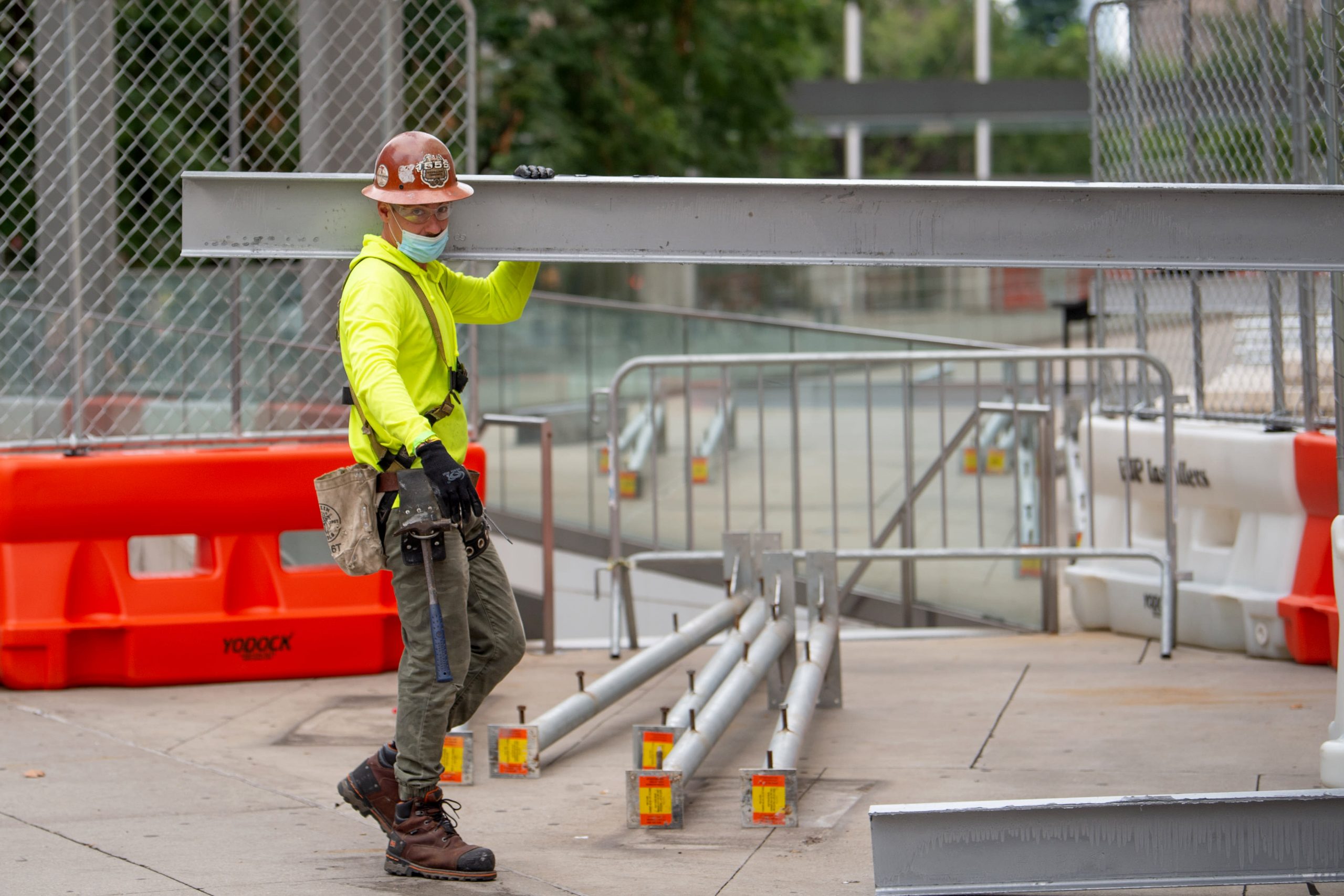 A construction worker wearing a mask carries a steel beam as the city continues Phase 4 of re-opening following restrictions imposed to slow the spread of coronavirus on September 11, 2020 in New York City.

Economists mostly expect job growth slowed in October, as the pace of rehirings dropped off and layoffs increased.

Job growth was expected to total 530,000 in October, and the unemployment rate is expected to fall to 7.7%, according to Dow Jones. That number includes about a 150,000 decline in public sector jobs from the end of temporary positions for workers conducting the census.

But while the consensus is for about a half million jobs, economists have a wide range of forecasts for October payrolls. Citigroup economists, for instance, expect 800,000 jobs were created in October.

“We expect a solid increase of 800k nonfarm payrolls in October, consistent with a notable decline in continuing jobless claims even after accounting for a shift from regular state programs to federal unemployment programs,” the Citi economists noted. “The unemployment rate should fall further to 7.6% even with a potential modest increase in the participation rate.”

But Mark Zandi, chief economist at Moody’s Analytics, expects just 250,000 nonfarm payrolls were added in October. He said he expects there were 425,000 private sector jobs created, but another 175,000 payrolls were lost from the census and also state and local government jobs.

“I think we’re close to stalling out. The odds of stalling out are pretty high, given the intensifying pandemic going into the Christmas buying season, and without fiscal support,” he said. “It will result in a weak number for retail employment.”

Diane Swonk, chief economist at Grant Thornton, expects to see 325,000 nonfarm payrolls. She said the weaker growth has to do with an increase in layoffs, from airlines and other industries. She also anticipates less holiday hiring by retailers and other businesses, which could impact November’s employment picture.

“I do expect to continue to see gains in professional services, healthcare, manufacturing, and some hiring by retailers,” she said. “Food service will still have gains, but not as strong.”

She said employers hired interns this summer, but there was not the normal transition from internships to actual hires that traditionally happens during the fall.

November is usually the time when hiring ramps up for the holiday season. Retailers will not need as many workers as they normally do. There will be less travel, and the food service industry will not need to hire nearly as much for year end and holiday parties.