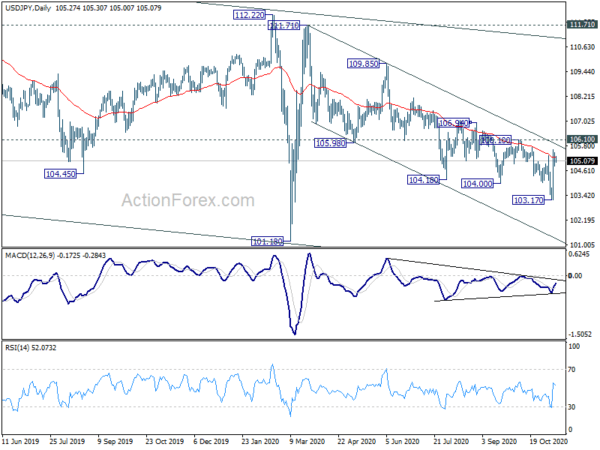 New Zealand Dollar surges broadly today as markets see that RBNZ has less need to cut into negative next year. Kiwi’s strength is somewhat taking Aussie higher too. On the other hand, Sterling is paring some of yesterday’s strong gain while Dollar is following as second weakest for now. Market activity could be subdued for the rest of the day with France, Canada and US on holiday. Though, volatility is still anticipated later in the week with a busy calendar for Thursday and Friday.

Technically, USD/JPY will be an important one to watch for the rest of the week. 10 year yield’s close at 0.972 overnight, close to day high at 0.973, is a sign of resilience. Further rise in 10-year yield could help push USD/JPY through 106.10 resistance, solidifying the case of near term bullish reversal. That could help limit Dollar’s downside momentum elsewhere, if selloff resumes. 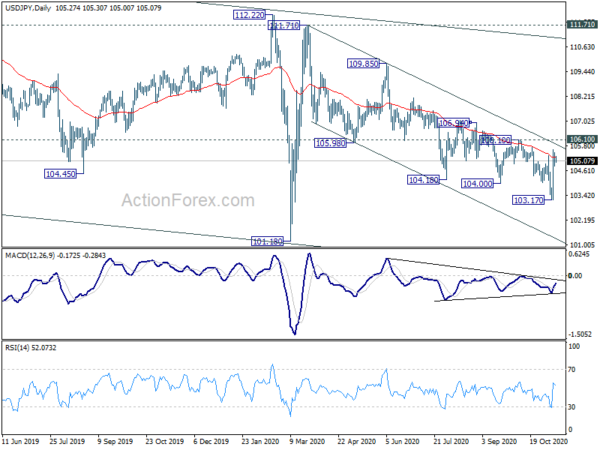 RBNZ decided to keep the Official Cash Rate unchanged at 0.25% today while the Large Scale Asset Purchase Programme will continue, up to NZD 100B. The central bank introduced additional stimulus through a Funding for Lending Programme, commencing December, to lower banks’ funding costs and lower interest rates.

RBNZ also “reaffirmed that an FLP, a lower or negative OCR, purchases of foreign assets, and interest rate swaps remain under consideration.” The banking system is also “on track to be operationally ready for negative interest rates by year end.”.

NZD/USD surges after RBNZ, targeting 0.7131 next

NZD jumps even though RBNZ maintained a dovish tone. Some analysts noted that the FLP could be enough to stimulate the economy as recovery remains on track. Additionally, if a vaccine becomes available early next year, RBNZ might not need to cut rates into negative territory. An RBA style cut to 0.10% might be enough for RBNZ in February. 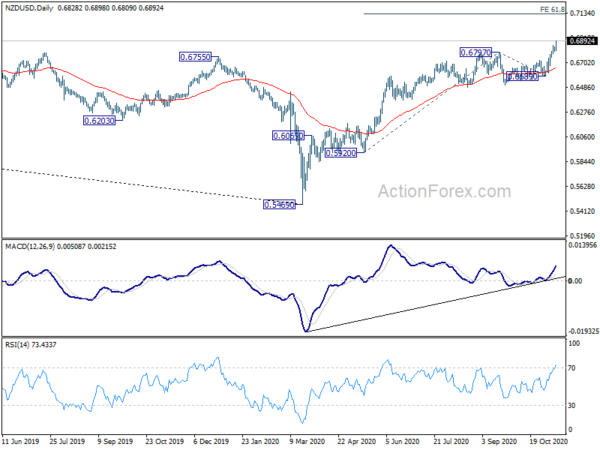 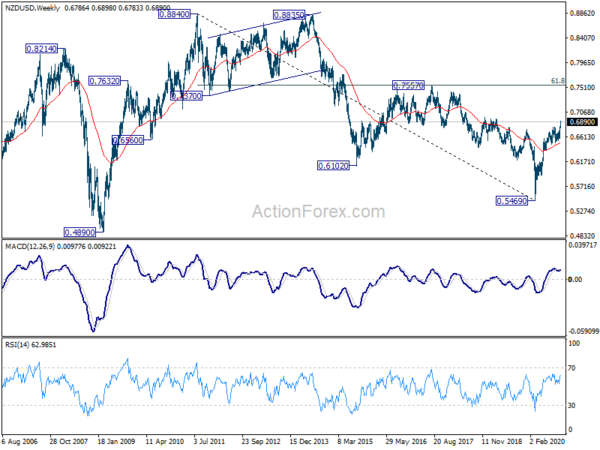 Australia Westpac Consumer Sentiment rose 2.5% to 107.7 in November, up from 105.0. The index is now 35.3% above it’s level in August, and 13% above the six-month average prior to the pandemic in March. Further, it’s a seven year high, strongest reading since November 2013.

Westpac said the main message from this survey is the encouraging optimism which is building around the outlook for the housing market. The boost from record low interest rates is clearly over-riding negatives around high unemployment; the overhang of deferred loans; the prospect of withdrawal of significant fiscal support; slow population growth; and rising vacancy rates.

San Francisco Fed President Mary Daly said yesterday that her “modal outlook” is the US economy will continue to expand at a “gradual pace”. The current resurgence in infections gave her “cause for concern”, but the recent vaccine news is “heartening”. “When the virus is behind us, I feel we have the economy in a good position to go,” she said.

Kansas City Fed President Esther George said the “calibration” of monetary policy right now is “appropriate”. Those, she’s encouraged and surprised by the strength of bounceback in the economy in Q3. He expected growth to moderate though.

AUD/USD recovers mildly today but stays below 0.7339 temporary top. Intraday bias remains neutral first. Further rise is still mildly in favor as long as 0.7221 support holds. Break of 0.7339 will target 0.7413 high first. Firm break there will resume larger rally from 0.5506. On the downside, however, break of 0.7221 will turn bias back to the downside to extend the consolidation pattern from 0.7413. 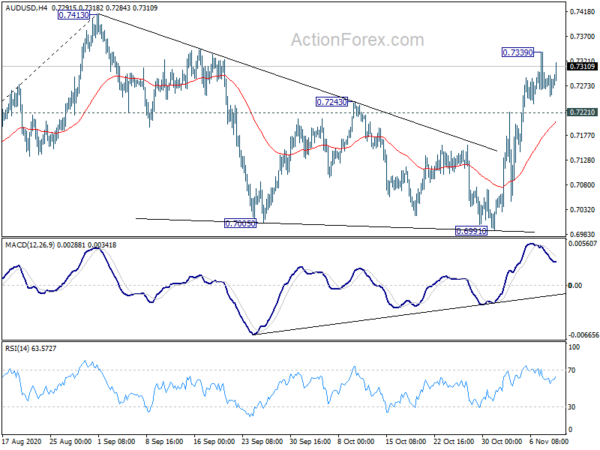 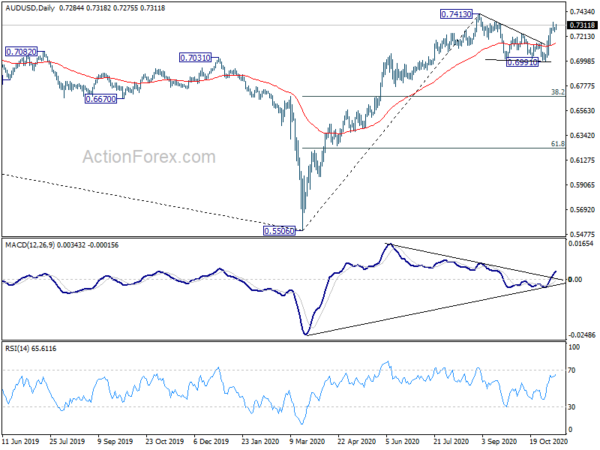