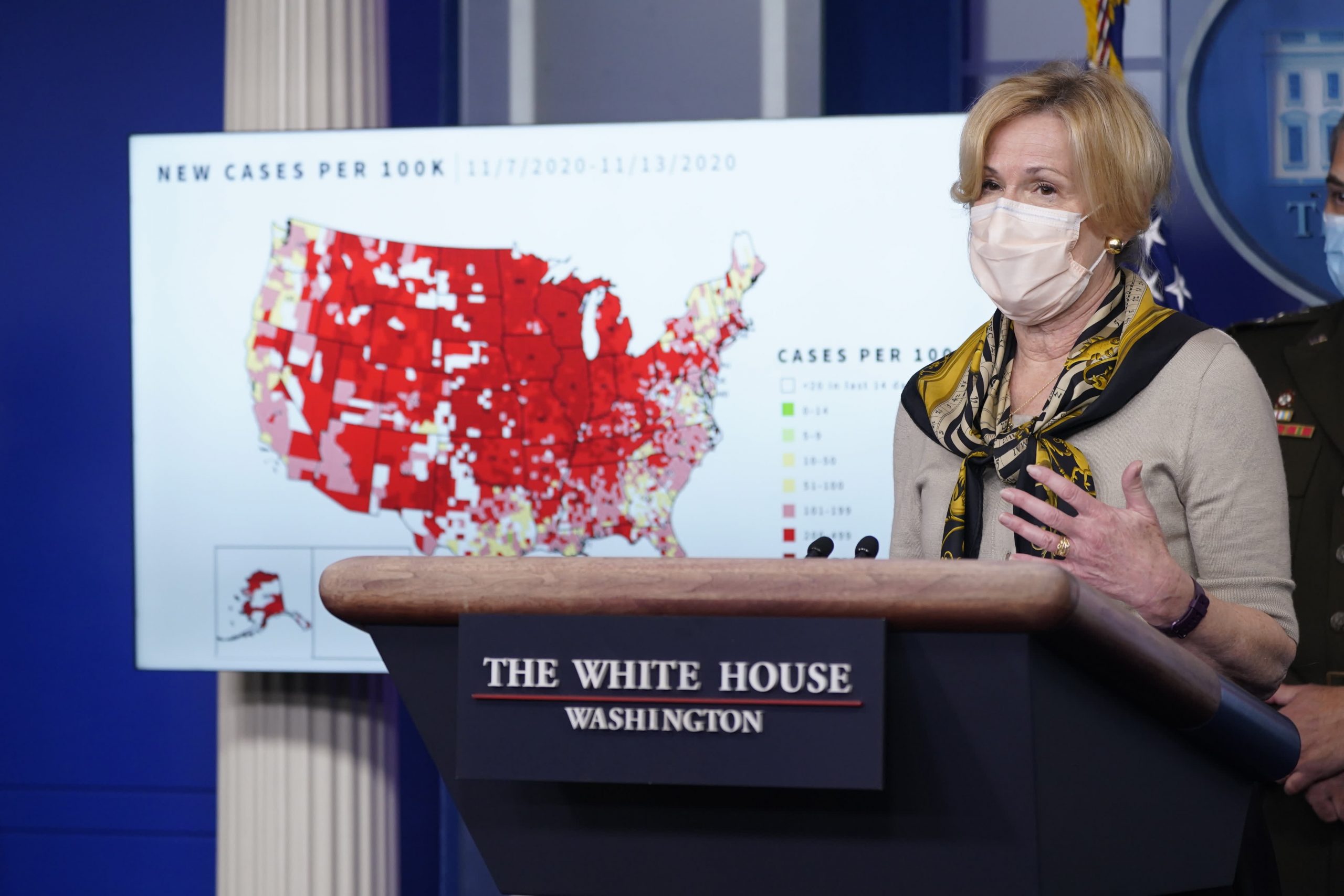 Volunteers from women’s organization Nuevo Amanecer Mujer Integral help with the distribution of frozen turkeys and food boxes ahead of Thanksgiving to families affected by the Covid-19 pandemic on November 18, 2020 in Los Angeles, California.

JPMorgan economists now see an economic contraction in the first quarter due to the spreading coronavirus and related restrictions being imposed by states and cities.

The new forecast is a departure from Wall Street’s widely held view that the first quarter would be positive, with an improving economy throughout 2021.

The JPMorgan economists said they expect the economy to expand briskly in the second and third quarter, based on positive vaccine developments.

“This winter will be grim, and we believe the economy will contract again in 1Q,” the economists wrote.

They projected that the first quarter will contract by 1% after growth of 2.8% in the fourth quarter. For the second quarter, they see the economy rallying and growth of 4.5% followed by a robust 6.5% in the third quarter.

The economists also expect about $1 trillion of fiscal stimulus, likely beginning near the end of the first quarter. That should help boost midyear growth.

“One thing that is unlikely to change between 2020 and 2021 is that the virus will continue to dominate the economic outlook. … Case counts in the latest wave are easily surpassing the March and July waves,” the economists wrote.

They noted that the economy was helped through the July outbreak by the economic reopenings. “The economy no longer has that tailwind; instead it now faces the headwind of increasing restrictions on activity. The holiday season — from Thanksgiving through New Year’s — threatens a further increase in cases,” they added.

The economists also expect to see monthly declines in employment at different points over the next few months, but monthly job gains should be back in the millions around the middle of the year and then moderate again late in 2021.

“We think the trends in the labor market should roughly follow what we expect for consumer spending — job growth should weaken noticeably around the turn of the year as the virus weighs on the economy, and then pick up again early next year once vaccine distribution eases virus concerns and fiscal support boosts growth,” they wrote.