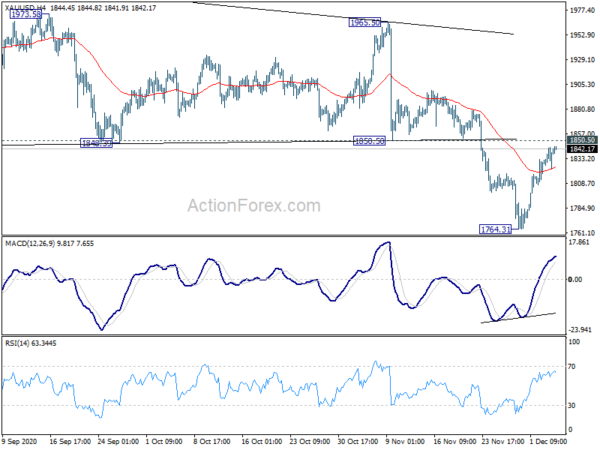 Canadian Dollar is trading generally higher in Asian session, with support from upside break out in oil prices. But Aussie and Kiwi are soft. Dollar is taking a breather in Asian session after yesterday’s selloff, as focus turns to non-farm payrolls report. For the week, Dollar and Yen remain the worst performing ones. European majors are the strongest as led by Swiss Franc. 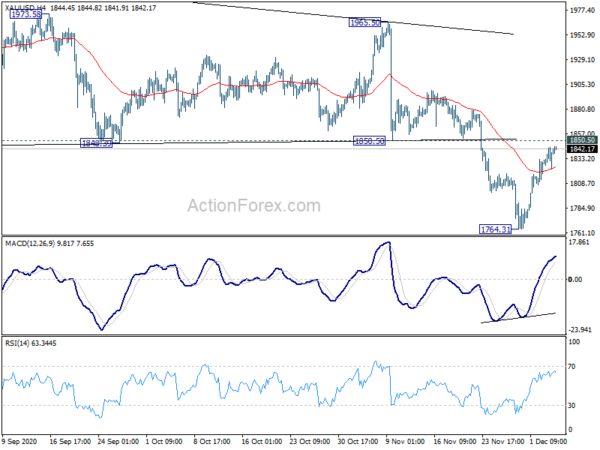 OPEC and Russia agreed to ease their oil output cut by 500k barrels per day starting January. That is, OPEC_ will cut production by only -7.2m bpd, or -7% of global demand, comparing to current cuts of -7.7m bpd. Additionally, the group will meet every month to review the output policies beyond January, with monthly increases in production not exceeding 500k bpd.

WTI crude oil broke out of near term range on the news and hit as high as 46.43 so far. Near term outlook will now remain bullish as long as 43.78 support holds. 50 psychological level is the next hurdle. Reaction from there would decide whether the rise from March’s spike low would develop into a sustainable long term up trend. 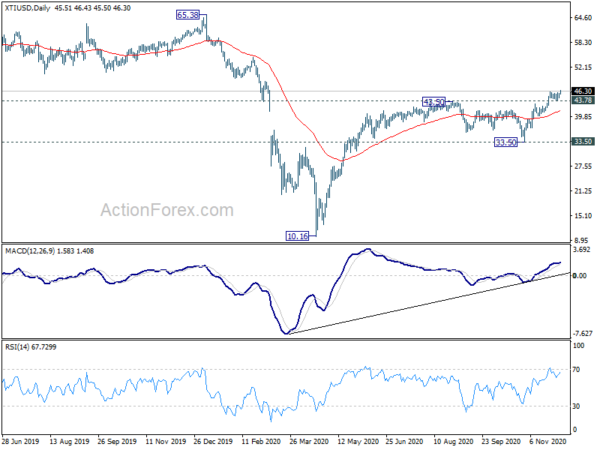 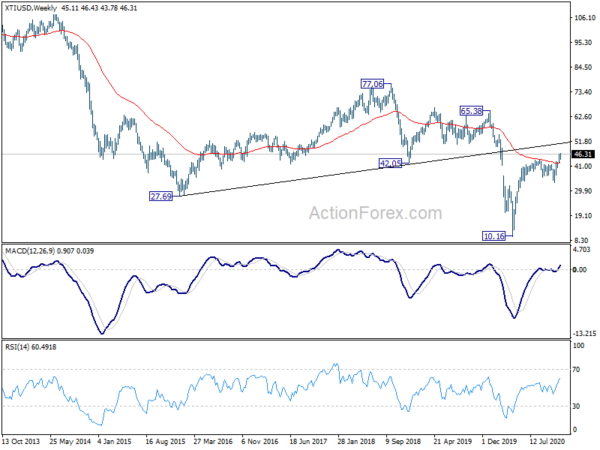 US non-farm payroll is a major focus for today. Markets are expecting 520k job growth in November. Unemployment rate is expected to edge down by 0.1% to 6.8%. Looking at related indicators, ISM manufacturing employment dropped back into contraction at 48.4. But ISM services employment improved from 50.1 to 51.5. ADP private employment grew only 307k, missed expectations. Four-week moving average of initial jobless claims dropped from 787k to 740k. Overall, the set of data pointed to continuous growth in US employment, but the momentum could disappoint.

Dollar index’s medium term down trend resumed this week and accelerated to as low as 90.51 so far. It’s now close to a key support level at around 90 psychological level. That coincides with 38.2% projection of 102.99 to 91.74 from 94.30 at 90.00. Decisive break there would prompt further downside acceleration to 61.8% projection at 87.34, and solidify medium term downside momentum.