Yen Calm ahead of Japanese GDP 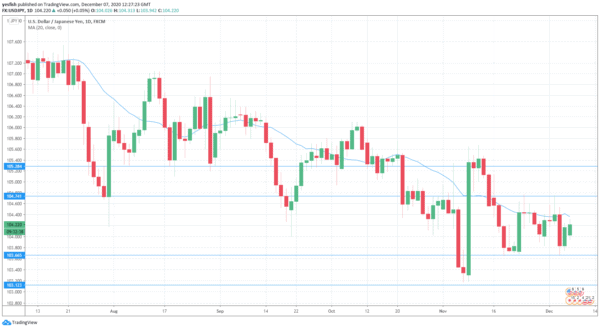 The Japanese yen is showing limited movement in the Monday session. Currently, USD/JPY is trading at 104.11, up 0.06% on the day. USD/JPY has been relatively quiet, as the pair remains close to the 104 level.

The Covid-19 pandemic made the second quarter of 2020 one to forget, as the major economies suffered a severe economic downturn. For some, the contraction in GDP was in the double-digits. We’ve seen a strong rebound in Q3 data, as economic activity resumed as Covid subsided and restrictions were eased. This pattern was the same for Japan’s economy, although the decline in Q2 was less severe, at -7.8 per cent. The initial release for GDP showed a rebound, with a gain of 5.0%, which beat the consensus estimate of 4.4%. Second-estimate GDP is expected to confirm this figure.

Japanese consumers have been reluctant to spend, and Household Spending hasn’t posted a gain in 12 months. However, the forecast for October stands at 2.5%, which would point to stronger domestic activity. Other releases later on Monday are expected to point upwards. Current Account is projected to rise to JPY 1.83 trillion, while Core Machinery Orders is forecast to climb 2.8%, after a decline of 4.4%.

On the global front, there was an important development, as Japan’s parliament ratified a free-trade deal with the UK on Friday. The agreement is expected to provide a boost to Japanese exporters, especially auto companies and railcar makers. The deal takes effect on January 1st. Japan already has a free-trade agreement with the EU, and if the UK and the EU reach a deal on Brexit, as expected, Japanese manufacturers in the UK would ensure unrestricted access to the continent. 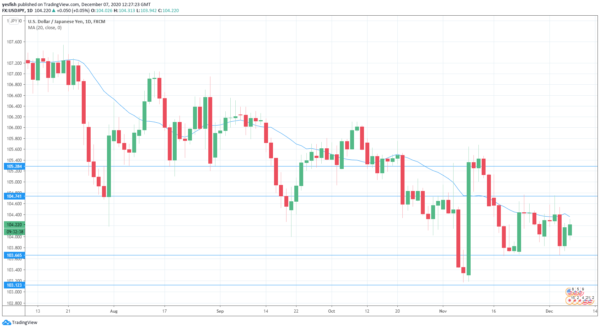