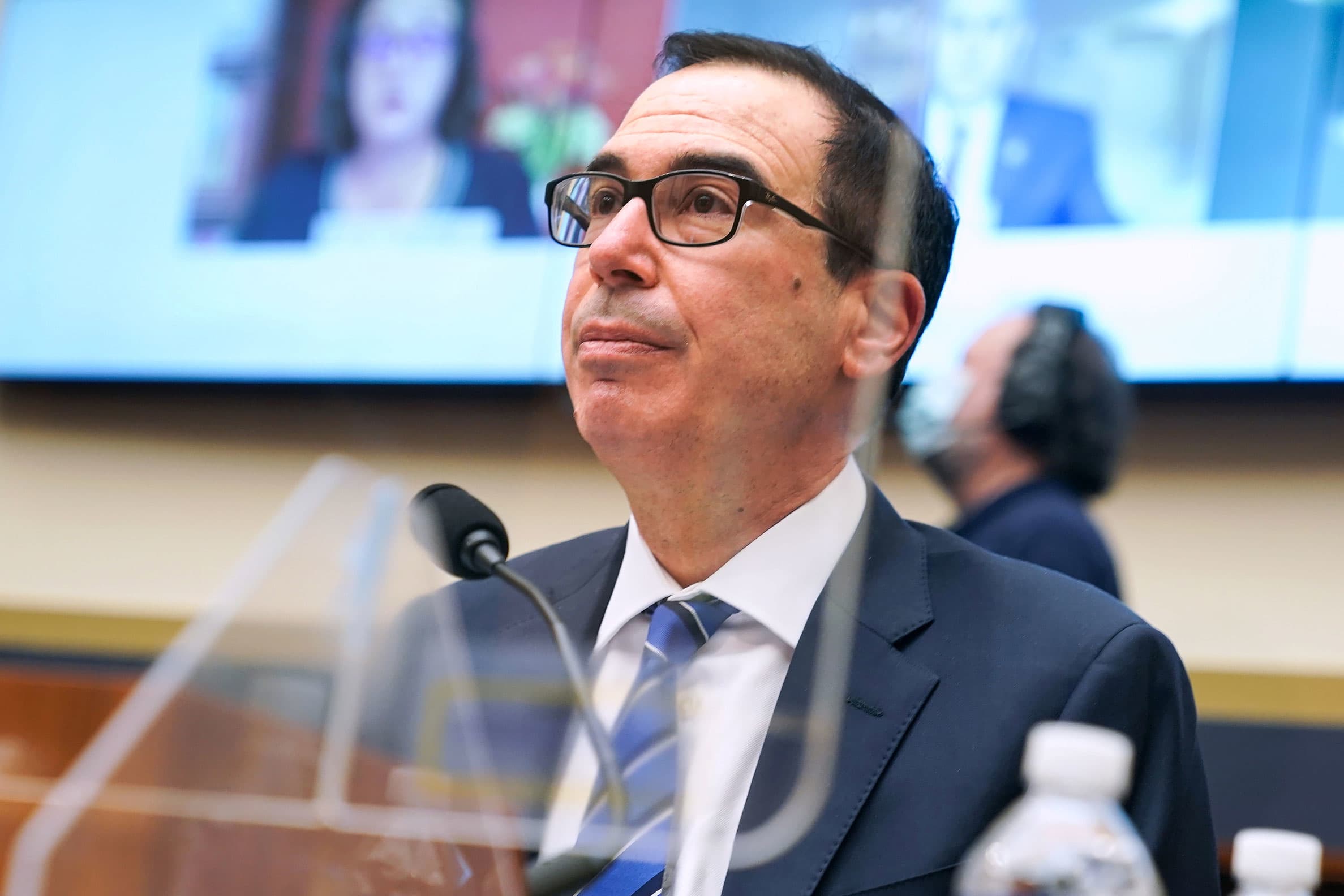 Treasury Secretary Steven Mnuchin listens to a question during a House Financial Services Committee hearing on “Oversight of the Treasury Department’s and Federal Reserve’s Pandemic Response” in the Rayburn House Office Building in Washington, December 2, 2020.

Treasury Secretary Steven Mnuchin’s decision not to extend funding for the Federal Reserve’s Main Street Lending Facility after Dec. 31 already looks to be cutting into lending, according to bankers involved with the program.

CNBC has learned that some would-be borrowers have been told that there isn’t enough time to close their loans, leaving them short of vital funds amid a resurgent pandemic.

One borrower, who asked not to be named because he did not want his customers or competitors to know his company needed a government loan, said his banker told him his application could not be processed because time had run out.

“It’s a huge impact on our ability to remain liquid and finance our business,” the borrower said. “It was a needed lifeline for a professional service firm like ours.”

The only option now are loans with double-digit interest rates, if the borrower can find a lender.

Mnuchin announced on Nov. 19 that he will not extend the deadline for a series of emergency Fed programs that were funded by the CARES Act, including the Main Street facility. He said he believed Congress intended for the funds not to be used after Dec. 31. The Fed had wanted the programs to remain open.

As a result of Mnuchin’s decision, the Fed announced in late November it would not accept new applications after Dec. 14. But bankers say it takes about a month to underwrite the loans, and from several days to a couple of weeks to get Fed approval. So Mnuchin’s decision effectively ended the program right there and then for some banks and borrowers.

A senior Treasury official replied in a statement on Monday to CNBC: “There are many banks, including big banks, that are continuing to lend and to submit applications through December 14th, and they expect that their loans will be completely funded by the time the program ends on December 31.”

Joel Werkema, a spokesperson for the Boston Fed, which runs the Main Street program, responded: “At the Fed, we will do absolutely everything we can to address volume within the operational deadlines necessary to meet the end-of-year-close requirement.”

The decision to end the program came just three weeks after The Fed and the Treasury had dramatically opened up the program to more businesses, allowing companies that had previously received a loan from the Payroll Protection Program to apply and lowering the minimum loan size to $100,000. Bankers say interest had been picking up in the troubled program.

“We’ve been averaging about four or five calls a day from good companies, but we’ve had to turn them away,” said Dan Yates, CEO of Endeavor Bank in Carlsbad, California, which had completed 20 Main Street loans. “The program for them is really a life preserver to get to them to the other side of the economic shutdown.”

“Interest has been off the charts. We were not able to handle it,” said John Steinmetz, chief executive officer of the the privately owned Vista Bank in Dallas. It had approved 42 Main Street loans worth $463