Sterling was in free fall last week after both UK and EU admitted that a no-deal Brexit is more likely than not. Negotiation deadline was ended to end of Sunday. Euro and Dollar, followed as the next weakest and focus turned to rally in commodity currencies. In particular, Australian Dollar was pulled up by surging iron ore prices on supply disruption. Canadian Dollar was also strong as oil prices resumed rally. But New Zealand Dollar and Swiss Franc were even stronger.

For the near term, reactions to Brexit talks will be the biggest focuses in the early part of the coming week. In particular, movements in European-Sterling crosses would be watched closely. As for the rest of the month, the next move in stock markets, another up leg or a correction, would decide how Dollar flares before year-end.

At the time of writing, Brexit trade negotiations are still carrying on. Both UK and EU admitted that a no-deal Brexit is the more likely scenario. But who knows if there would be anything dramatic out of Sunday’s deadline. We’d pay special attention to European-Pound crosses on Monday to gauge market reactions.

As for GBP/CHF, in case of a positive surprise, decisive break of 1.2203 resistance is needed to confirm that Sterling bulls are back. Otherwise, the upside moves are viewed as knee-jerk reactions only, and the Pound would be just back to “normal”. 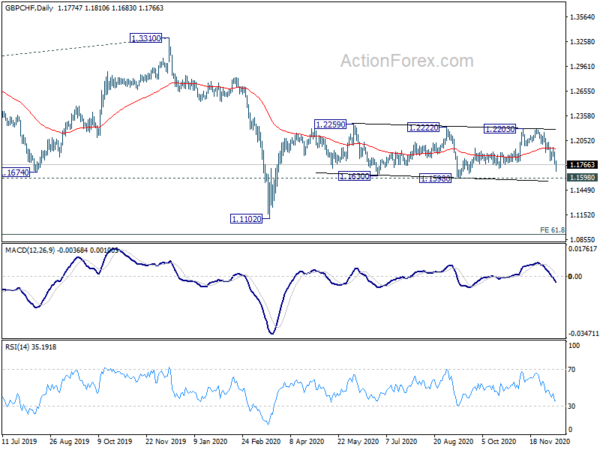 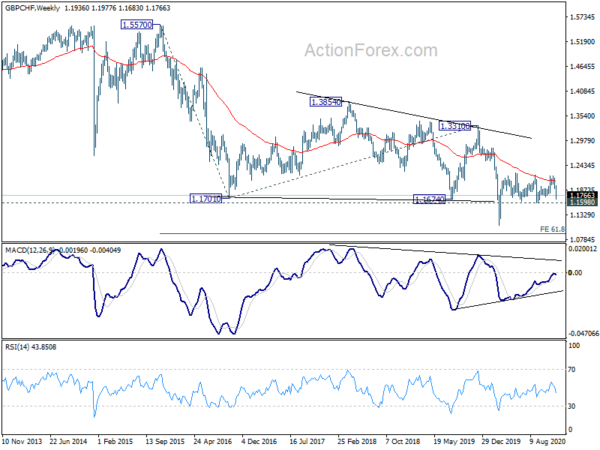 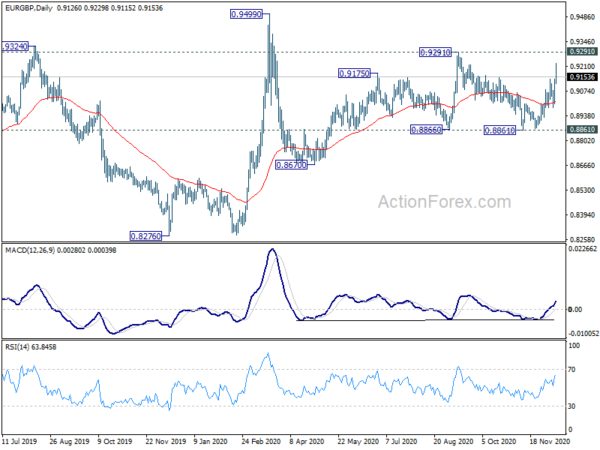