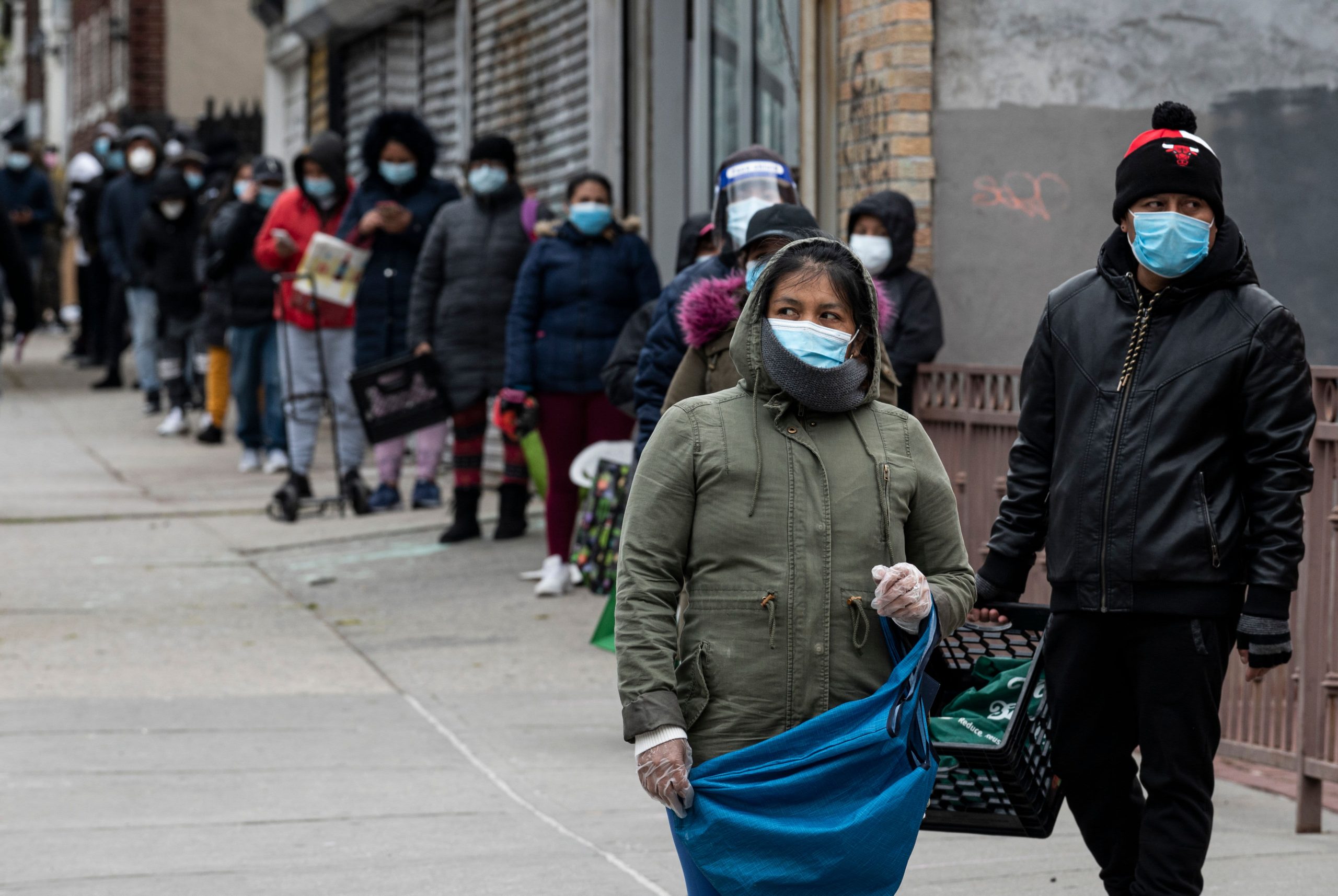 Randy Chase, 57, does masonry work on construction crews. With unemployment benefits stalled since April and no savings left, he’s been living in his pickup truck outside of Denver since September, using an electric heater to keep warm.

Randy Chase has lived in his pickup truck for months.

Luckily, the tiny cab of his 1996 Nissan is easy to heat and that’s a life saver in the sub-freezing winter chill outside of Denver.

So, armed with a gas-powered generator and a small electric heater, the 57-year-old makes do.

Chase has suffered misfortune after misfortune since the spring: Unemployment benefits have been stuck in limbo. Work opportunities have been sporadic. Now, the cold makes it hard to find jobs in his trade, as a mason on construction crews. His savings depleted and his truck partially wrecked by a hit-and-run driver, Chase can’t move somewhere where jobs are more plentiful.

“Having to stand on a freeway off ramp with a sign that says you’re hungry — it’s a new experience for me,” Chase said.

People in need line up at a food distribution center in the Corona neighborhood of Queens in New York.

It has been nine months since the coronavirus pandemic began its assault on American livelihoods. Since then, financial desperation has steadily grown for jobless Americans across the country.

Almost 8 million people have fallen into poverty since the summer. Savings for many, especially the lowest earners, are either dwindling or gone. Millions of households owe thousands in back rent and utilities — and face a renewed threat of eviction in the new year. A growing share of unemployed individuals say their households don’t have enough to eat.

Congress seems close to finalizing a $900 billion Covid relief bill that, as of writing, appears to include extra unemployment benefits, stimulus checks and small-business and rental assistance.

“I hope people in Congress understand the pain and the desperation people are having,” said Bill McCamley, cabinet secretary for the New Mexico Department of Workforce Solutions, which administers the state’s jobless benefits.

“I get e-mails every day, constantly talking about people facing eviction, losing their cars, worried about feeding their kids,” he said.

Adonijah Niles, 26, a single mom with three kids, lost her part-time clerical job in March. Unable to pay all her bills, Niles is behind $5,400 in rent. Her landlord issued an eviction notice this week ordering the family to leave in two weeks.

Adonijah Niles, a single mom, lost her job in mid-March. She had been making about $13 an hour doing part-time clerical work for a hospitality shuttle service.

Now, Niles, 26, is six months behind on rent. She and her three young kids may soon be forced out of their apartment in Watervliet, New York.

Her current income — about $380 a week in pre-tax jobless benefits and $500 in monthly food stamps — isn’t enough to cover the family’s basic living costs. It falls well short of the federal poverty line for a family of four.

On Friday, Niles received an eviction notice. The letter, dated Dec. 16, ordered her to pay arrears — $5,400 — in full within 14 days or vacate the apartment. Otherwise, the landlord, TCIM Properties LLC, will initiate legal action to evict and recover damages, according to the document.

Niles received a similar notice in August, records show. She was protected by a temporary eviction moratorium, but that expires after December.

This is the first time I’ve needed to use unemployment in my entire work history, and the one time I did it just ruined my life. It should be criminal what they are doing to me.