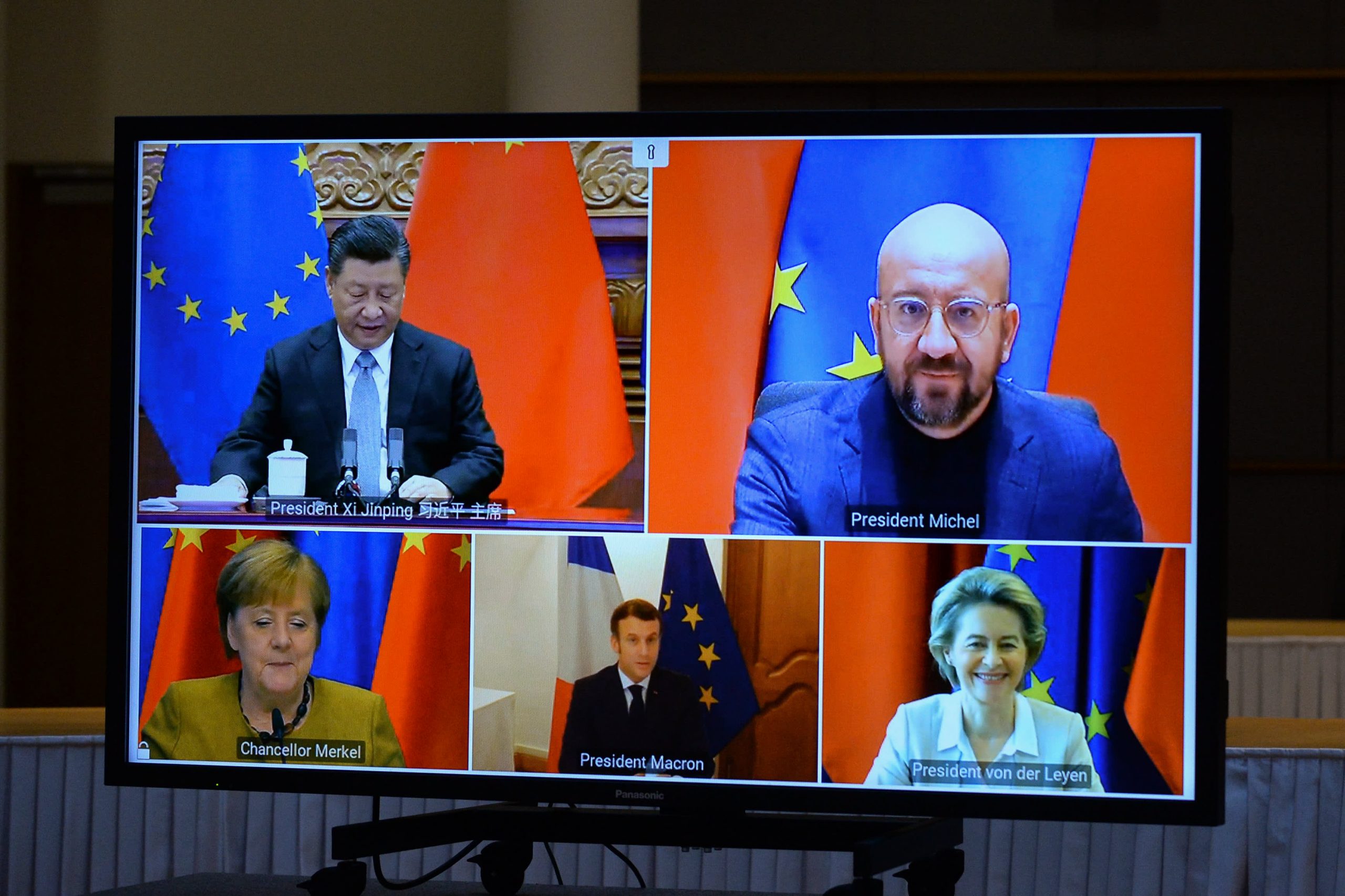 BEIJING —  China wrapped negotiations with the European Union on an important investment deal and talked up hopes for more, less than a month before U.S. President-elect Joe Biden is set to take office.

China and the European Commission announced Wednesday that the two sides finished talks around a “Comprehensive Agreement on Investment” that gives each region’s businesses more access to the other’s market.

Both sides rushed to get a deal done — Biden is widely expected to marshal the support of traditional American allies to put pressure on China after he takes office, in contrast to the Trump administration. On the European side, there was a desire to finish an agreement before the end of Angela Merkel’s term as German chancellor in 2021, according to a source with the European Union Chamber of Commerce in China.

Negotiations had stalled this year, prior to the U.S. presidential election.

The crucial point at the moment is how the EU and the US work better together to manage relations with China, and I think there’s a real prospect for that with a Biden administration.

president and CEO of the Atlantic Council

The EC said China agreed to prohibit “distortive practices” including forced technology transfers — the practice of making companies hand over proprietary tech in exchange for access to the Chinese market.

“China has committed to an unprecedented level of market access for EU investors, giving European businesses certainty and predictability for their operations,” the European Council said in a release.

“The Agreement will also significantly improve the level playing field for EU investors by laying down clear obligations on Chinese state-owned enterprises, prohibiting forced technology transfers and other distortive practices, and enhancing transparency of subsidies,” the statement said.