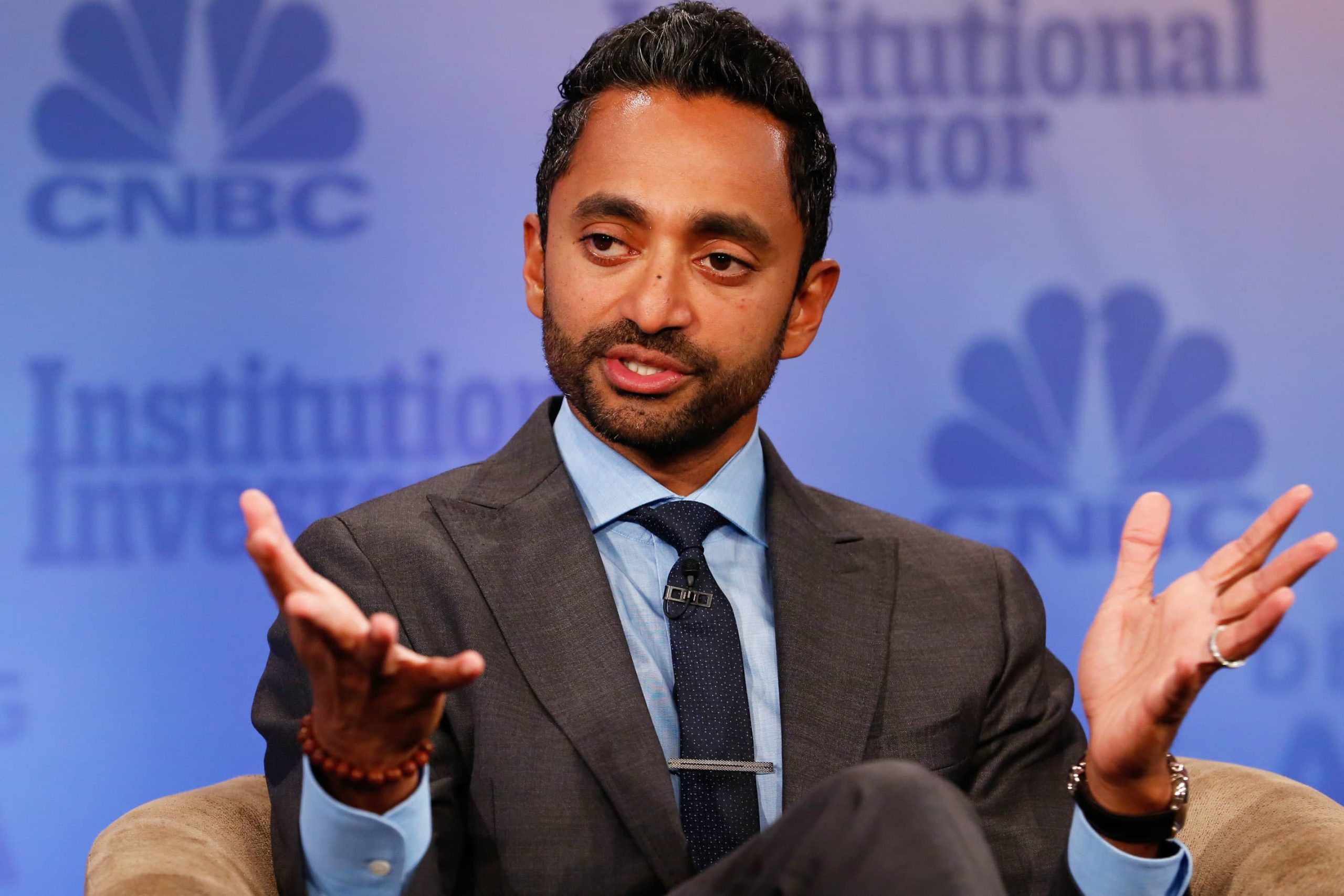 Chamath Palihapitiya speaking at the 2017 Delivering Alpha conference in New York on Sept. 12, 2017.

Consumers have been sitting at home for months and months, and without typical things to spend money on, assets in bank accounts are growing. And that is a positive sign for stocks, according to Social Capital CEO Chamath Palihapitiya.

He said the combination of both consumers’ savings and cash in money markets jumping to an all-time high will act as “rocket fuel” for assets.

“Whether those are housing markets, or whether those are capital purchases like cars or vacations, or stocks in this case — if we’re still under a lockdown, these things are just going to go to the moon for awhile,” he said Thursday on CNBC’s “Halftime Report.”

“You just have to be long. Everybody who’s trying to understand why you shouldn’t be long is, I think, going to regret it for at least the next 18 to 24 months.”

His comments came as the major averages soared to new all-time highs on Thursday, after also advancing on Wednesday, despite the turmoil in Washington. Investors are hoping that a Democratic-controlled Congress will lead to more stimulus payments for consumers.

Palihapitiya said that with stocks at record highs, investors shouldn’t just dump the names that have worked. His comments were specifically related to his position in Tesla.

Despite the stock’s 750% gain over the last year, Palihapitiya said he believes shares can double or even triple.

“I don’t understand why people are so focused on selling things that work,” he said. “When things are working, you’re paid to stay with people that know what they’re doing. This is a guy [Elon Musk] who has consistently been one of the most important entrepreneurs in the world. And so why bet against him,” he said.

Palihapitiya also weighed in on the record run in bitcoin as the cryptocurrency topped $40,000 for the first time on Thursday.

On Thursday, online finance start-up SoFi announced that it will go public by merging with a blank-check company run by Palihapitiya.