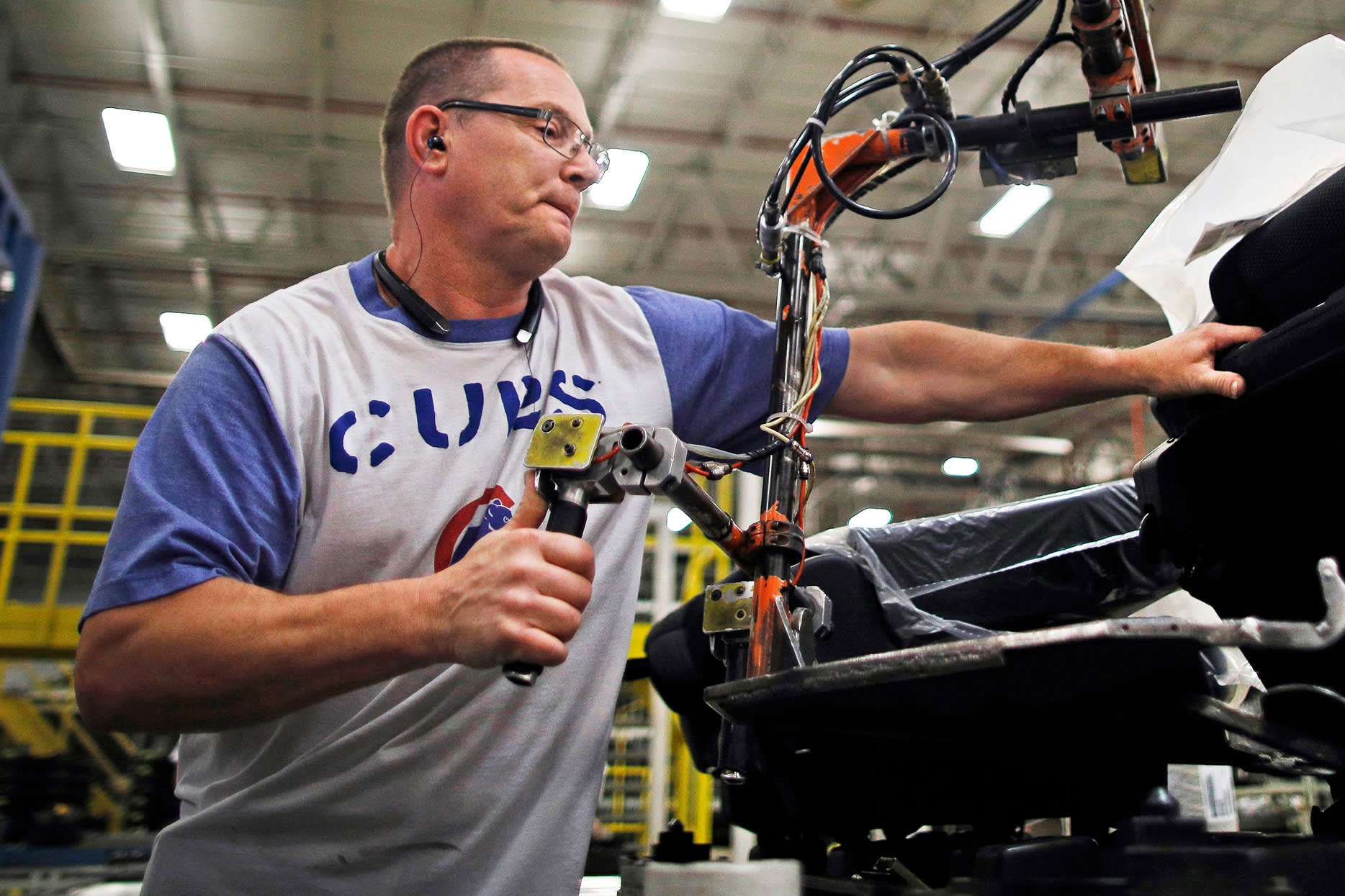 A worker uses a hoist to assemble a car seat at the Lear Corp. manufacturing facility in Hammond, Indiana.

U.S. economic growth will recover “rapidly” and the labor market will return to full strength quicker than expected thanks to the vaccine rollout and a barrage of legislation enacted in 2020, according to a government forecast published Monday.

Importantly, the CBO said its rosier projections do not assume any new stimulus, including President Joe Biden’s $1.9 trillion plan.

Here’s what the CBO sees for the U.S. economy:

These projections are a stronger outlook than the budget office’s prior forecast from summer 2020, when the CBO said it expected the coronavirus to sap about $7.9 trillion of economic activity over the next decade-plus.

The CBO said it upgraded its estimates “because the downturn was not as severe as expected and because the first stage of the recovery took place sooner and was stronger than expected.” CBO staff added that businesses proved more able to adapt to government-imposed restrictions, but that certain industries — such as hospitality and food services — are still struggling.

Regardless, the rapid expansion the CBO projects for the next five years is expected to moderate in the five years thereafter amid an uptick in prices and a more normal level of long-term consumer spending.

Between 2026 and 2031, the CBO foresees real GDP growth of about 1.6% annually and the Fed allowing inflation to run above its 2% target.

The office also issued some analysis of the recent, $900 billion stimulus package that Congress passed in December. CBO estimates that the pandemic-related provisions in that legislation will add $774 billion to the deficit in fiscal year 2021 and $98 billion in 2022.

The CBO’s outlook comes at a precarious time for the U.S. economy as the coronavirus prompts many states to impose business closures and other social-distancing measures to help slow the spread of the disease.

Economists say the economy suffered a brief but sharp recession in 2020 as the unemployment rate spiked to 14.8% in April and growth contracted 31.4% in the second quarter. Covid-19 has killed more than 440,000 Americans, according to data compiled by Johns Hopkins University.

While the economy has come a long way since then, both Treasury Secretary Janet Yellen and Fed Chairman Jerome Powell have in recent months warned that Congress may need to pass additional stimulus to support households and business until the Covid-19 vaccine is more widely available.

Biden has for months lobbied for another round of stimulus in addition to the $2.2 trillion CARES Act that Congress passed last March and the $900 billion package passed in December.

Earlier this month, the new administration floated a $1.9 trillion plan that includes $1,400 direct payments, a per-week federal unemployment benefit of $400 through September and an increase to the federal minimum wage to $15 per hour.

Moderate Republicans in the Senate, as well as conservative Democrat Sen. Joe Manchin of West Virginia, have balked at the lofty price tag of Biden’s plan. Ten Republican senators on Sunday floated to the administration a $600 billion counteroffer.