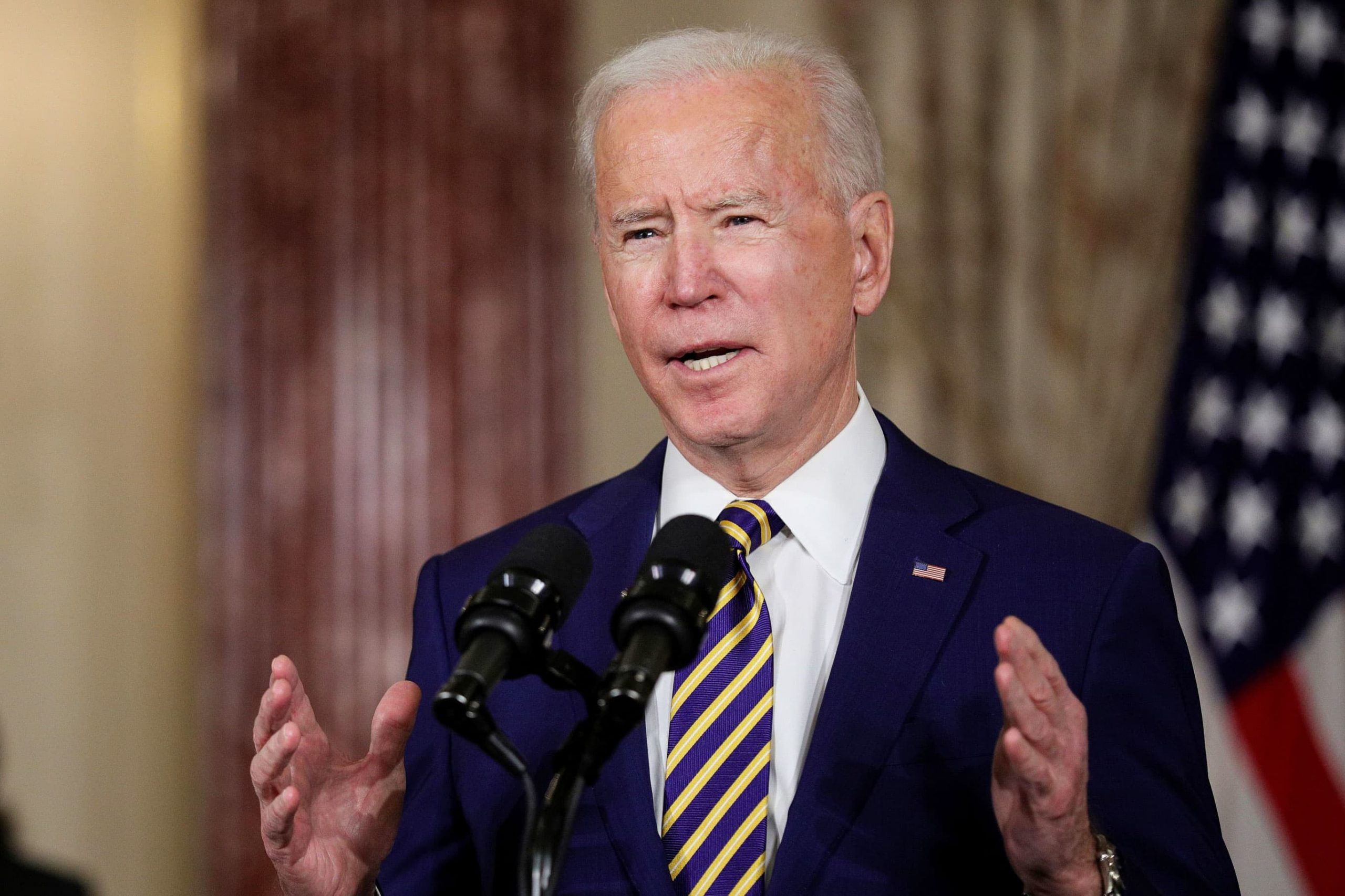 President Joe Biden speaks delivers a foreign policy address during a visit to the State Department in Washington, February 4, 2021.

President Joe Biden said this weekend that it is unlikely a $15 federal minimum wage provision makes it into the next Covid-19 relief package, hitting pause on a key campaign promise as Democrats in Congress press ahead to pass $1.9 trillion in stimulus without Republican support.

Biden said his administration would push for a stand-alone bill to raise the minimum wage.

“I put it in but I don’t think its going to survive,” Biden told CBS’ Norah O’Donnell in an interview scheduled to air in full on Sunday. “My guess is it will not be in [the stimulus bill].”

Democrats in Congress have moved to pass the $1.9 trillion stimulus package without Republican support in the Senate using a parliamentary procedure known as reconciliation. House Speaker Nancy Pelosi, D-Calif., said Friday that the lower chamber aims to pass the fiscal relief package within two weeks.

The bill is also likely to include $170 billion for K-12 schools and higher educations institutions and $30 billion for rent and utility assistance.

Republicans oppose including a wage hike in the Covid-19 relief package warning it could put added strain on businesses already grappling with the economic fallout of the pandemic. And West Virginia Democrat Sen. Joe Manchin also opposes the pay increase, meaning Democrats wouldn’t have the votes to pass it even with a simple majority under reconciliation.

While Biden said the $15 per hour wage provision would be unlikely to make it in the Covid relief bill, he promised to prioritize passing the wage hike in separate legislation.

“I’m prepared as the president of the United States on a separate negotiation on minimum wage to work my way up from what it is now,” Biden said. “No one should work 40 hours a week and live before the poverty wage and you’re making less than $15 an hour, you’re living below the poverty wage.”