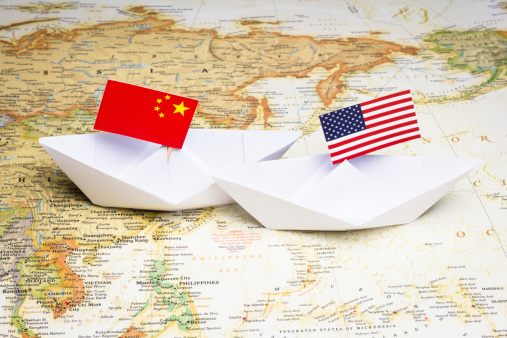 Macro: US core CPI inflation surprised to the downside yesterday rising 1.4% y/y in January versus consensus expectations of 1.5% y/y and down from 1.6% y/y in December.

Equities: Equities moving sideways yesterday in lack of news drivers. No clear spilt on styles or factors but energy stocks outperformed as oil rose for the eighth-straight session. In US Dow +0.2%, S&P 500 -0.03%, Nasdaq -0.3%), Russell 2000 -0.7%. VIX has stabilized around the 21 level. Smaller moves in Asia this morning with several markets offline for public holidays, including Japan, South Korea and mainland China. US and European futures fluctuating around yesterday’s close.

Vaccine: After scrutinizing evidence from vaccine trials WHO yesterday backed the AstraZeneca vaccine stating it can be used for people over 65 in contrast with the strategy of some countries. The UN body also commented on a recent study showing the vaccine provided minimal protection against the South African variant and said the evidence was “inconclusive” and it was “plausible” the vaccine might still be efficient against severe cases. AstraZeneca and one of their production partners IDT Biologika, unveiled plans to speed up the process of production and help the EU ramp up vaccinations in Q2. They also plan to build a new facility that can increase future capacity.

US-China relations: US President Joe Biden and Chinese leader Xi Jinping had their first call yesterday where the two leaders exchanged frank views. According to a White House statement, Biden stressed “fundamental concerns about Beijing’s coercive and unfair practices, its crackdown in Hong Kong, reported human rights abuses in Xinjiang and increasingly assertive actions in the region, including towards Taiwan”. Xi on the other hand told Biden that confrontation would be a “disaster” and called for a resumption of dialogue, something Biden officials have previously called for as well. He kept a hard-line tone regarding Hong Kong, Xinjiang and Taiwan saying they were matters of “sovereignty and territorial integrity” that he hoped the US would approach cautiously. The talk underlined the strong differences between the two powers but also offered some hope that at least dialogue will increase under the Biden presidency.

FI: The lower than expected US core inflation data sent US Treasury yields lower and the US Treasury curve flattened from the long end. In the European fixed income market Bunds were more or less unchanged, while Italian government bonds continue to perform and the 10Y Italian-German yield spread is now close to 90bp. Swedish government bonds also performed well on the back of a more dovish statement from the Riksbank. See our review of the Riksbank meeting from February 10.

FX: Yesterday was a fairly uneventful session in majors space with most currency moves kept within +/- 0.3%. EUR/USD initially rose on the US CPI figures but were quick to erase gains ending the session roughly unchanged. SEK, NOK and GBP were also little changed.

Credit: The relatively subdued moves from the last few sessions continued yesterday where iTraxx Xover tightened to 243bp (-3bp) and Main to 47½bp (-½bp). In cash bond space, HY sold off slightly, widening around 2bp on average while IG was marked marginally tighter.