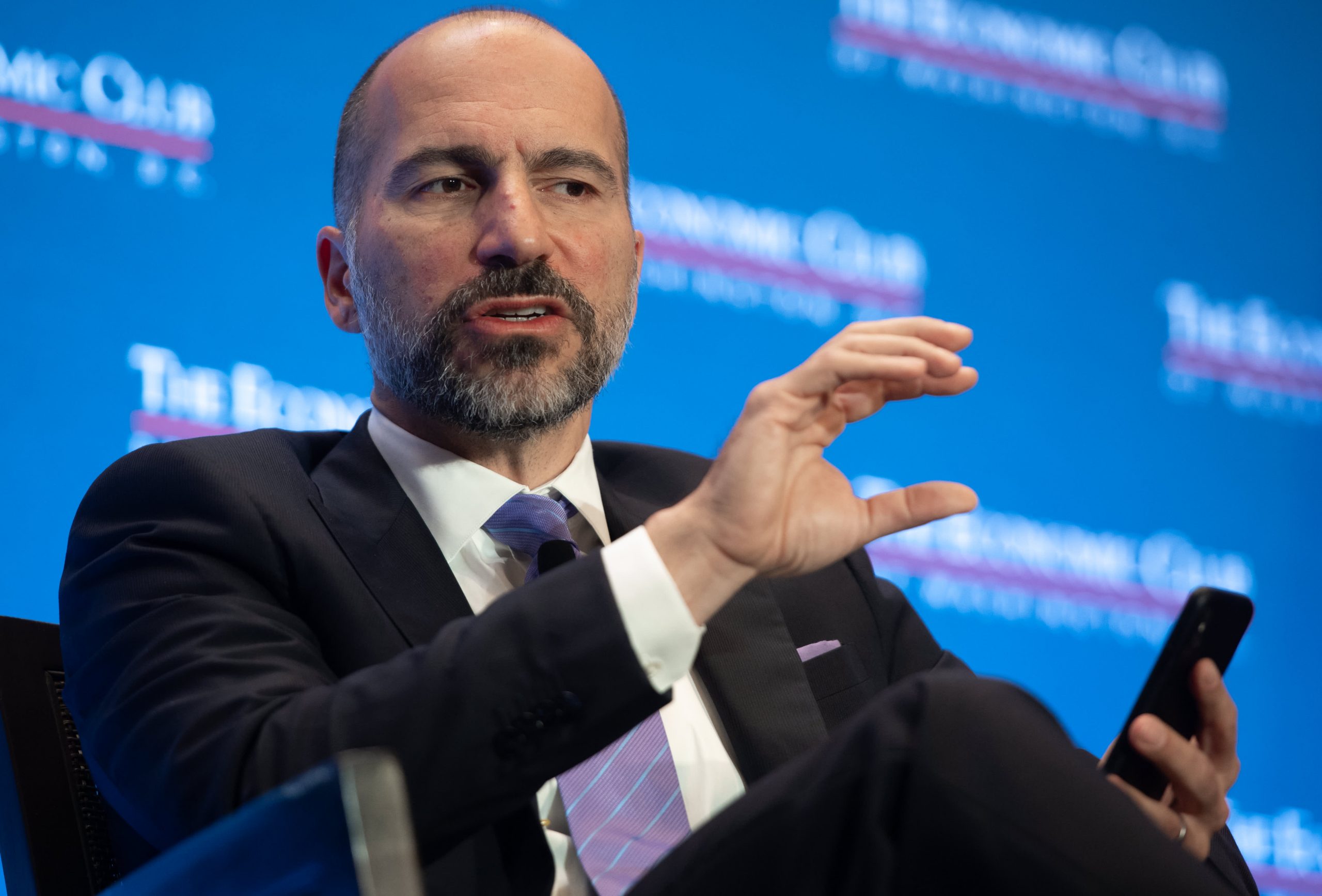 However, Khosrowshahi said Uber would consider accepting cryptocurrencies as payment.

The comments come after Tesla announced earlier this week that it bought $1.5 billion worth of bitcoin with some cash on its balance sheet and plans to begin accepting the digital coin as payment for its products. Tesla’s moves caught Wall Street’s attention and some wondered whether the electric-vehicle maker’s decision would be a tipping point for further crypto adoption.

In an interview on “Squawk Box,” Khosrowshahi was asked whether Uber had considered similar actions to Tesla. “It’s a conversation that’s happened that has been quickly dismissed,” he said. “We’re going to keep our cash safe. We’re not in the speculation business,” he stressed. “The upside in our company is in the business that we’ve built, not the investments that we invest in.”

As of Dec. 31, Uber reported it had $5.65 billion in cash and cash equivalents, along with $1.18 billion in short-term investments.

Khosrowshahi, who took over as Uber’s chief executive in 2017, left open the possibility that the ride-hailing and food-delivery provider would accept cryptocurrencies as payment.

“Just like we accept all kinds of local currency, we are going to look at cryptocurrency and/or bitcoin in terms of currency to transact,” he said. “That’s good for business. That’s good for our riders and our eaters. That we’ll certainly look at and if there’s a benefit there, if there’s a need there, we’ll do it. We’re just not going to do it as part of a promotion.”

On Wednesday, Mastercard announced intentions to open up its network to some cryptocurrencies, a move the credit card giant said will allow consumers and merchants “to transact in an entirely new form of payment.” Mastercard had already let customers do some transactions with cryptocurrencies, but they took place outside the company’s formal network.

The latest financial firm to put its weight behind crypto is BNY Mellon, which said Thursday it’s launching a digital assets division later this year. Shares of the oldest bank in America rose Thursday.

Proponents of companies buying bitcoin for their corporate cash argue that despite its day-to-day volatility, the digital coin has appreciated in value over the long term and will continue to do so. For that reason, supporters such as MicroStrategy CEO Michael Saylor feels it’s a more productive investment than keeping hordes of cash on the balance sheet.

Some skeptics worry about the volatility risks of bitcoin, which has enjoyed a massive run in recent months to trade above $48,000 per coin at all-time highs Thursday morning. A year ago, bitcoin traded below $11,000. While bitcoin has seen increased institutional adoption lately, some still believe there’s still too much uncertainty about its future.

Like Uber, PepsiCo CFO Hugh Johnston told CNBC on Thursday that the beverage giant has “had the conversation” about buying bitcoin with its cash. “The conclusion we came to pretty quickly was bitcoin is too speculative for the way we manage our cash portfolio,” Johnston said earlier on “Squawk Box,” shortly after the company reported better-than expected earnings and revenue. PepsiCo reported a fourth-quarter profit of $1.47 per share on revenue of $22.46 billion. Shares dropped Thursday.

As for Uber, its shares fell Thursday following the company’s mixed fourth-quarter earnings results. The stock advanced 6% during Wednesday’s session heading into the after-the-bell report. Uber said it lost 54 cents per share in the the fourth quarter, a slightly narrower than analyst expectations for a 56 cent loss. Revenue of $3.17 billion was below the $3.58 billion Wall Street had been looking for. The company’s overall loss for the quarter was $968 million, an improvement from the $1.1 billion loss in the same period last year.

Uber’s two largest businesses offerings — ride hailing and food delivery — have seen different fates during the coronavirus pandemic. The ride-hailing segment has suffered as people stayed home and traveled less. Conversely, Uber Eats has seen its usage soar as people ordered delivery instead of dining in at restaurants.