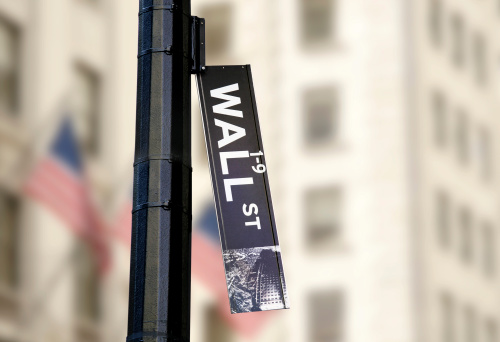 Stock markets have turned negative after quite a flat week that has been light on newsflow and economic events.

Holiday’s in parts of Asia and the upcoming bank holiday in the US on Monday may ensure markets remain quiet a little longer. Stocks had performed well prior to this week, buoyed by optimism around the ending of lockdowns and economic boom that will follow. A massive stimulus package making its way through Congress naturally supports these views.

Lockdowns have been tough for all but they are clearly working, along with the vaccine rollout which is seeing fantastic progress, which should enable some reopening of economies in the coming weeks. While case numbers and fatalities remain high, they’re falling rapidly which is extremely encouraging. Aggressive new variants may complicate the grand reopening but vaccines should ensure this is the final stretch.

Economies have been battered by lockdowns, few more so than the UK, which shrank by 9.9% last year, the sharpest contraction since the Great Frost of 1709. On a more positive note, GDP in the final quarter of 1% is encouraging and was double market expectations. This comes despite the lockdown light in November and included a decent festive rebound. Of course, that came at a price.

The lockdown in the first quarter was far more severe and the data will show that in the coming months. The country will avoid a double dip recession as a result of the encouraging performance in Q4 as businesses adapted well to the new environment. But it’s all up from here after a very impressive vaccine rollout which should enable a powerful recovery in the coming quarters.

Plenty of work is still needed to support those people and businesses most harmed by the pandemic, particularly in certain sectors like tourism and hospitality, and we’ll see just how committed the government is to that in the Budget. There’s certainly cause for optimism after a dreadful year.

Oil is seeing some profit taking, it seems, just as WTI was preparing its assault on $60. There still appears to be plenty of momentum in the rally so that push may still come but it’s been on a strong run and with holiday’s now in various countries, it seems a sensible time to be seeing a pull back.

Another large inventory drop on Wednesday gave oil prices a little pop but we’ve quickly seen this undone as profit taking kicked in. Fundamentals still look good for crude markets though. We’re edging ever closer to economies reopening and people breaking free of their homes and, who knows, maybe even their borders. A demand surge in summer should continue to be supportive for oil prices, as long as OPEC+ doesn’t pull back too quickly and we don’t see a surge in US shale output.

The dollar has found some support in recent days as the index approached the key 90 level, a break of which would be bad news for the greenback and music to the ears of gold bulls.

Instead we’re seeing a rebound, with the dollar index above 90.5. A move above 91 would be a psychologically significant move, with it having been the neckline of the inverse head and shoulders and coming after it rotated off key fib levels.

All of this could be bad news for gold which had been enjoying some reprieve and rebounded as high as $1,855. It’s now heading lower once again and could soon test $1,800, the first test of support. Below here, $1,785 and $1,765 are key, the February and November lows, respectively.

Can bitcoin surge above $50,000 amid a flurry of positive news?

Bitcoin is pushing higher again today, eyeing more record highs as it inches ever closer to $50,000.

There is clearly some nervousness around this level. We’ve all seen what corrections look like in cryptos and perhaps some are getting anxious about the possibility of one here given the psychological significance of it.

Of course, the flip side of this is that a move above could see it explode higher and the push comes amid a flurry of good news stories for bitcoin.

Tesla’s investment seems a lifetime ago already and Mastercard and BNY Mellon joined the party this week. Who’s next and what will tip it over the edge and trigger the next surge? It’s quickly become the dominant news story which has also never been a bad thing for the space, given its desperation for acceptance.