Employers likely added more jobs in February, but economists say there’s no bounce back yet 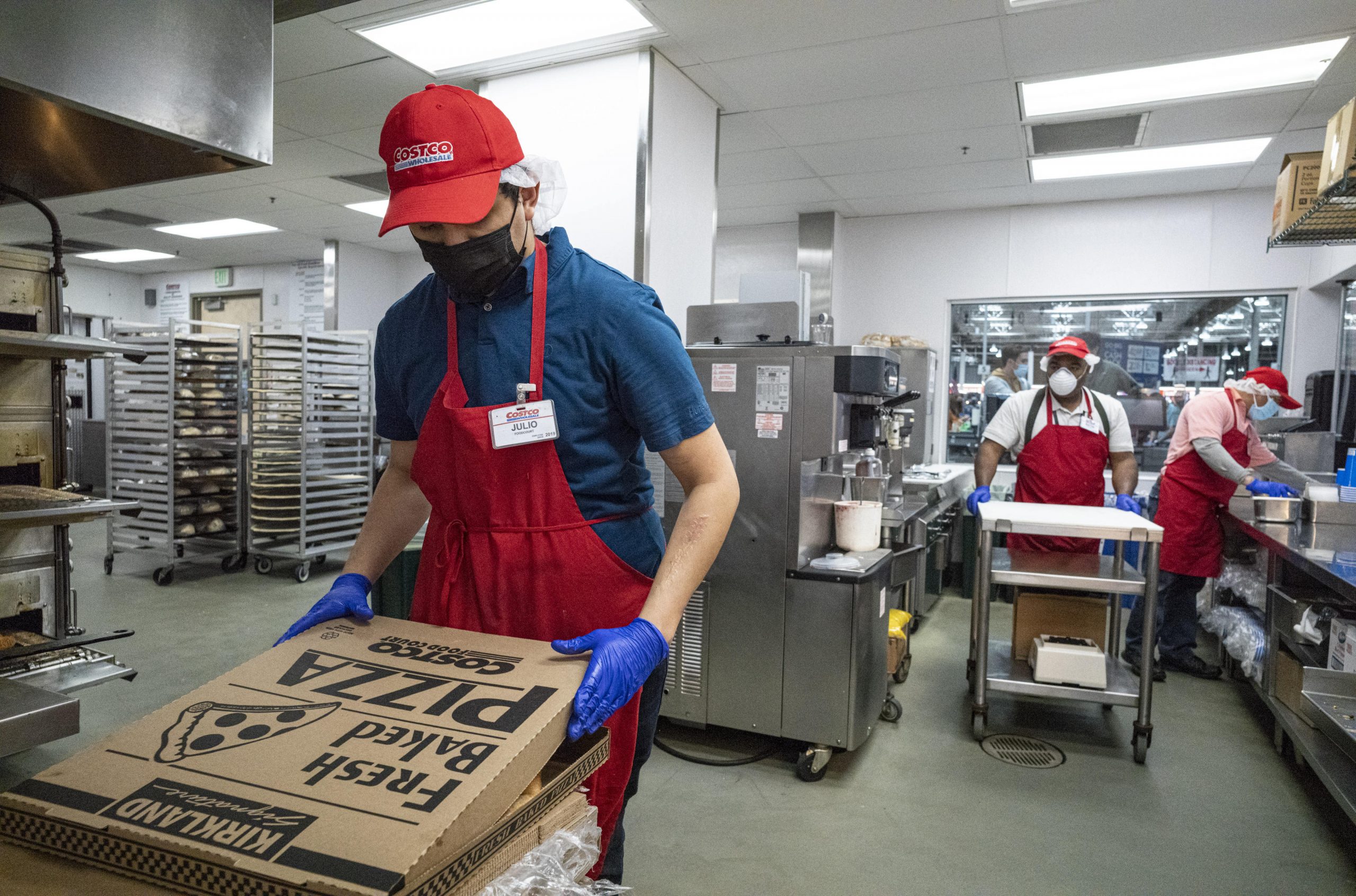 A worker wearing a protective mask boxes a pizza inside a Costco store in San Francisco, California, on Wednesday, March 3, 2021.

Hiring likely improved in February as more of the economy reopened, but winter weather could have hampered some activity.

Economists expect to see 210,000 payrolls were added in February, compared to just 49,000 in January, according to Dow Jones.

The unemployment rate is expected to have remained at 6.3%, but in coming months the level is likely to keep dropping as more of the public becomes vaccinated and service sector jobs return.

The range of expectations for job growth is wide, with Citigroup economists expecting 410,000 payrolls were added in February.

The U.S. Bureau of Labor Statistics is expected to release the employment report at 8:30 a.m. ET Friday.

“After two months of softer monthly employment reports, we expect a solid increase in February jobs of 410k. The reference period for the February payrolls report sits on the brink of new re-openings after increased activity restrictions and business closures over the winter months. Strength in our forecast is tied to rehiring of leisure and hospitality employees,” the Citigroup economists wrote.

But Michael Gapen, chief U.S. economist at Barclays, said he does not expect that much strength in February.

Gapen said there are signs hiring improved starting in mid-February, and he expects just 100,000 jobs were added.

“It’s right to expect momentum in the labor market will improve with the combination of reduced case counts and general easing in restrictions, and moving away from adverse weather may bring you a bounce in the March employment number,” he said.

“I think December was the trough,” Gapen said. “January was a little better and February and March should get a little better than that. I think the debate is how much showed up in February versus March.”

He said he expects weather will be a factor for the report, and construction and manufacturing jobs were likely affected by that.

“I still think the most important numbers are the vaccination numbers, and the jobs will come after that,” said Gapen. “I think the vaccine information is still the first order information, and things like employment are the validating factors.”